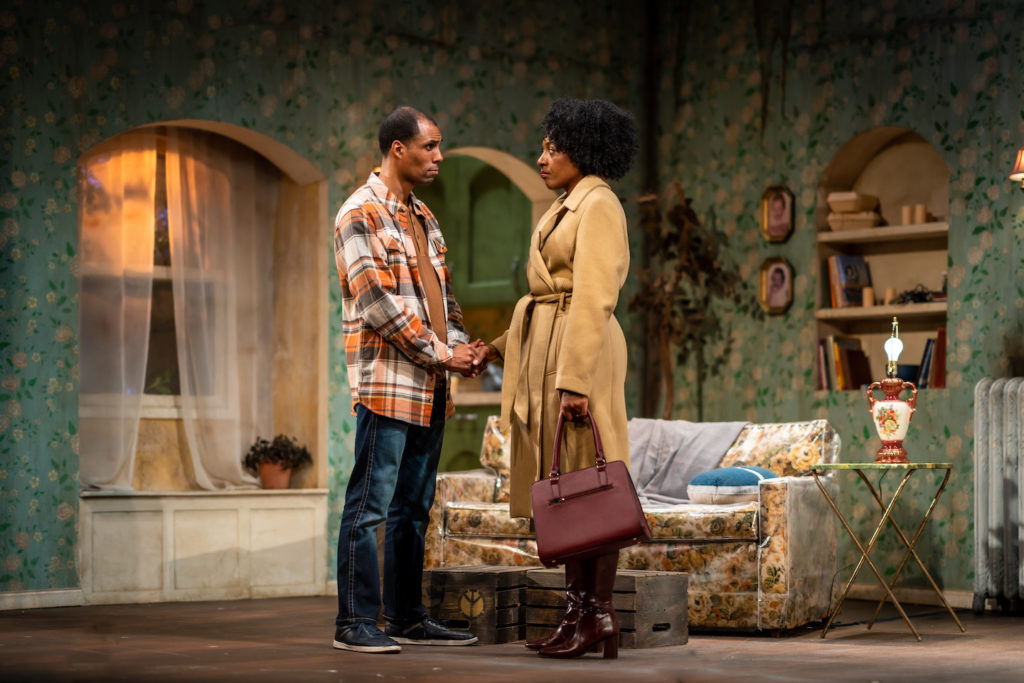 The play: “Mud Row” by Dominique Morisseau
The production: Gulfshore Playhouse
The location: Norris Community Center, 755 Eighth Ave. S., Naples
The dates: Through Jan. 29; 7:30-Wednesdays-Saturdays, matinees 2 p.m. Saturdays, 3 p.m. Sundays
Tickets: $45-$80; gulfshoreplayhouse.com or 239.261.7529
The character to watch: Davin (James Holloway), as the peacemaker, the optimist who sees a hopeful denouement to all conflict. His wife rolls her eyes at him—but thoroughly admires him.

“Mud Row” is the work of a playwright a number of Neapolitans have seen in the musical “Ain’t Too Proud—The Life and Times of the Temptations.” Dominique Morisseau tackled that story impressively, intentionally elevating it above jukebox status. In “Mud Row,” she turns her eye toward the fertile ground of familial relations.

The central characters are two pairs of sisters with different needs and aspirations that are constantly being tested by their family character of “love, fight and togetherness.” In a series of paired eras within the dilapidated Jeeter homestead, we see Fran and Elsie, the latter of whom will bring the current-day Toshi and Regine into the world.

The play revolves around the house, which Regine has been willed but wants to be rid of; and into which Toshi has moved herself, with intentions of healing from decades of addiction and crime.

Through the conversations of their now-gone aunt and mother and their own confrontational relationship, we see how the pairs serve as tinder to their own fires. But in the end, they know they can somehow count on each other.

Toni Lachelle Pollitt and Lilian Oben play the two pairs with astounding agility. Both glide between their characters with the right amount of family resemblance but no carbon copying. And these are a set of sisters that are easier to love than to like. Fran is close to humorless, constantly simmering with the heat of the injustice she marches against in the civil rights era; her contemporary Toshi’s early swagger introduces her to us as entitled and short-sighted. Elsie is benighted in a different way, believing she can only rise to respectability on the arm of a man; her daughter Regine clings to her academic and career achievements as she would a teddy bear.

They will hardly help Regine when her husband has been locked in a room by Toshi’s boyfriend to force her to listen. In the progression of this play, it’s Toshi who must advance the most, and those around her must believe in her. That is a tall order after Toshi, during her drug-addled years, has stolen Regine’s car, $500 from her wallet and her prized locket, a gift from her Aunt Fran. Locking Davin up is only the latest in decades of emotional injuries.

In fact, therein lies an issue with this play. Before Toshi’s decision to flee home, these two obviously forged bonds, but we learn little about them beyond the fact they were both required to cut their own switches from a tree in the backyard for paddlings. The grim story around a Ku Klux Klan murder in the family doesn’t serve as well as more of their shared history would.

James Holloway as Regine’s husband, Davin, and Philipe D. Preston as Tyriek, Toshi’s rehab savior, are adept in their supporting roles: They play men who love these women, even if they can’t always understand them.

The set of Edward E. Haynes Jr. gives the once and future parking lot, the Jeeter home, a perverse beauty. Every hurricane veteran will cringe at the watermarks coursing down the living room walls. José Santiago’s lighting also subtly tracks the colors that play into Toshi’s visions about this space and their hopes for a life in it. Ivania Stack’s costuming give Toshi the authentic look of That Girl You Were Afraid of in High School.

Playgoers should know there’s one scene of violence in “Mud Row” when Davin walks in on the house’s family squatters. Further, a bit of the language is what you think of as contemporary raw.

But anyone who has struggled with a family member’s addiction or who has faced a sibling rift that needs healing—of course both sisters think their mother loved the other better—will find themselves immersed in the question of what should happen here, and why.

And they’ll likely be asking what course they would, or should, take long after the curtain comes down. That’s what good theater is supported to do. 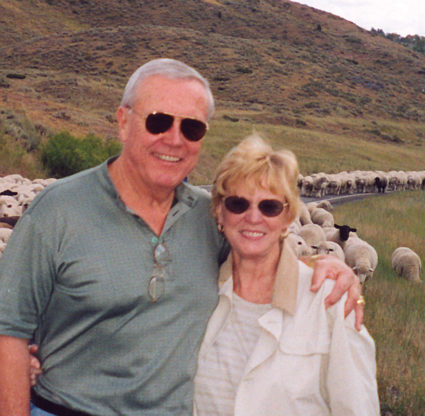