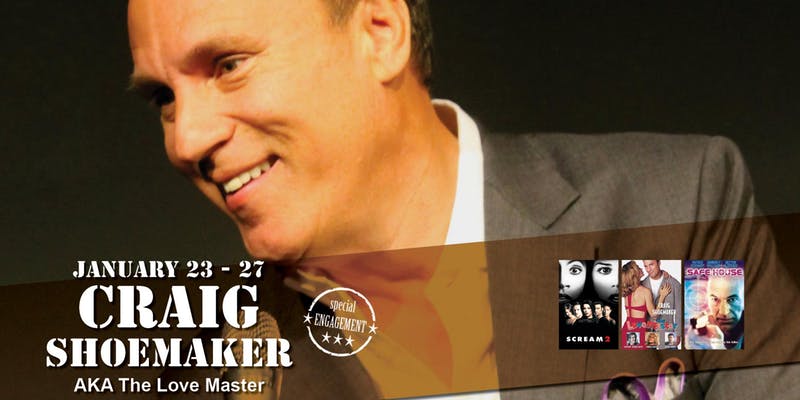 Almost too good to be true...but, he is!

Craig Shoemaker's extensive accomplishments, spanning more than three decades, are beyond impressive. He has performed for major television and cable networks, writes for the hit sitcom Fuller House, a radio guest on countless stations, hosted his own syndicated radio and podcast shows, on stage stand up, performances on Broadway, has written two children's books, invented ON Hold advertising and hosted motivational presentations and speeches; all with audiences ranging from 50 to over 70,000 people.

These efforts have earned him accolades included, but not limited to, Comdian of the Year by American comedy Awards; Number One comedy routiine of all time by XM Radio; iTunes #1 comedy album; The Last Stand Up, coted in the top 20 on Comedy Central; two Emmy awards; an induction into the Association of Transformational Leaders and the Communicator Award Crystal prize. And, let's not forget to mention, the honor of performing for four United States Presidents.