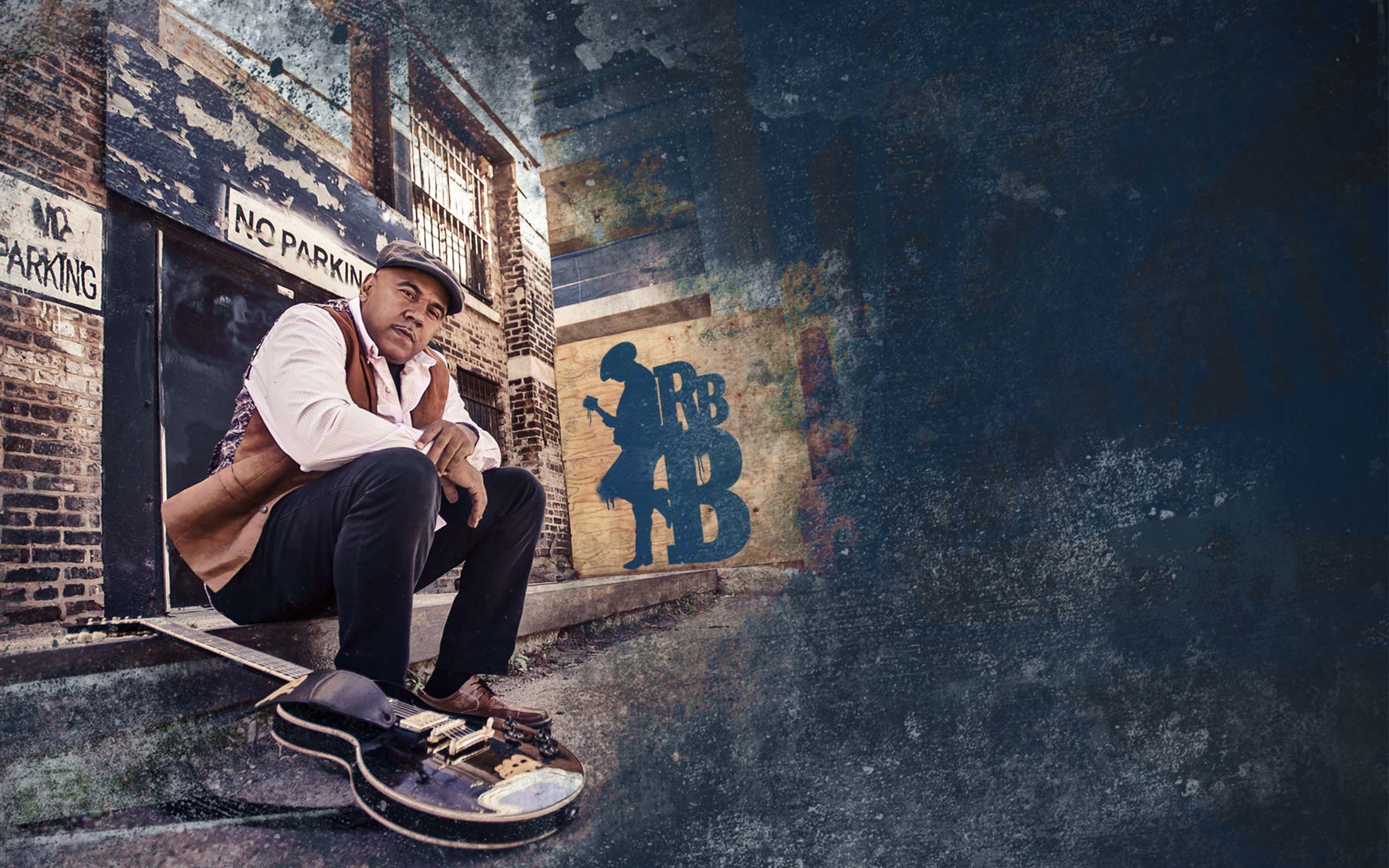 Chicago blues and soul blues guitarist, singer and songwriter Ronnie Baker Brooks performs a concert at the Center for Performing Arts of Bonita Springs Saturday, April 4 at 7:30pm. Ronnie was a respected club performer in Chicago, before recording three solo albums for Watchdog Records. Brooks, 49, likes to treat each album he makes as a platform for him to grow, but the reality is that he’s been climbing the blues world’s latter all his life. He was born in Chicago, and started playing guitar around age six. At 19, he joined his father, who by then had influenced some of the most well-known bluesman of our history: Jimmy Reed, the Fabulous Thunderbirds, Johnny Winter, and Junior Wells. For 12 years the two would tour together, putting Ronnie out front with Eric Clapton, B.B. King, Buddy Guy, and Koko Taylor. In 1998, when he was 32, his father told him to go solo. Baker already had a band by then, one he’d been touring on the side with since 1992. But by 1998 he’d started a label; that year he made his first album, “Golddigger,” 16 songs tracked out in two weeks. “My dad always said to keep writing, even if you don’t think the song sounds great or you can’t finish it,” says Baker. “Write. Continue to write. The more you write, the better you get.” “Take Me Witcha” came three years later; his second album on Watchdog Records. Brooks broke out as his own champion on 2006’s “The Torch.” The Boston Herald called it “ferocious and unrelenting … the year’s best blues album.” In the ten years since “The Torch,” Brooks has started a family, toured North America and Europe, and taken feature spots on the records of other bluesmen. He produced Eddy Clearwater’s West Side Strut and contributed guitar work to albums from Elvin Bishop, the Legendary Rhythm & Blues Review, Billy Branch, and Big Head Todd. “Times Have Changed,” Brooks’ first album in ten years, carries with it the weight of grown perspective and time spent perfecting old material. Brooks worked it with Steve Jordan, whose work runs from Keith Richard to Stevie Wonder, John Mayer and Eric Clapton. With that comes a lesson in rhythm and blues history. Brooks refers to the director as “a walking encyclopedia of music detail and equipment,” a professor through which Brooks could take that next developmental step. “Once we got the ball rolling, my confidence went higher and higher,” he says. “I’m a better musician for this experience.” The experience Brooks is talking about is that which came together over the course of a few weeks at Royal Studios in Memphis, the home of Al Green, Syl Johnson, Bobby “Blue” Bland, and O.V. Wright, whose 1974 hit “Blind, Crippled, and Crazy” gets a facelift on Times Have Changed. Jordan and Brooks brought in a mint press of Memphis music royalty: Stax Records staple Steve Cropper (Booker T. & the M.G.’s, Otis Redding, Sam & Dave), Archie Turner (Al Green, Syl Johnson, O.V. Wright), jazz saxophonist Lannie McMillan, and R&B icon Angie Stone. “Times” also comes laden with original hits. Five of the eleven tracks were penned by Brooks. Raised on others’ music, he’s always considered the songwriting process to be as sacred. “It’s like having a baby,” he says. “You see it come to live. Once you play it live, it grows even more. That was the most fun part of it, for me: the creative side. Coming up with a song people can relate to, and you relate to, it just snowballs. It’s almost like therapy for me. Like the song ‘Times Have Changed’: I wrote that song years ago. I sent Steve my songs and he picked that one. It’s kind of timeless. Every day something’s changing. Now, when I play it live, you can see the effect of it. Initially, it was just an idea: just a riff. Now, this song has influence on people. We were just in Europe this year, after the bombing in Brussels. And we’re playing Brussels. I played that song; people were in tears. It helped them heal.” It’s on that title track that Brooks brandishes what may be his finest songwriting talent: the ability to humanize social issues and unite different voices into one cohesive thought. That’s no more evident than in the latter stages of the song, in which Brooks deploys his longtime friend, Memphis’ Al Kapone, to drop 32 bars on what the future holds for our people. “My whole intention, when I started with “Golddigger” and up through this one, was to be authentic enough for the older generation but have something that the younger generation could latch onto,” says Brooks. “I try to be that bridge. With “Take Me Witcha,” I’ve got a rapper on that. On “The Torch” we went with Al. He’s a bridge. He’s a bridge from blues to hip-hop. With music, it all comes from the heart. It comes from the heart and from the soul. It blues, it doesn’t matter what you’re talking about, it definitely relates. The Centers for the Arts Bonita Springs is thrilled to host Chicago bluesman Ronnie Baker Brooks, a talented musician with a powerful sound. “Ronnie Baker Brooks might have been born into a legendary blues music family, but he has developed a sound of his own that shows his passion for the blues.” Said Susan Bridges, President of the Centers for the Arts.