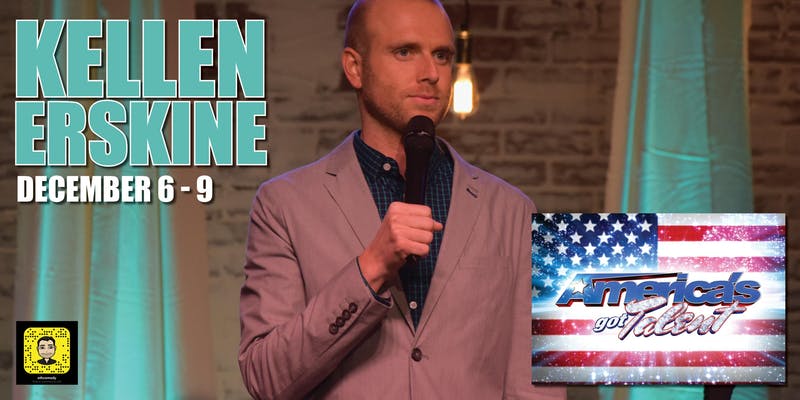 Here comes the next rising star on the comedy scene. If you have not heard of Kellen you will very soon! Kellen Erskine recently made his late-night debut on Conan, and was featured on season 7 of NBC's America's Got Talent. He was selected as one of TBS's Top Ten Comics to Watch in 2017 and performed at their prestigious New York Comedy Festival. His jokes have appeared in many publications including the Reader's Digest. Kellen has been a finalist of both the San Francisco International Comedy Competition and the Great American Comedy Festival; he has also performed at the Bridgetown and Big Sky Comedy Festivals.