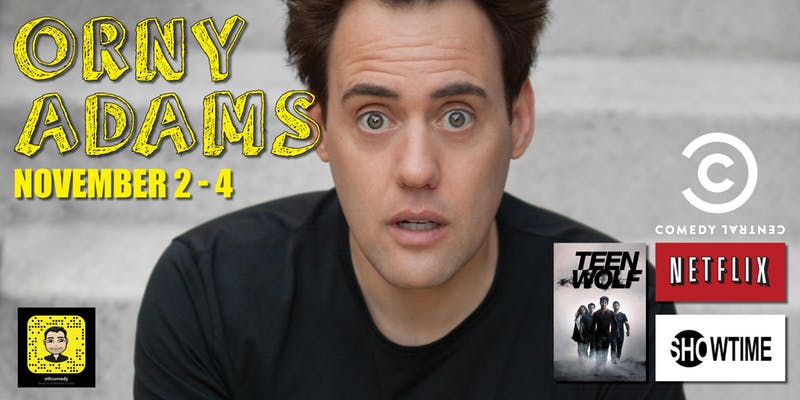 Orny Adams delivers a powerful, incisive standup routine that vacillates between the relevant and the absurd. Orny attacks what’s wrong with the world and sometimes even what’s wrong with Orny. He’s brutally honest, satirical and his performance is ceaselessly energetic.

Orny has had one hour stand up specials on Netflix, Comedy Central and his third special “More Than Loud” is airing now on Showtime. Adams has appeared all over television, most notably on The Tonight Show, Late Night with David Letterman and The Conan O’Brien Show. And you might also recognize him as Coach from the TV show Teen Wolf which ran for six seasons.