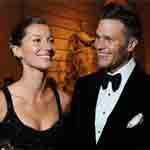 Note: Not everyone you meet will be as hot or cool as Gisele and Tom.

If you didn’t make it to Gulfshore Life’s Hot Pink Party (which launched our Hottest Singles October issue) last night at Rocky Patel’s BURN, you missed an evening filled with beautiful people shopping for other beautiful people while holding flutes of champagne. Basically, for readers of this blog, it was Christmas.

In case you didn’t know, our October issue, which is on newsstands now, features eight of Southwest Florida’s best singles, and they were on hand to help celebrate being single by trying to find someone special. It’s a conundrum only the unfettered can understand.

An annual excuse to gawk and meet people, it made us realize just how important events like this are to varying your search for someone special. We can go to The Edison or Blue Martini for months on end and not meet a huge variety of people. But when you put yourself out there at one of this area’s many fundraisers or events, you have no idea who or what you’ll find. Last night we met lawyers, doctors, motivational speakers, gym owners, store clerks, pharmaceutical sales reps, retirees, dancers, teachers, a musclehead, some creepy old guys, a few waitresses, a girl wearing a table covered in cupcakes and some college interns. That’s what you call eclectic.

And with the season upon us, we’re thinking it might be a good idea to buy tickets to some benefits that might help get you out of your dating rut. You need to meet new people and mix it up. Of course, do your research. Some of them can be horribly dull and attended by nothing but retired annuity specialists. But others, like tonight’s Some Enchanted Evening Bachelor Auction to benefit the Cancer Alliance of Naples at the Hilton Naples, will be a ton of fun. And best of all, you get to buy someone! (Actually, it’s more of a short-term lease, but you know what I mean.)

He is done with me. When we first met, he was clear the distance would not be an issue. He said, “I don’t mind driving to meet” and I said the same thing. Now he says I was drama and he doesn’t want drama. I agree that I was being a little emotional, but I don’t feel that I was being unreasonable. And I don’t think that what my intuition was telling me was that far off from the truth. If a guy isn’t either making plans for our next meeting, it just isn’t that important to him. If he was really into me, then he would make sure that he is holding my attention and not giving another guy the opportunity to get time with me. I guess I’ll just wait for that guy—the one I don’t get an off-feeling about. 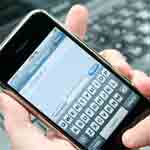