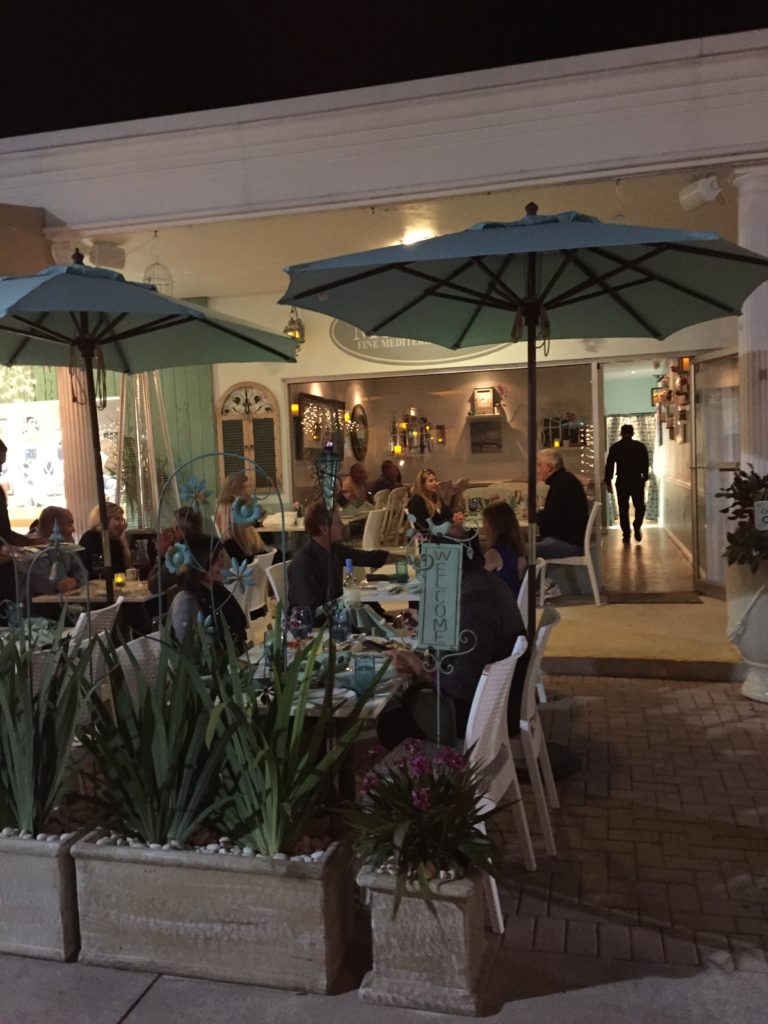 Over the years, I’ve found that when I let my internal compass steer me, I’m never disappointed. On a recent walk in downtown Naples, I stumbled upon Mediterrano, a tiny restaurant across from Le Lafayette off Third Street. It had only been open for three days, and I was intrigued.

Menu interesting? Check. (Dishes with accents from countries around the eponymous sea—bonus points for wines from Slovenia, Croatia, Israel and more regions worthy of discovery, plus, of course, requisite Italian, French and Spanish selections.) Décor inviting? Check. (A lovely sea green-and-white coastal vibe.) Diners on the packed patio seemingly enjoying themselves? Check. (Smiles, laughter and no audible complaints.) Yes, please, I’d like a seat. I frantically waved for my family who were lagging behind to join me, barely containing my excitement.

There was something very comforting about the place, even with the craziness of season and the fact it had been open for less than a week. The hands-on nature of the owner, Milos Ljubenovic, has everything to do with that. He tended to each of us and the other customers as if we were all old friends. He had no problem poking some fun at himself, cracking a joke about how he was the waiter, host and also a remodeler for-hire, as he and his brother crafted every element of the aforementioned dining room by hand. (In case anyone out there may doubt the sincerity of his actions, he had no clue I was a food writer.)

While this is Ljubenovic’s first restaurant in Naples, he has another, larger place in Ohio (200 seats versus the not even 50 total inside and out here). He is hoping to divest it so he can spend all of his time further south—and who can blame him after the winter they’ve had? He has come to Naples on and off over the past decade to work during the frozen Ohio winter, and he actually met Mediterrano’s chef, Andrew Palazzo, years back when they were both at Vergina on Fifth.

As for Palazzo’s work, he and Ljubenovic were going for coastal cuisine across the entire Mediterranean Sea. Most of the dishes are not strict interpretations of classics, like a Moroccan tagine or Greek saganaki, but rather they take culinary cues from various countries and regions but are unique unto themselves.

We devoured a lamb flatbread (more like a warm pita bread with toppings, but savory regardless of how you describe it). Shavings of meat were enhanced by creamy, pitch-perfect goat cheese and a stewed carrot-onion-celery demi-glace. Another hit was my lamb shank—braised with tomatoes, carrots, potatoes and a delightfully heavy hand of fresh rosemary. We loved the fact that the potatoes were roasted separately before going into the dish, so they had a lovely caramelized crunch. A paella was generous and bountiful with clams, mussels, grouper and more simmered with fragrant and flavorful rice.

Lastly, our desserts got stars for presentation and taste: A house-made baklava was served on an elevated glass dish with plump berries surrounding it, and a limoncello was both refreshing and fun to eat in a Champagne flute.

When Ljubenovic offered to hold my 7-month-old daughter (who didn’t want to stop bouncing on mommy’s lap long after my food had arrived)—it was then I realized this was more than a meal. It was a thorough embrace of the Mediterranean through a warm, welcoming cultural ambassador in Ljubenovic. True, his native Serbia is technically land-locked, but the same values of Croatia or nearby Greece and Italy translate past the hour’s drive over a demarcated political boundary. That spirit of hospitality is on display in full force, comforting hungry Neapolitans who happen through the door. 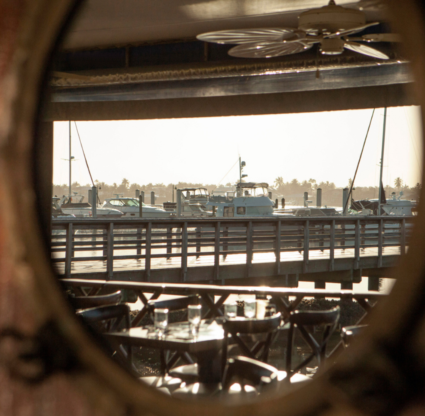 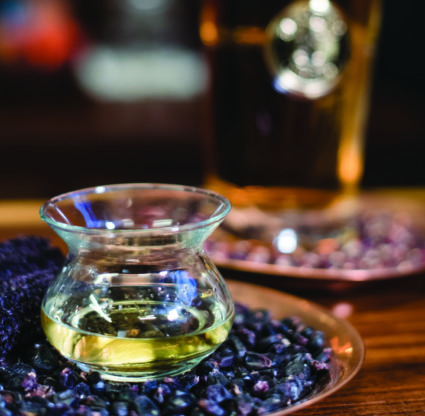 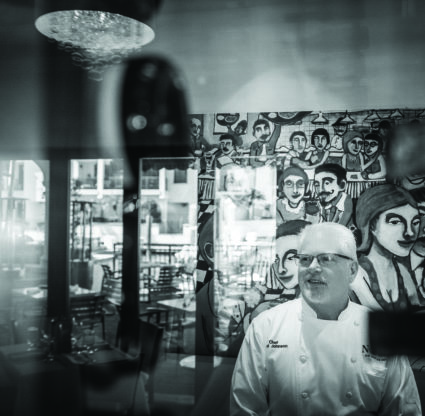 Chef Todd Johnson, of Lee County fame, returns to Naples with his first independent project, Nosh on Naples Bay.
CONTACT US TERMS OF USE