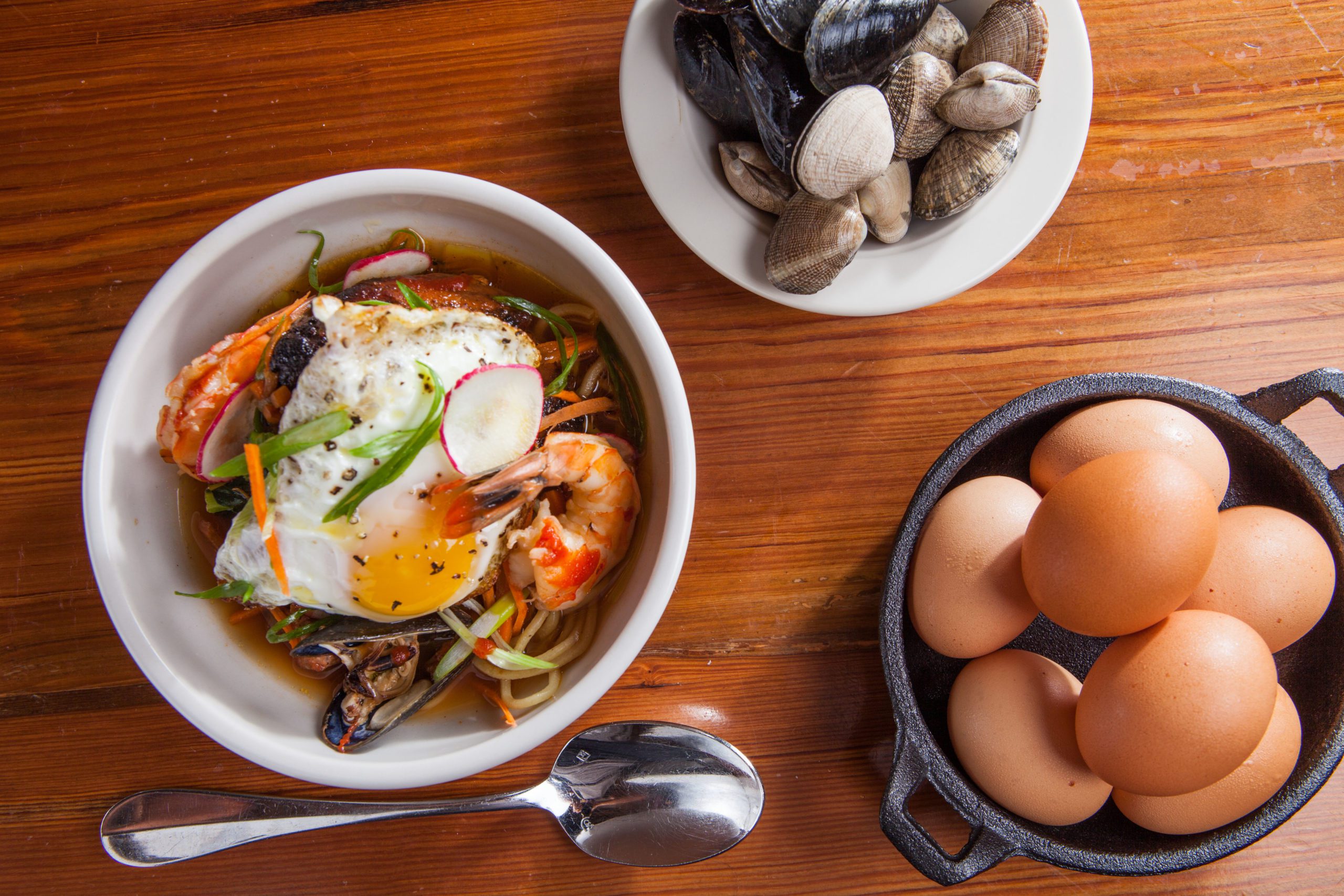 Use your noodle: What time of year can a cook have the most fun? When the sun never sets (or it seems so at least!)—and when the land of the rising sun makes its way onto a primarily Italian gastropub’s menu. That’s right, this summer Chef Vincenzo Betulia has unfurled a unique theme night at Bar Tulia. Every Thursday from now until the sticky-hot days become a distant memory and the cooler ocean breezes bring back the snow birds, Neapolitans can get a taste of Asian street food on Fifth Avenue South.

Aside from the popular Roman Ramen on the regular menu, a fried egg and scallion-topped fresh noodle dish with jumbo shrimp in a clam-kombu broth, the weekly specials can include dishes like chow fun with Kurobuta pork, slivered Marcona almonds and a sprinkling of black sesame seeds or a teriyaki chicken satay with jasmine rice, apple-fennel slaw and stir-fried Napa cabbage.

The pairing is a smart one: What better place to experiment with rice and hand-crafted noodles than one that has staked its reputation on them? It also doesn’t hurt that Scott Friedman, Bar Tulia’s lead cook under Chef Betulia, is an alum of Boston’s popular Blue Dragon (TV veteran Ming Tsai’s Asian gastropub). “We thought it would be fun and witty to create something completely different,” Betulia says. “I felt it would be a good fit because it’s so different and it’s only one day a week.”

And, as most of us know (and lament), Fifth Avenue South and arguably Naples as a whole is lacking in trendy, rule-bending ramen shops for 21st century aficionados of dumplings and scallion pancakes—so to be able to have both on Thursdays at Bar Tulia is definitely a reason to raise a glass of Jungle Punch or a Singapore Sling (also on the special menu) to the Bar Tulia team.