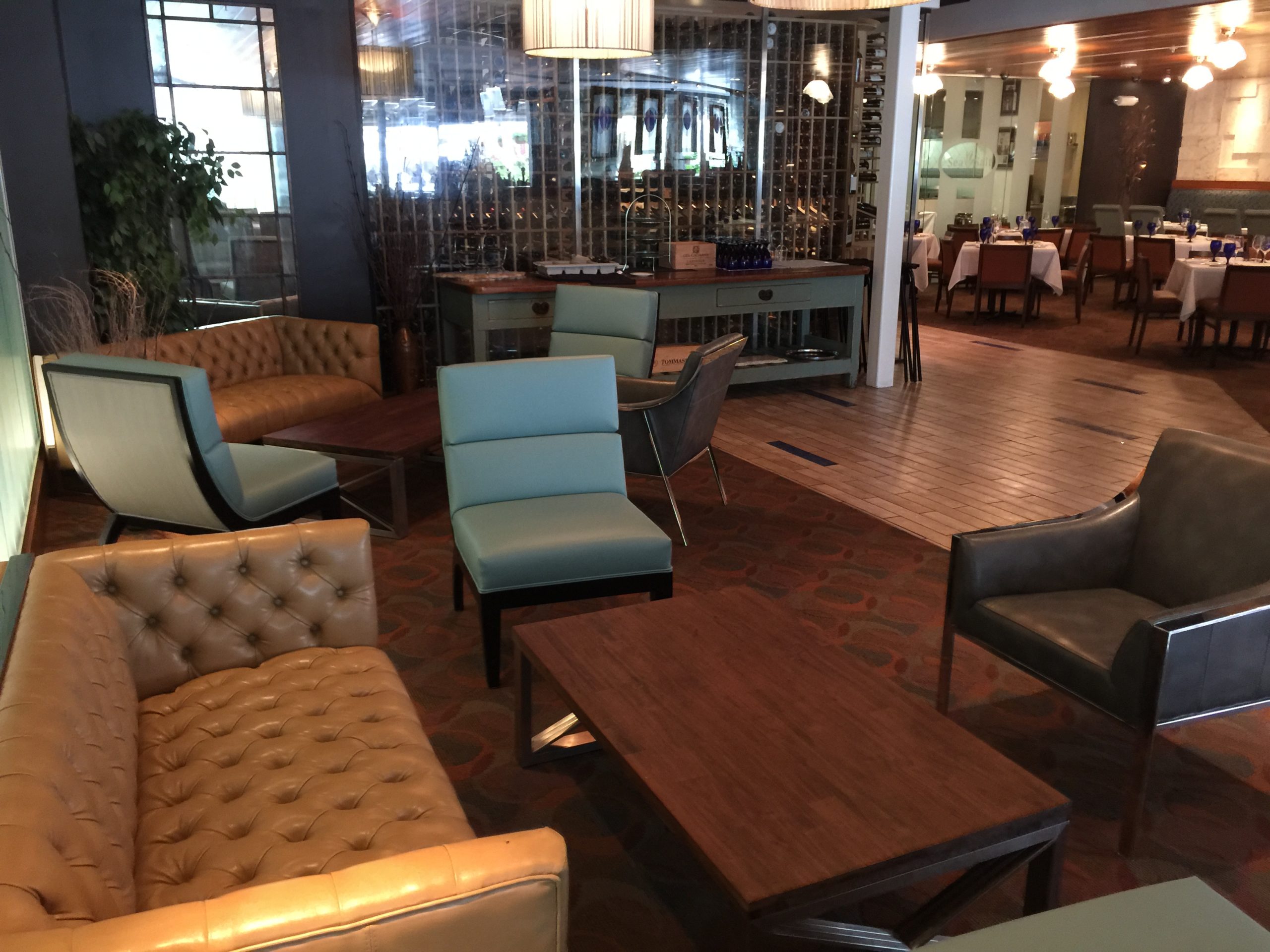 Part of the fun of having restaurants that endure the test of time is seeing what new ways they reinvent and update themselves. No place is better at this than Sea Salt.

A few months ago, a dedicated pastry chef, Chelsea Zeman, joined the team to whip up the likes of elderflower panna cotta with basil meringue and a moscato-poached pear with raspberry goat cheese mousse. In January, Chef Fabrizio Aielli opened a second outpost in St. Petersburg and published a cookbook under the same name. About two years ago, the main dining room got a facelift—tiles came up and handsome carpet was laid down.

A big unveiling in recent weeks, however, hits on both the aesthetics and the food and drink we’ve come to know and love: the Sea Salt lounge—and its complimentary Thursday evening tastings.

The area behind the hostess stand that had previously been used as a semi-private space for larger parties is now filled with tan, tufted-leather settees and turquoise mid-century modern accent chairs circling metal-trimmed wooden coffee tables just begging to be topped with a glass of wine or whiskey. The lounge is open for anyone to stop by and kick back with cocktails, the bar menu and live music Thursday to Saturday, but every Thursday from 6-8 the restaurant is offering sips on the house. On July 2, it’s a flight of summer wines, refreshing whites, rosés and reds. Last week, High West Distillery of Utah paid a visit with its premium craft whiskies. Earlier in June, vodka, gin and even sake were poured.

All we can say, and look forward to, is bottoms up!

“Thursday in the Lounge”