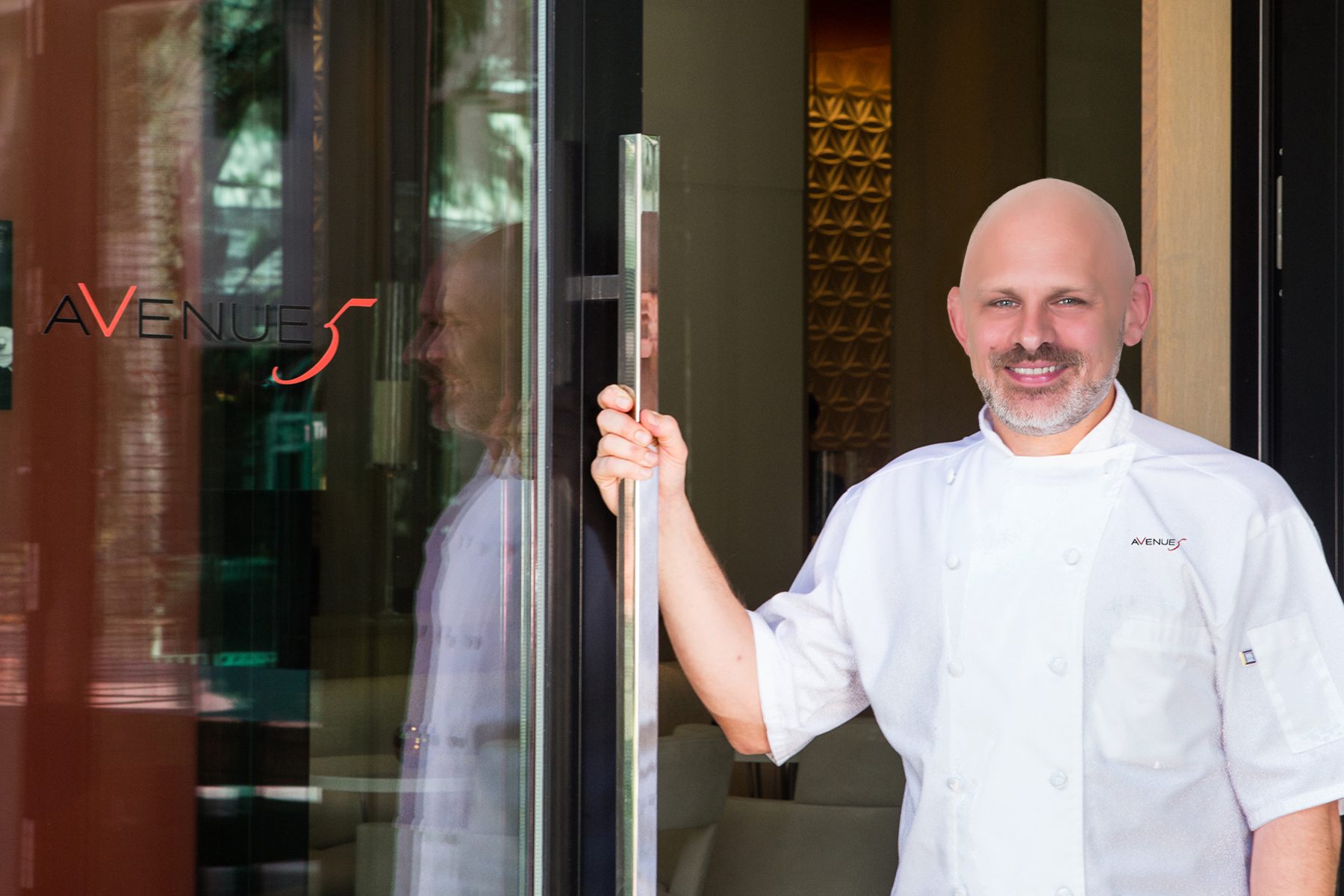 In the latest round of chef chess, David Nelson has been named the executive chef of Avenue5 at the Inn on Fifth.

His commute hasn’t changed—it’s just a few extra paces across Sugden Plaza from Truluck’s where he had been the chef-partner for nearly a decade. While the stone crab bastion and his new place of employment may both be housed in the Inn on Fifth, the two have completely different kitchens, management teams, menus, you name it. In fact, Nelson has released the first round of changes to the food at the most glittery restaurant fronting our most glittery street (gotta love those year-round twinkle lights). He’s kept the modern American spirit for favorites from land and sea but has finessed the offerings—the yellowfin tuna is gone; a creamy linguini with rock shrimp is in; there’s also new spin on free-range chicken (this time with a burnt-orange sauce and gremolata); and a switch-up of sides, adding roasted garlic-parmesan mashed potatoes and truffled mac and cheese.

More changes will be unveiled as time goes on, and we’re excited because Nelson had a big hand in making Truluck’s one of the best dining rooms in town long before Avenue5 burst on the scene in February 2014. Not only did he run the kitchen, but he was heavily involved in development—crafting the seasonally-changing menu, helping to open other branches of Truluck’s throughout South Florida and launching a mentorship program for the company to identify and train promising chefs. His next venture shows promise too, and we will be watching closely.