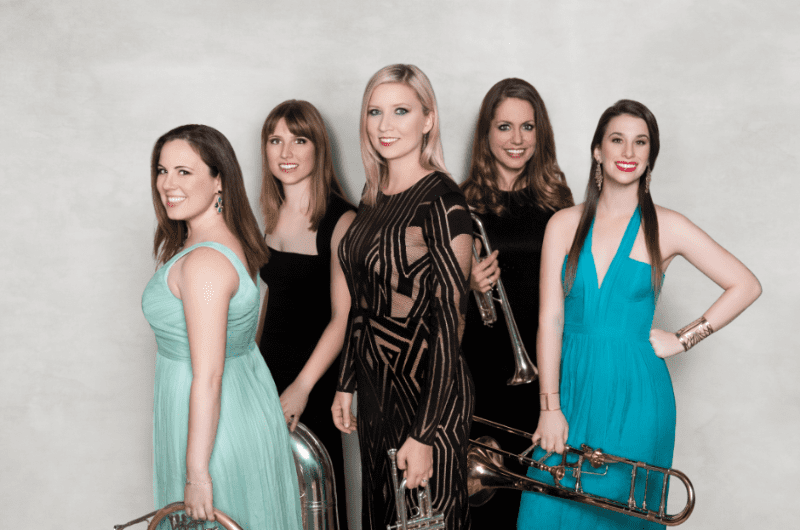 Seraph Brass has been about 10 years in the works, but the ensemble is finally ready for the spotlight.

The all-female group will be performing a mix of classical and modern arrangements at two shows in Southwest Florida in February.

From there, they’ll take off on a country-wide tour that will maybe help make them known as a high-caliber brass quintet.

“We’re really hoping to put Seraph on the map,” said co-founder and trumpet player Mary Bowden, a Naples resident with her husband, David Dash, a member of the Naples Philharmonic.

The idea for the group came when Bowden and hornist Katy Ambrose were in graduate school together at Yale. Ever since, Bowden would raise a question occasionally: “When are we going to get that all-female group together?”

As they both gained more stability and experience in their professional lives, it started to make sense. The timing felt right and about a year and a half ago they found three other members, musicians they had worked with before and were comfortable with, and gathered in Rochester, Minnesota, to play together for the first time. The first half hour was interesting, to say the least, but by the end of the session they felt like a unit. The key to a brass ensemble is how the different instruments complement each other—for instance, how the tone of the two trumpets sound in synch.

“It was just getting to know each other. It’s like a conversation; it’s getting comfortable with each other,” Ambrose says.

The past year or so has been filled with recording music, setting up tour dates, getting marketing materials together—all the things that help meld the personality and image of the group. The next year will be filled with performances across the country, including a van trip across the Midwest in the fall.

They’re an all-female ensemble, but that’s not why you should see them, members say. You should see them because they’re excellent musicians. That said, they’re hoping to give young musicians something they didn’t really have: female role models. The members of Seraph Brass grew up listening to groups like the legendary Canadian Brass, excellent musicians but a little hard to identify with considering they’re all men. Seraph Brass is hoping to set an example and get known as a world-class ensemble that just happens to be all-women. “You can’t be a novelty,” Bowden says. “You have to create great music.”