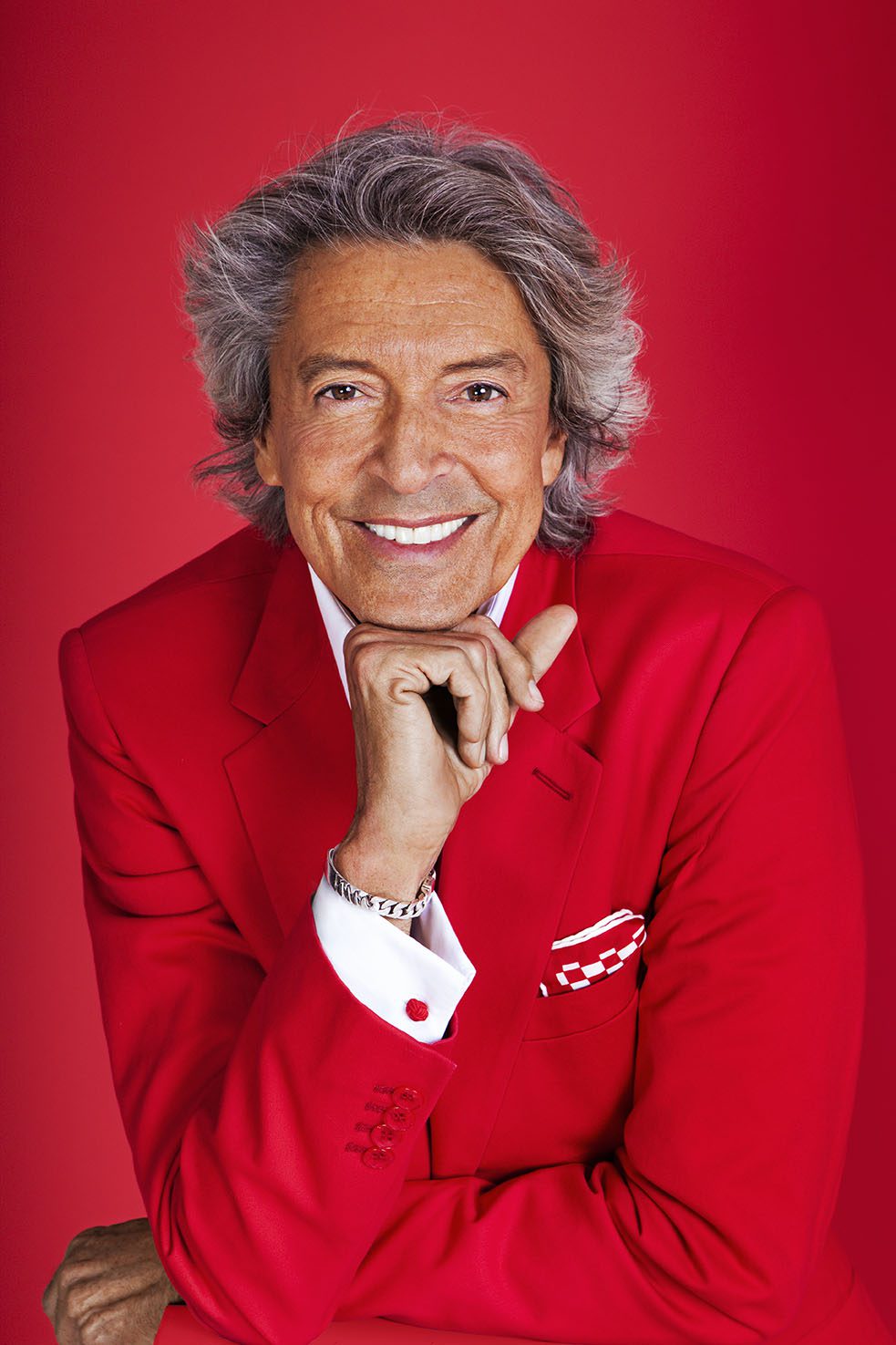 Why TheatreZone? They’re very supportive of the theater world.

I’m just looking forward to being there that time of year. It’s not so great up here, so its going me a wonderful time for me.

What can we expect from your performance? The name of the show is “Taps, Tunes and Tall Tales.” And that's what I give you. It’s sort of an arc, I sort of hopscotch through the arc of my whole career, which I think this might be my 55th year.… I arrived in New York straight up from Texas, but this sort of an autobiography in song and dance. And I use a lot of songs from the songs I’ve done, and then I just use a lot of songs that fit these special times as they appear in my life. I do a lot of Gershwin, Cole Porter.

How did you choose from such variety? Green Day I combine with a song called The September Song. And that’s by Kurt Weill. And the Green Day song I sing is Wake Me Up When Septemeber Ends from American Idiot. I love that song; it's a beautiful song. It’s very—the show’s eclectic, but I do a large amount of Gershwin toward the end. I also do Up on the Roof, which is a Carole King song. They’re all special to me because they are all a part of the puzzle of my performing career. So each one of them is fraught with meaning.

What’s your favorite production you’ve starred in? They’re all my favorites. I’m going to say the next one.

That you haven’t starred in? I just got an offer this very morning … from a theater company in Japan that wants me to come over and direct Grand Hotel in Japanese, and I have a good feeling about that show. I’m very proud of that show, so that's what comes to mind right now; going over there and working with a Japanese cast and making that show come alive again will be a nice challenge.

You received a Lifetime Achievement Tony Award this year. How did that feel? It makes it my 10th, so I am now 10-time-Tony-award-winning tapping Texan Tommy Tune.

I’d been to India and I just walked into my apartment and was putting down the bags and the phone rang. And while I was in India, a very high man, Indian sage, told me that something out of the blue was going to happen to me very soon and it would be something very important, and I walked in the door and the phone call came and they said, ‘We would like to honor you with the lifetime award.’ My bags from India were just on the floor. … I think there is an energetic plan to the universe. I’m sure of it, because we do … keep going but were all connected in some way, but if you tune with that—no pun intended—you keep finding these wonderful things, what you think are chance meetings aren’t chance at all. … It’s more than that. It’s one of the great blessings in life to have those happy accidents. You run into a great friend on the streets; ‘What are you doing in Copenhagen?’

I keep my Tonys on a ladder, like a library ladder, and I stack them up, and there were 10 rungs on the ladder, and then there’s a top rung that wasn't really a rung, and people would say, ‘You should have one more for that top rung,’ and I’d say, Oh, no.’ And sure enough, here it comes, so the day I got it I climbed up up with another ladder and now the picture’s complete.

What award has meant the most to you? Hmm…. I think to the first one, which was so encouraging when I was just getting started. This one was just a wonderful culmination that kind of included all of the past ones, so I suppose that's the crowning glory. And you didn't have to do anything for it except live your whole life doing what you do.

What else are you up to these days? I’m working on a new show, but I’m superstitious, I don't like to talk about it. It’s like having a brown paper bag of sand and someone punches a tiny hole in the bottom. For me that's like talking about what you’re going to do before you do it. It’s foolishness anyway, because not until you've put it on do you know what you've done. It’s like talking about a blank canvas. You have to live it in the moment to know.

What’s something our readers would be surprised to learn about you? I’m a good cook. My parents—we would, growing up, at 4:30 we would all report to the kitchen, my sisters and my mother and father, and we would prepare the meal and we would all go in and eat it. And that was a sacred time. We would work different stations in the kitchen. I learned to bake and be sous chef and broil and sautee. It has served me well in life.