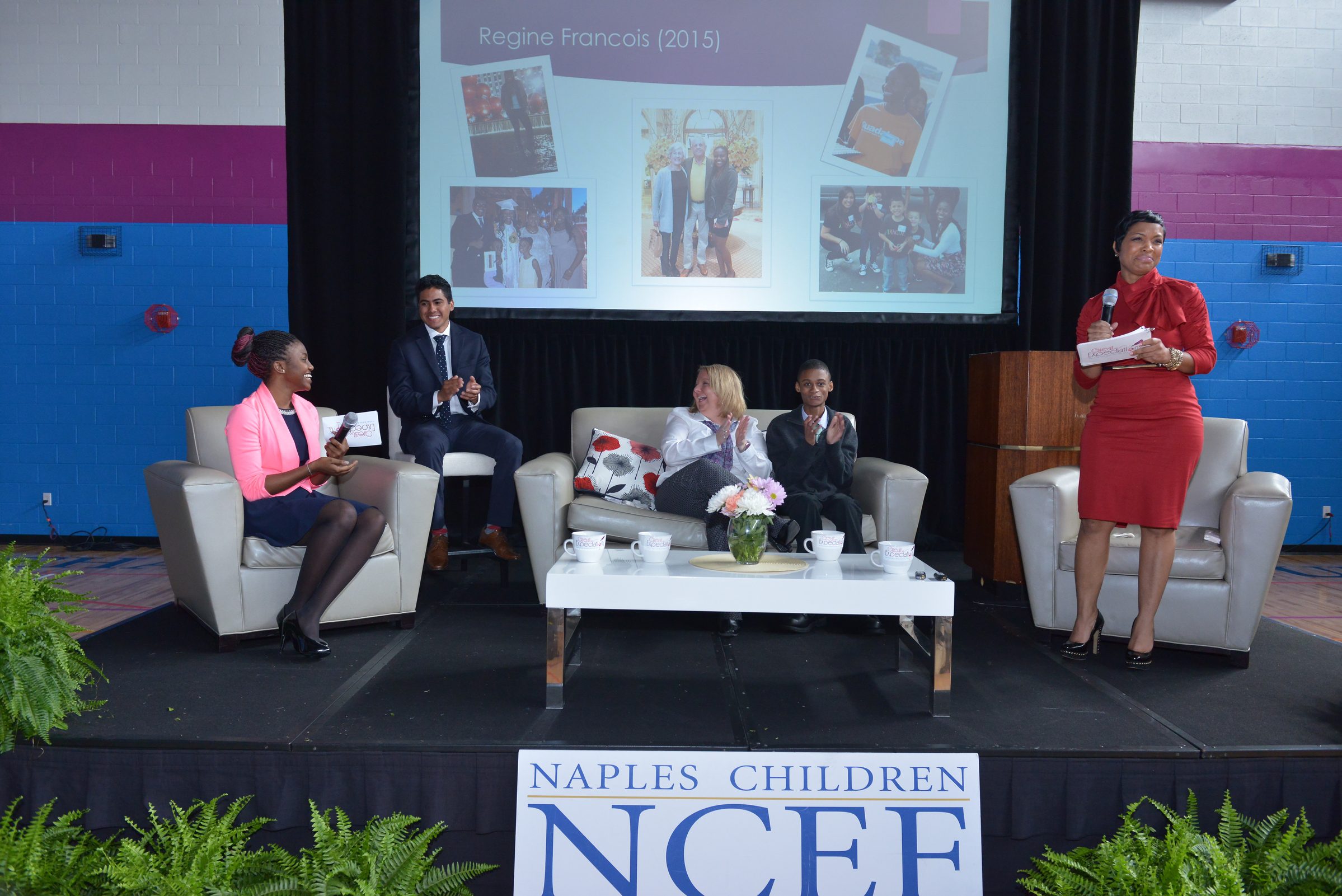 Behind the fabulous food and drink, behind the luxurious auction items, behind the glamorous dinners are the real beneficiaries of the Naples Winter Wine Festival.  The kids. And they got a chance to mingle with the patrons who had come to partake in the festivities.

As shown on Friday at the Greater Naples YMCA, those children whose lives were touched by those organizations are now showing how they benefited.

There’s the story of Max, a 17-year-old whose mother, Beth Hatch, adopted him after he was abused as a baby. He still struggles with a variety of aliments, including Crohn’s Disease, but his mother credits the foundation for helping him get so far.

“I believe Max and so many children in Collier County can thrive … because of your love and generosity,” she told the more than 300 patrons in attendance.

Then there were the stories of Ivan Giron-Cruz and Regine Francois, former Immokalee students who have gone on to college at Florida Gulf Coast University and Columbia University, respectively. They both championed the Guadalupe Center tutoring program for helping them on their way.

“It’s been a heck of a ride,” Giron-Cruz said to laughter from the crowd.

The foundation distributes money in a way that it affects aspects of a child’s life, from early learning to after-school programs to health care. Every five years, it commissions studies to find the gaps in social service aid to low-income children Then it distributes money based on the organizations that best serve to fill those needs.

“We do know that the needs are being met,” said foundation trustee Valerie Boyd.