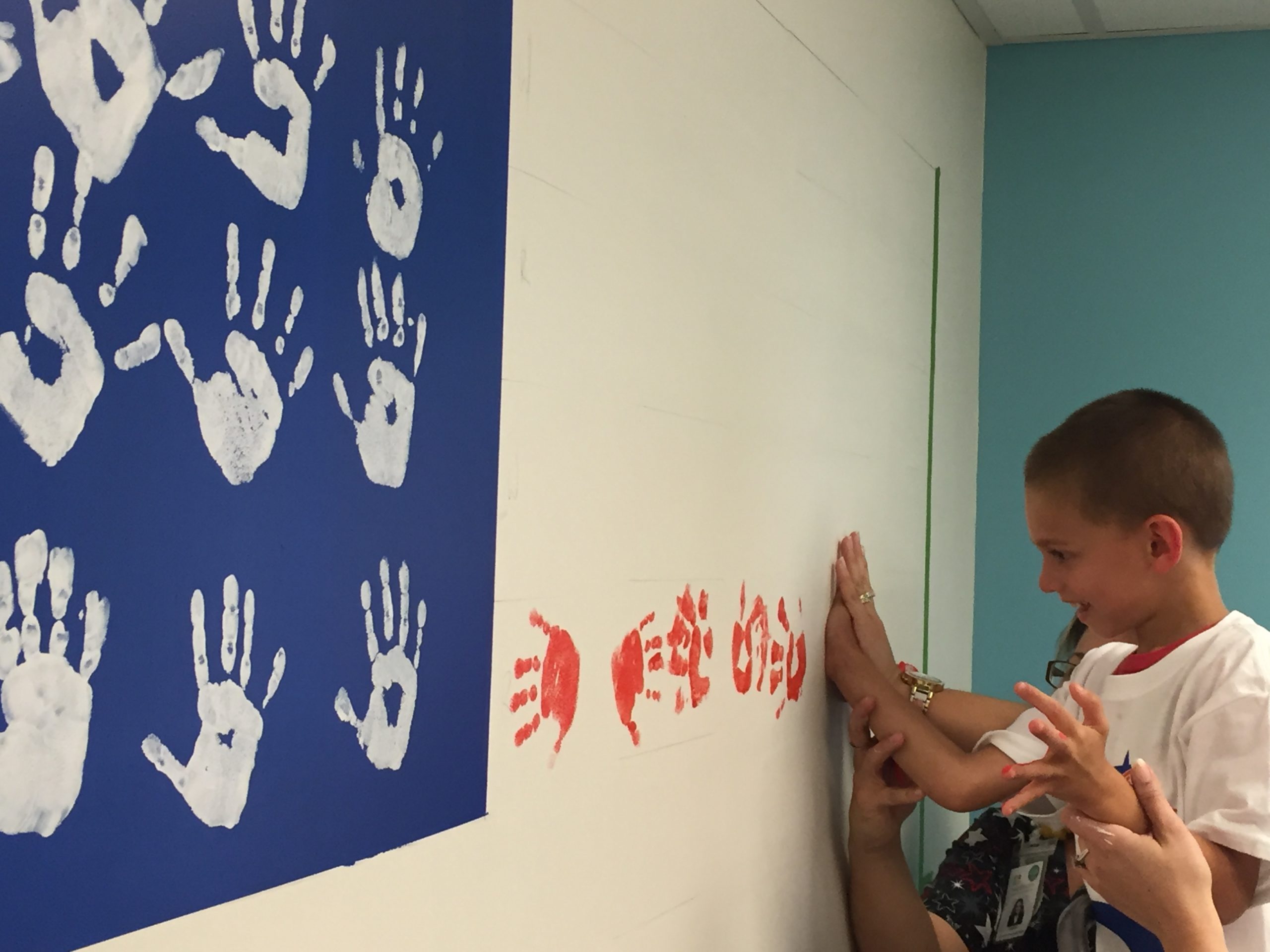 The tiny hand prints came one by one, but by the end of the day, the wall went from a boring white to the Stars and Stripes.

The inaugural "Read, Y and Blue" day at the newly opened Healthcare Network of Southwest Florida’s Nichols Pediatric Center and the Golisano Children’s Rehabilitation Center in Naples brought nearly 60 kids from the neighboring Greater Naples YMCA Thursday (June 30) for an afternoon of storytelling, crafts and other patriotic fun.

The kids left with a book from the K for Kids program, which has given $3,000 to purchase hundreds of books available at HCN’s pediatric centers, but not before getting the chance to cover their hands in paint to create the American flag mural. They also sat for stories about early America and got to meet Gen. Fred Franks of the Home Base veterans care program and an honored guest that afternoon.

HCN’s Dr. Todd Vedder got the idea for the day as a way to showcase the collaboration among the organizations involved and the importance of literacy and patriotism.

“They’re our next patriots,” he said of the kids. And with the flag, they’ve started to leave their mark.