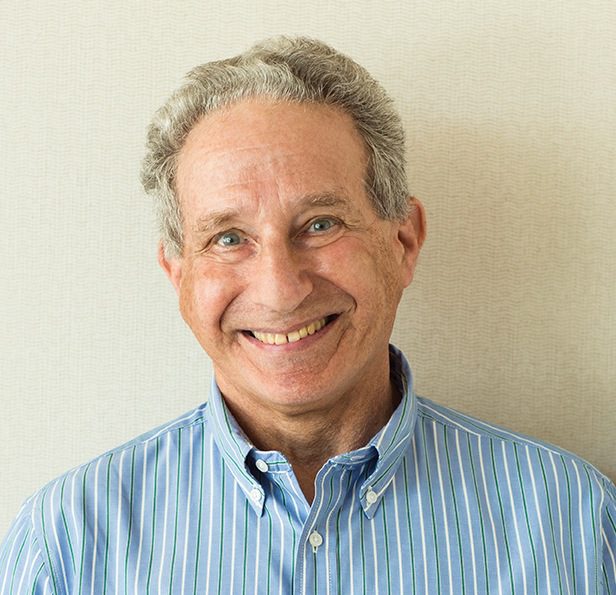 You can call Batya Maman decisive.

When she committed to moving here with her husband and kids from her native Israel in 2003, she did so within 10 days.

You can call her independent.

When, at 8 years old, she felt she was sinking in a family where her mother had abandoned them and her father was struggling to raise six children, she got herself sent off to boarding school.

She calls herself something else.

“I’m a fighter,” she says, and who would dispute that after learning that early in her time here she picked herself up after five days of no water and electricity to become the very successful social media guru she is today?

In this People Issue featuring many fascinating characters, Batya’s story certainly stands out for her passion alone, her will to succeed no matter what the odds.

Her years in Israel were a struggle. No real parenting. No deep relationships with her siblings. But, to this day, she treasures her years in the boarding school—from third through eighth grade. Two Holocaust survivors, husband and wife, ran it for 100 kids. “You had to earn everything,” Batya recalls. “Candy, toys, whatever. We got a great education, learned to share everything, learned to love, and had such great examples in the husband and wife. They were my heart. I couldn't have had this life without those years there.”

Back home, she saw more selfishness than sharing. She got a job at 14, married at 18 to a guy in the construction business and says, “I realize now I did that just to get out of the house.” She had a son and two daughters and got a college degree in education with a concentration in computer technology. As a teacher, she taught stamp collecting in 20 after-school programs to kids from third to sixth grades—“making nothing into something,” she says, with history lessons, maps, biographies, all with her signature passion.

Then came the move to the United States. One of her brothers was living on the east coast of Florida, with some business interests in Naples. Batya fell in love with Naples. “It was scary at first,” Batya admits. None of them spoke English. Batya went to school for daughter Bar’s first 20 days until the child found a comfort level there.  Her husband found work on new construction jobs and on one project told the homeowner of Batya's great organizational skills. She did so well helping the woman move that she was recommended to Keller Williams Realty, which became a great source for clients. From 2004 to 2010, Batya built a successful organizing business—assisting in moves, providing power washing, checking back to keep her customers organized. She did more than 200 homes, including many in Port Royal.

Her marriage ended in divorce during this period. Worse, she says she lost her residency status because of that. With no alimony, no work permit and no driver's license, she lost her whole business. “I was penniless,” she recalls, with three kids and no income.

That's when the fighter in her took over. Stuck at home, with a lot of time to explore online, she reinvented herself as a social media specialist. She got her residency status sorted out, and it will lead to a green card and citizenship down the road. With the help of friends, she networked ferociously and successfully. Yes, she's very attractive, but she also made sure to project confidence and competence, and before you knew it, she was making $50,000 a year and then $250,000. With business and private clients, her message was not to sell products so much as to promote who they really are themselves. She puts out a weekly newsletter and is an inspirational speaker at seminars. Looking ahead, Batya, 42, is wanting to add to the philanthropic work she’s doing and to open a training center in Naples to pass along her secrets for ever-evolving social media success. If she wants it, you know it will likely happen. Her passion rules.