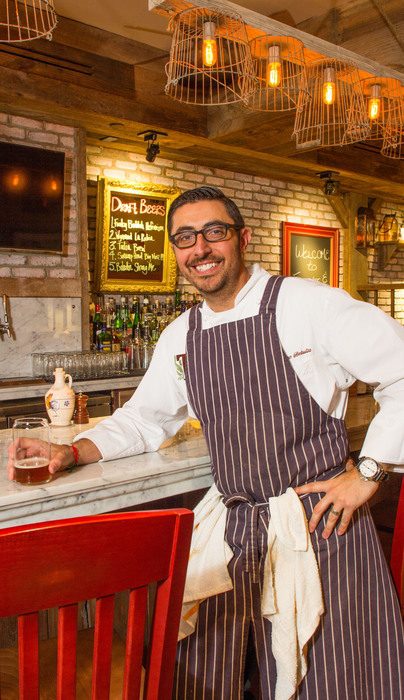 First comes love, then comes marriage—and so it seems true of chefs and the James Beard Foundation.

We were thrilled for Vincenzo Betulia when he hosted a Friends of James Beard dinner last spring at Osteria Tulia that raised funds for the foundation’s culinary scholarships.

Now, he has been invited as a solo star for a dinner at the prestigious Greenwich Village brownstone on Wednesday, September 21, 2016.

It’s not the first time he will have seen the inside of a James Beard kitchen: A disciple of cooking greats like Paul Bartolotta, Betulia has been a supporting player in others’ starring turns. This time, it’s his turn to shine.

We have a sneak peek below of the proposed menu, which, of course, is subject to change. (Given that Betulia stakes his reputation on working with the finest ingredients, should an amazing piece of fish swim into his orbit, he likely wouldn’t pass up the opportunity to serve it.)

CALABRIAN N’DUJA AND WHITE ANCHOVY WITH TOASTED BRIOCHE AND FENNEL