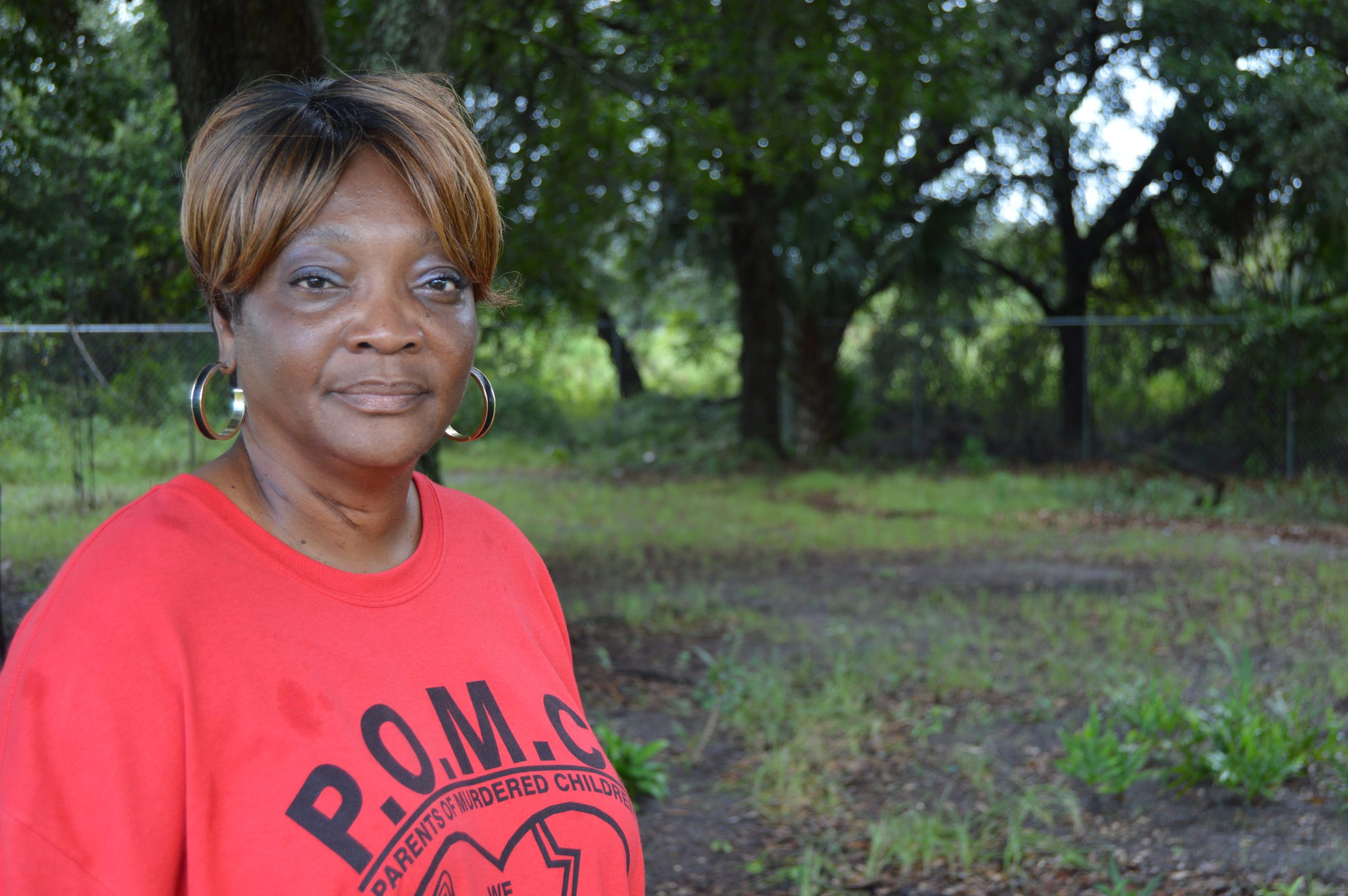 It happened two years ago, but it could have been yesterday.

Angela McClary sits at the kitchen table of her home in Lehigh Acres and shakes her head at the way time has warped itself, the way her memory can all at once transport her to the scene of her son’s murder and then short-circuit when she tries to recall things recently learned, said or done.

That’s what happens with the trauma of loss. McClary didn’t understand it at first, but now she does. It’s one of many insights that will allow her to help other mothers, fathers and family members grieve their own slain loved ones.

In July, McClary and three colleagues went to a Parents of Murdered Children conference for training to prepare to launch a new chapter in Fort Myers. They returned on July 25, timing that was heartbreakingly ideal.

“The next morning, that’s when chaos hit our city.”

McClary knew the anguish unleashed on their families. And then on the families of Lawrence Lockley, 18, shot a few weeks later, and on those of Willie Moore Jr., 25, and Rodney Greenlee, 37, killed allegedly by a relative of Moore’s, in what may have been a family dispute.

Her own son was Deonte Redding, 33, slain in his car along with his 22-year-old half-brother, Zachary Blue, in June 2014. Deonte, she learned, had visited the South Drive apartment where he died to gamble, but she believed the murder stemmed from something else. A hit had been put out on her son, she’d been told. Deonte had made some poor choices, but he was trying to put his past behind him, make amends, reconnect with faith. He had a daughter, Deondra, who was 13 at the time of his death. The two squabbled like teenagers sometimes, she says, but her son adored his girl.

“Depression. Grief. Pain. It’s like losing part of you. Your health is affected. Your mind and body shuts down on you.” That’s what she went through, and she has no doubt that that is what these other parents were going through.

Some 40 people attended the first meeting of her POMC chapter in August. For any other organization, this strong showing would be something to applaud; in this case, it’s a sad reminder of violence’s wide reach.

The September meeting drew far fewer people, but small numbers allowed for an intimate conversation. There was a sister of a man murdered in front of the American Legion nine years ago; a mother whose daughter also was killed nine years ago; a woman who lost her son in 1990; a mother of a 43-year-old shot in Lehigh just last year; a Dunbar High administrator wearing a T-shirt in Lawrence’s memory (he was a senior there); McClary’s co-leader, Pastor Rickey Anderson, who lends his church for the meetings.

Only one—the woman whose daughter was murdered—had seen justice for her loved one. In the other cases, the killers roamed free.

“They let my son lie on the sidewalk for 12 hours,” says Jaqulyne Steele, the mother of 43-year-old Tehran Leaphart. At his wake, she could see imprints of gravel on his cheek. No one had called her—not even relatives whom she knows witnessed the crime.

McClary placed her hands on Steele’s shoulders. She understood what the other woman felt. Friends of her son saw his murder.

“They were people they grew up with, people who ate at my table and stayed at my home. Not one of them came forward,” she says.

In addition to supporting families in the grieving process, POMC can help them understand how to be voices for their slain children—how to work with police victim advocates, how to communicate with detectives, how to keep investigations from being shelved in cold case files. Through the national organization, family members can connect to experts who will evaluate investigatory materials, looking for misinterpreted findings, inconsistencies and leads that deserve additional scrutiny. It will also circulate petitions to halt paroles or early releases of convicted murderers.

In the wake of her son’s death, McClary retired after 34 years as chief accountant for the Florida Department of Health. “I couldn’t remember a debit for a credit,” she says. She got her health back on track, took up gardening and is focusing on her family, with a special eye toward Deonte’s daughter, who is now 15.

A Day of Remembrance will be held on Saturday, Sept. 24, at 6 p.m. at Followers of Christ Fellowship Ministries, 2809 Grand Ave., Fort Myers, 33901. The group’s regular meetings are the second Thursday of each month at 7 p.m. at that same location. For more information, visit pomc.org or see their Facebook page. You can reach McClary directly at [email protected] or by calling (239) 839-4348.

Gulfshore Life is spending several months documenting the lives of teens and young adults in Dunbar and the people committed to helping them. Our reporting will culminate in a major, in-depth report to be published in early 2017. Along the way, we offer periodic dispatches about our findings. For our previous posts, click here.