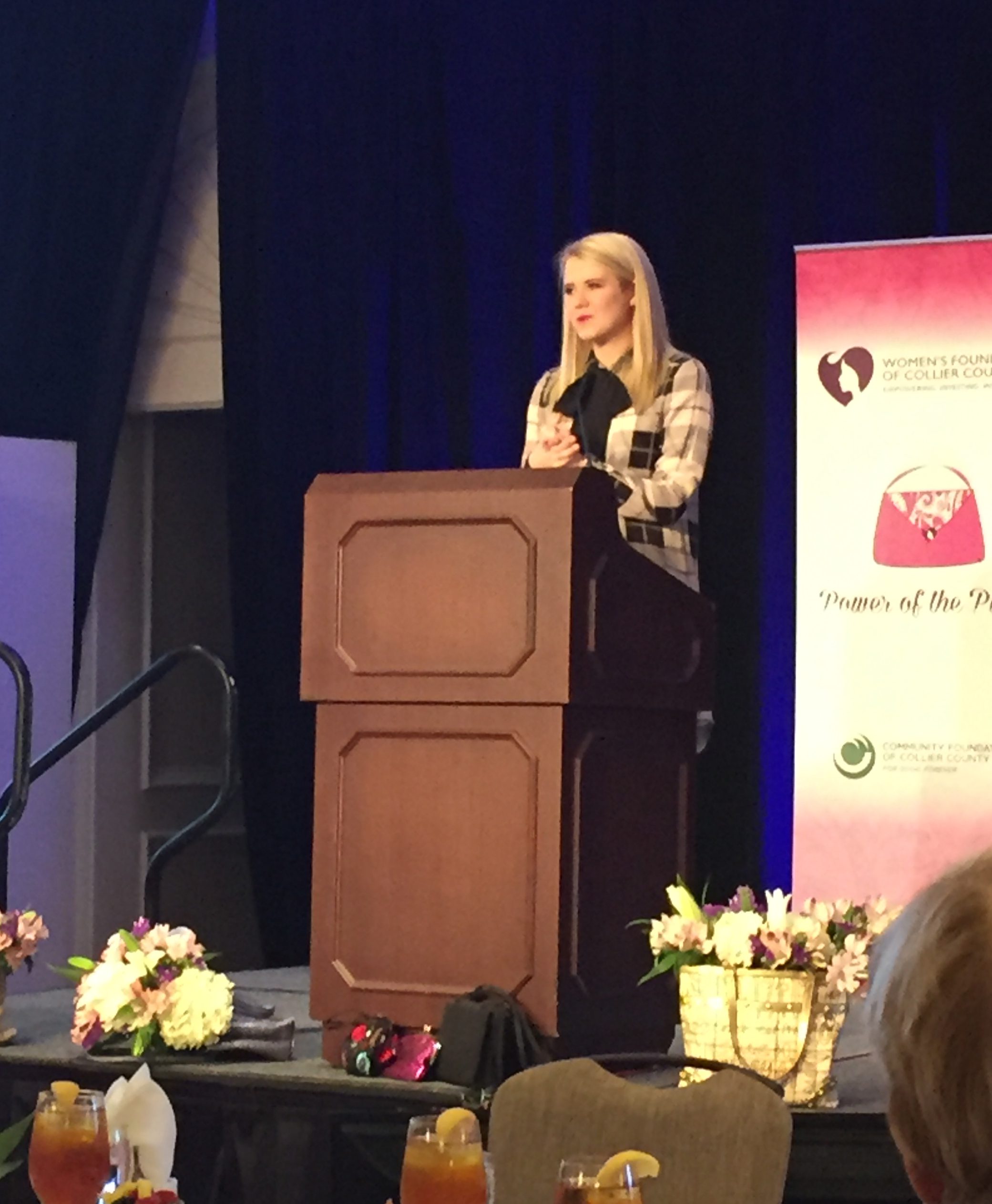 After the trial started in her abduction case, she felt compelled to speak out.

For years, Elizabeth Smart had been in the public consciousness, not by her choosing, but by the horrific details of her story. Abducted at age 14 from her bedroom at night. Held captive for nine months. Found with her captors in her hometown of Salt Lake City nine months later.

Her story found an attentive audience, but when the case finally got to trial seven years later in 2009, she had an odd detachment from it. The ordeal now seemed abstract, “like facts on paper,” she says now.

She decided to take control of her story. She was going to tell it.

Smart spoke at the Power of the Purse event to benefit the Women’s Foundation of Collier County on Dec. 2 at The Ritz-Carlton, Naples. She travels frequently now for similar talks, sometimes upward of 80 per year. She’s testified before Congress in support of legislation to prevent child abduction. She started the Elizabeth Smart Foundation to support programs that educate children about abductions and sexual abuse. She published My Story in 2013 and gave interviews (such as this comprehensive account in The New Yorker).

In hindsight, she says in an interview before her talk in Naples, the path she’s taken is a little surprising to her. She’s always been reserved, “a wallflower” as she calls it, and she didn’t see herself speaking in front of the big crowds like she does now.

She had tried to return to “normal” after the abduction, after police found her, disguised in veil and robe, with her captors on the streets of the city. As she found, getting back to normal was difficult. “I wanted to get back to an old normal. But I realized I couldn’t do that.”

Through a supportive family, she was able to take small steps into routine. She went back to school, graduated, studied music at Brigham Young University and then went on a missions trip to Paris, where she met her future husband.

But one day she discussed with her father what she should do with her life.

You should start speaking, he remarked.

“Who would listen to me,” she recalls asking in response. “It’s not like I’m Gandhi!”

She’s still a bit of that “wallflower” that she was years ago—friendly and forthcoming in person but still reserved. But she’s adapted to her new life as a public figure.

She’s always on the go, one day in Park City, Utah, with her husband and young daughter (another child is also on the way), the next doing a story for news magazine series Crime Watch Daily, and the next in some far off town where she tells her story and then women tell her theirs. She’s heard so many that it prompted her to write a book to be published by St. Martin's (the exact date unclear yet). She’s gathered the stories of women she’s found inspirational. Her message: Your trauma does not define you. If I can move on, you can move on.

She left Power of the Purse with a reminder to the attendees: “Never underestimate the influence you have on the lives of the women around you.”