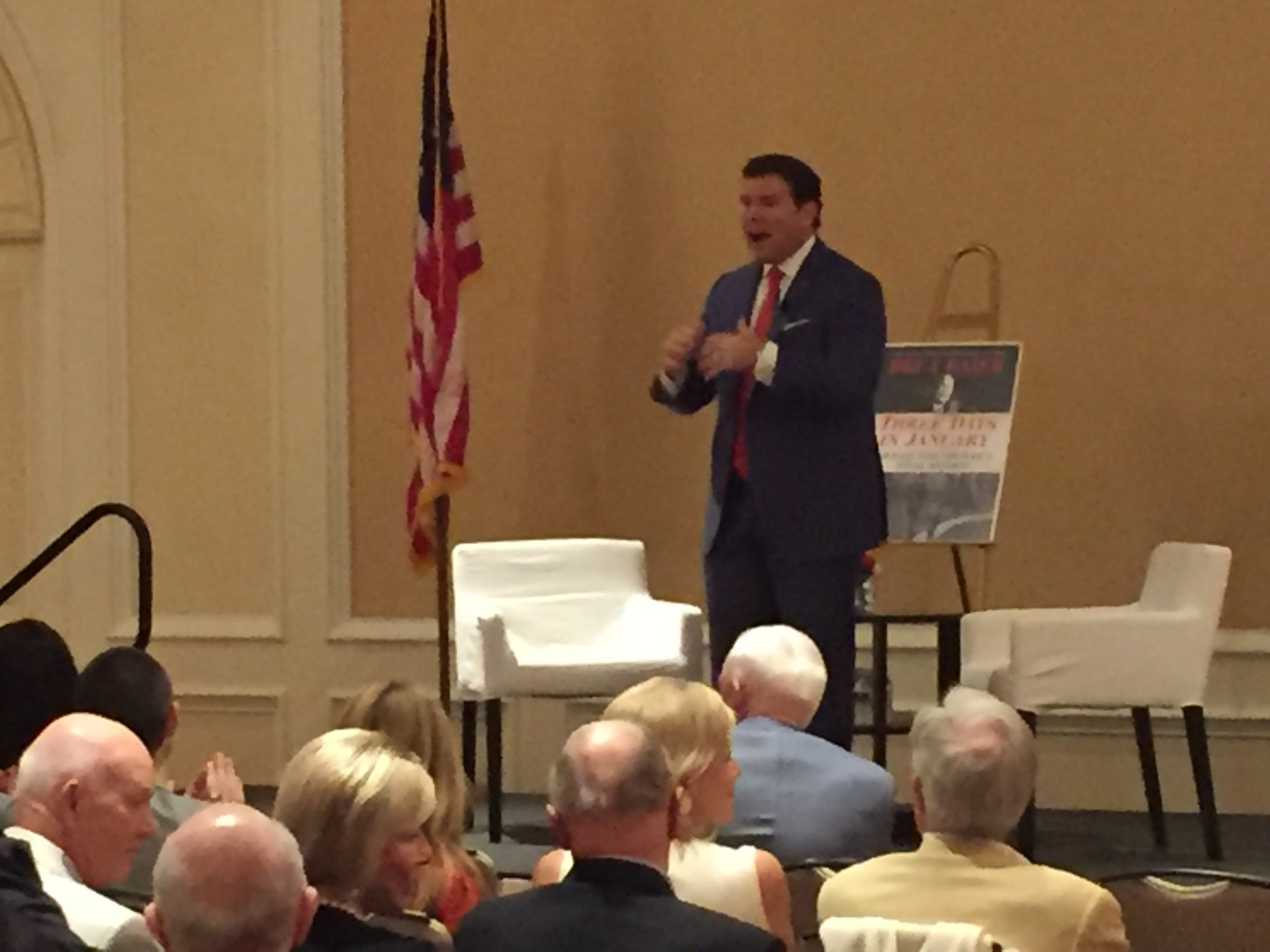 The idea came to him during a stay at Augusta National Golf Club. Here was Bret Baier, Fox News chief political anchor, staying in the Eisenhower cabin, and he realized he really didn't know enough about the 34th president.

"If I didn't know enough, other people my generation and younger certainly didn't know," the part-time Naples resident says.

So that began a process that led to what could be seen as perfect timing. His recently released book, Three Days in January: Dwight Eisenhower’s Final Mission, centers on the transition between the Eisenhower and Kennedy administrations in 1961. As the nation approaches another significant transfer of power in the White House, the book aims to show how two men different in many ways were able to ultimately work together for the betterment of the country.

"America needed to hear this story. And it needs to hear it now," Baier says.

Baier spoke at a private book signing Saturday (Jan. 14) at The Ritz-Carlton, Naples. Hosted by his in-laws, Barbara and Paul Hills, more than 100 guests (including Congressman Rooney and his wife, Kathleen) heard Baier and co-author Catherine Whitney discuss their work and the importance of Eisenhower in American history.

Three Days in January also details the lead-up to his now-famous farewell speech, where he warns of a military-industrial complex and the dangers of deficit spending. Eisenhower spent more than a year writing the speech, going through 21 drafts. Baier and his co-author saw the drafts firsthand, while sorting through millions of pages of documents at the Eisenhower Library in Abilene, Kansas.

As Whitney noted, the research and writing all happened while Baier was covering the presidential election for Fox. Whitney initially expressed concern to Baier’s wife, Amy, about how he could handle the workload. Amy replied: "You don't know Bret. He doesn't sleep."

Pick up a copy of Three Days in January here.