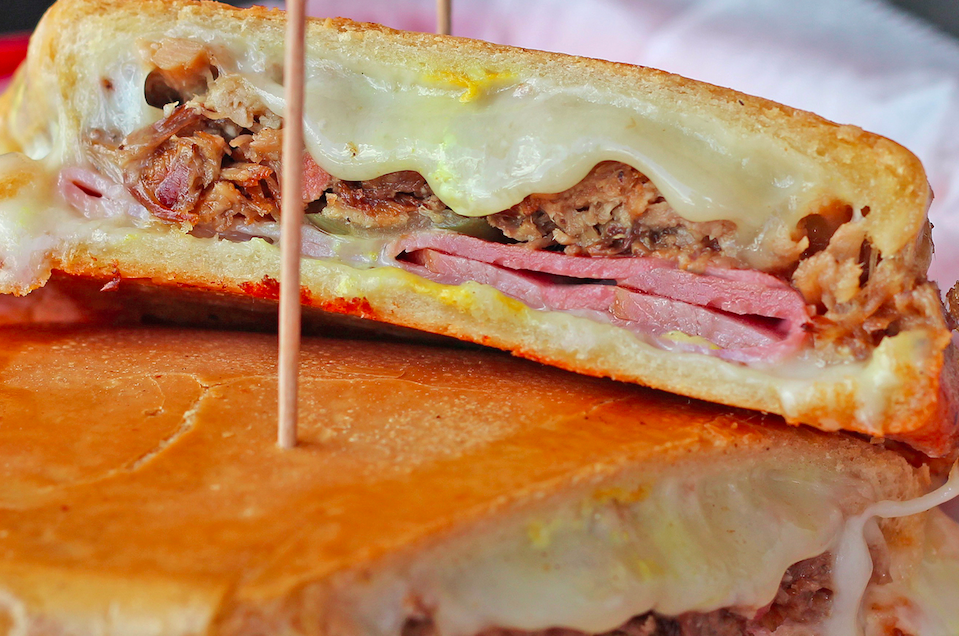 In the food world these days, “fresh” is thrown around faster (and more indiscriminately) than pitches in a batting cage. And diners need to be on-guard—dig a little deeper, and it’s often code for curveballs like “made somewhere else but heated up for you in our convection oven.”

At Rumba Cuban Café, however, the Reyes family who owns it takes making the classic dishes of their homeland seriously. So seriously, in fact, that their new Rumba Cuban Café To Go in North Naples (in a plaza a bit north of Mercato on U.S. 41) has a fully functioning kitchen roughly the square footage of the original location’s, despite being predominantly a take-out joint. Because of that, e-v-e-r-y-t-h-i-n-g is made exactly the same way to the same exacting standards. Tostones are fried up, topped with tomato-simmered ground beef and smothered with a silky cheese sauce. Cuban Sandwiches are pressed to order for each guest, and the sweet plantains have that familiar, irresistible caramelized crunch. (All are pictured tantalizingly here.)

There’s a small bar in the Naples Park eatery if you’d prefer to have your sandwich and eat it, too, without trekking home or to the office. Unlike the original restaurant on Airport-Pulling Road, because the second Rumba is geared toward quicker bites, dinner service ends on the early side, and the menu isn’t as extensive.

But most importantly, what you see described here is actually what you get in both places—the real deal, in its freshly prepared glory.