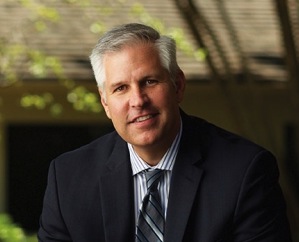 “That’s a huge number in an already under-resourced system,” says Scott Burgess, the CEO of the David Lawrence Center in Naples, who lost about $300,000.

Florida overall ranks 49 out of 50 in spending on mental health, according to the Kaiser Family Foundation.

Collier County Commissioners softened the blow to the David Lawrence Center with local contributions; prior to the funding loss, they had committed $300,000 in ad valorem money for mental health services, which is scheduled to be released starting this month. Commissioners, however, had intended the money to augment DLC services—more counseling, case management, diversion programs and other preventive measures—not merely maintain status quo.

“It makes it challenging for us—you get money in one hand, and you get it taken out in the other,” Burgess says. More relief may be on the way; the county is anticipating money from the federal Low Income Pool (LIP) funding, and commissioners have pledged to send more than $400,000 to the David Lawrence Center. If all goes as planned, this would be the first time in years the mental health provider has been able to tap into that revenue source. Burgess meanwhile is pushing for public awareness of the need for mental health and substance abuse services and hoping the community will come out and support upcoming fundraisers, including a luncheon on Monday at Sea Salt.

The loss stung harder at SalusCare in Lee County, where administrators took a nearly $570,000 hit, and forced to scale back a program for recovering addicts.

“Adult substance abuse took a huge cut,” says Tina Sumo, the vice president of acute care and residential services. The organization is closing a 22-bed transitional home for women who had completed their in-patient treatment but who were not ready to return home. They stay, on average, for three to six months until they are physically and psychologically stable and feel they can maintain sobriety.

SalusCare isn’t ending transitional housing entirely. The women’s program is being merged with one for men, and long-term stays will be offered to up to 14 people at a time (the previous capacity was 30 men and women). Just half of those beds are government-funded; the organization and its donors support the rest.

“Especially with opioid patients, they need the extended time in order to learn the skills to remain sober,” Sumo says. People recovering from opioids are at a particularly high risk of overdose if they use again after a period of sobriety.

The budgetary tailspin largely results from a $20.4 million federal block grant that expired over the summer without reauthorization or a state allocation to offset it.

Gov. Rick Scott did secure $27 million for substance abuse when he declared a state of emergency over the opioid crisis. But there’s a catch: the money is for medication-assisted treatment, the administration of drugs like Vivitrol and Suboxone, which block the “high” people experience when they abuse drugs like oxycodone or heroin.

Medication-assisted treatment is one component of care, Burgess says, but recovery rests on an array of services, from detox to counseling to treatment for mental health conditions that frequently underlie substance abuse disorders.

“You’ve got to look at the big picture and the full continuum for people to have lasting recovery,” he says.

Opioid addiction continues to plague communities across the United States, particularly as those addicted to prescription drugs turn to more deadly opiates such as heroin and fentanyl (see Gulfshore Life’s report on heroin in Southwest Florida). Earlier this week, President Donald Trump was reportedly planning to declare a federal state of emergency, though no official announcement has come forward. Some 91 people a day die from prescription painkillers or heroin, the CDC reports.

In Lee and Collier counties, 117 people died with oxycodone, hydrocodone, methadone, fentanyl or heroin listed as cause of death or present in their systems at time of death in the first half of 2016.

To learn more about the David Lawrence Center, click here or here to learn about SalusCare.