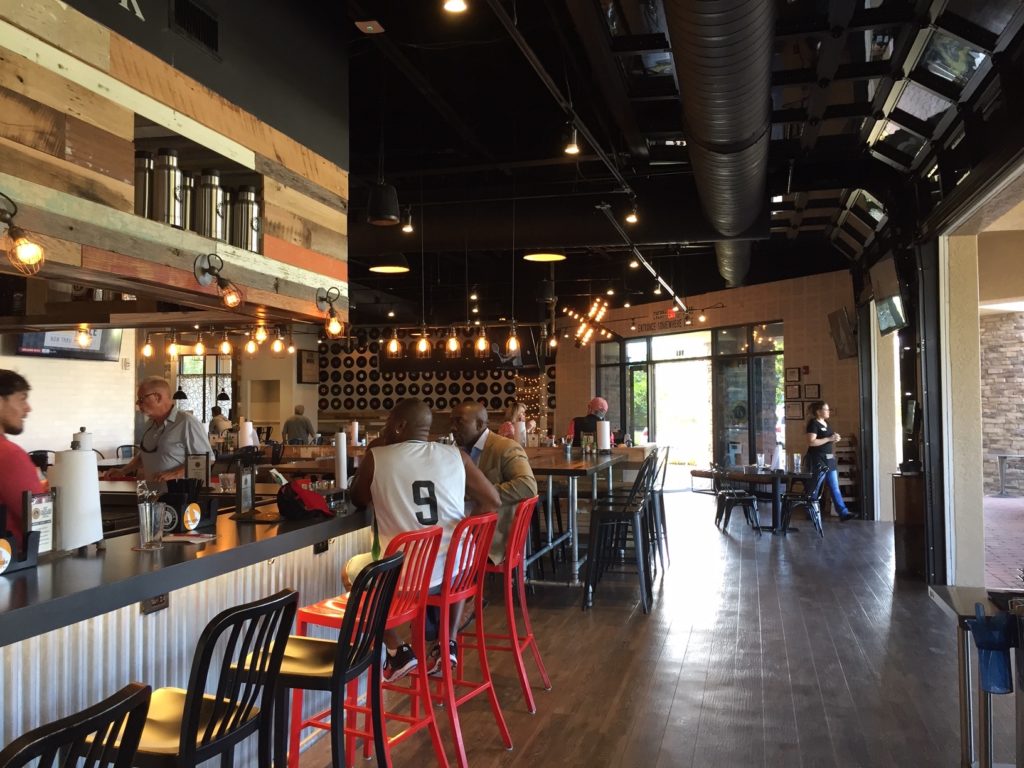 Many of us in North Naples let out a sad sigh when Public House exited the dining scene, not knowing exactly what to expect for the second life of that large restaurant space in Creekside Corners on Immokalee and Goodlette-Frank roads. But any fears have been allayed since Bone Hook Brewing Co. debuted its new and improved look that expanded the size of the beer-making floor to the brewery’s original stamp and added Public House’s bar and tables to give guests more than 200 seats indoors and a patio that’s almost double the original size—plus, a full menu of classic bar food done right. There’s house-made beer cheese in a metal dipping pot that was so good I stopped short of licking it clean; nachos like the kind you ate in college but with better ingredients; cheesesteaks bursting with beautifully browned strips of peppers and onions (and again, that heavenly cheese); fries so crispy they make an audible crunch; and hearty green salads if you would rather drink your calories from the two pages of beers brewed under-air. Nothing reinvents the wheel, but that’s not the point—it isn’t meant to be fancy or on-trend. It’s just darn good comfort food, the kind you want to munch on while watching any of the TVs overhead or listening to the bands that come in to jam.