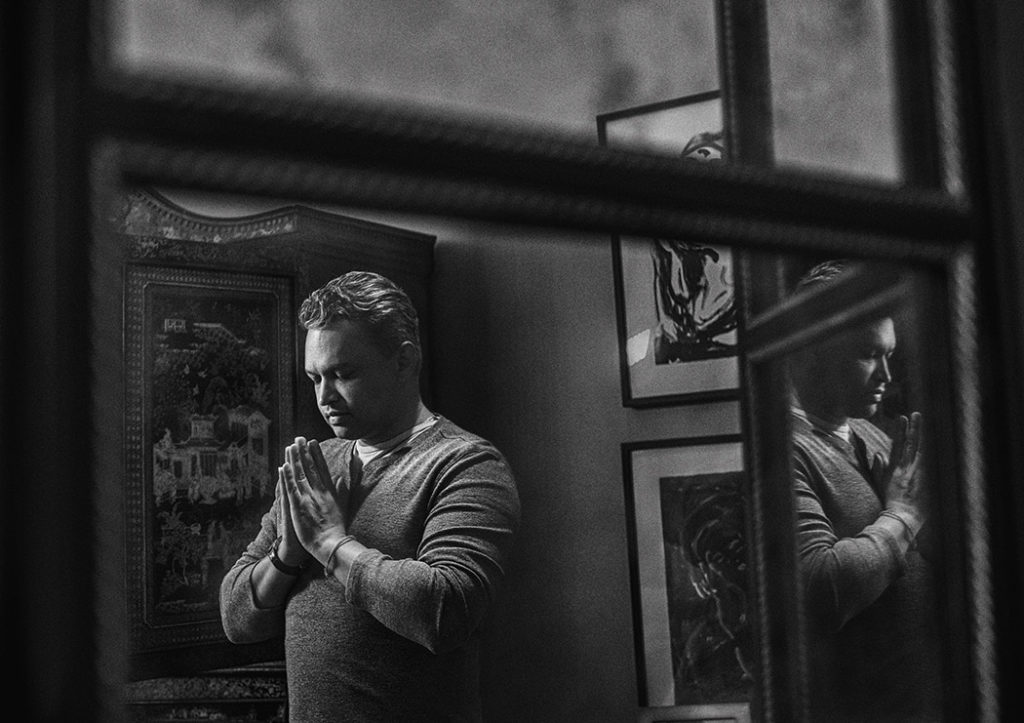 Jan and Panache Desai are arguing over Avengers: Endgame. Namely, how much Jan should reveal about the comic-book blockbuster, which the couple had gone to see the night before, the premiere. Her husband shushes her, repeatedly, lest she slip me a spoiler. She giggles. They settle into a chandeliered library in their Port Royal home. Classical music—Pachelbel’s canon, Bach sonatas—pipes through unseen speakers. The couple on this Friday night are in their “Saturday morning best,” shorts and T-shirt and bare feet for him; tank top and blouse and bare legs for her. Panache keeps half an ear open for the pizza delivery guy. Elsewhere in the house are four young children, remarkably quiet. If you’re picking up on a polarity, your interpretation is correct. This marriage is one of extremes—Jan, a Minnesota-born Catholic and one-time denizen of Naples high society, and Panache, a British-born Indian and rising star in the world of personal development, spirituality and self-actualization. He is 40. She is 61. They are not shy about that. Together, from this house, they run a business based on Panache’s teaching that is reaching audiences around the world. He’s been on Oprah. He’s appeared with Tony Robbins, been endorsed by Deepak Chopra, teaches at the Omega Institute and Kripalu, two of the nation’s best-known centers for spirituality and holistic health. His second book, You Are Enough: Revealing the Soul to Discover Your Power, Potentia
Subscribe Now and unlock unlimited digital access.
Already a subscriber? Sign In.