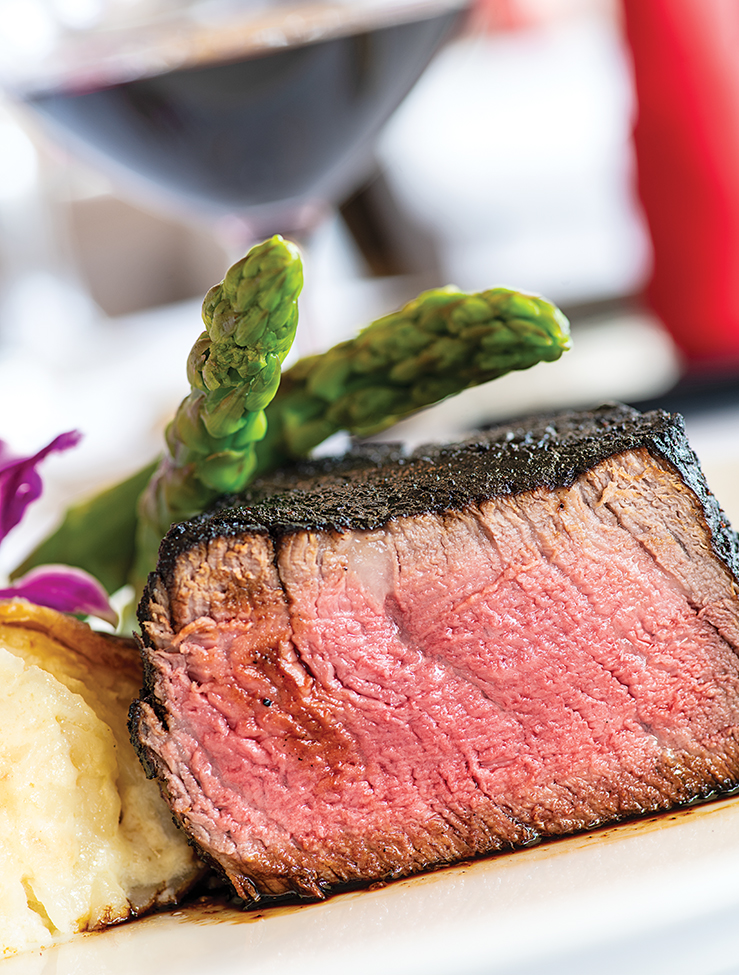 It's all big flavors and warm embraces at neighborhood hot spot Cibao Grille in Naples. Pictured here is the Pittsburgh filet mignon.

Shortly into a recent dinner at Naples’ Cibao Grille, I realized there’s something special about this restaurant.

We’d just been seated when the table next to us greeted their waitress with hugs and air kisses. They stopped the man carrying a tray of bread and warmly greeted him, too. Around the restaurant, this same ritual was going on at most of the tables.

“Is something happening tonight?” I asked our waitress.

She looked at me, surprised. “These are just our regulars,” she said.

Cibao isn’t fancy like Sea Salt or trendy like Bar Tulia, but it’s a beloved family-run neighborhood restaurant. Earlier this year, it was met with tragedy when one of its owners, Pedro Nolasco, died suddenly after a short illness. Pedro managed the front of the house, and his charm and professionalism helped earn Cibao its loyal following. Today, Pedro’s cousin, Cibao co-founder and chef Yonny Nolasco, continues to helm the kitchen, and the restaurant still draws its usual crowds.

We’d ordered two glasses of the evening’s featured wines—a bright and round Bordeaux blanc ($10) and a deep, blackberry-
noted Spanish Grenache ($12)—and were marveling at the bartender’s generous pour when a gentleman stepped to the center of the room.

“Today is this young lady’s birthday,” he announced, putting his arm around the hostess. “Let’s sing her Happy Birthday.”

The entire restaurant joined in the song.

In the middle of the fun, our first course arrived, a cup of Cibao’s famous black bean soup ($6) for my companion and a cup of the soup du jour, a creamy chicken and vegetable potage à la Russe ($6), for me. The first spoonful of my soup left me in a happy stupor. It was buttery, salty, rich—all the decadent flavors I rarely get to taste in this current era obsessed with clean eating.

The black bean soup, too, had a deep flavor profile with a balanced use of salt and smoky chorizo. I hadn’t realized how much I missed those classically satisfying notes until they were sitting in a bowl in front of me. 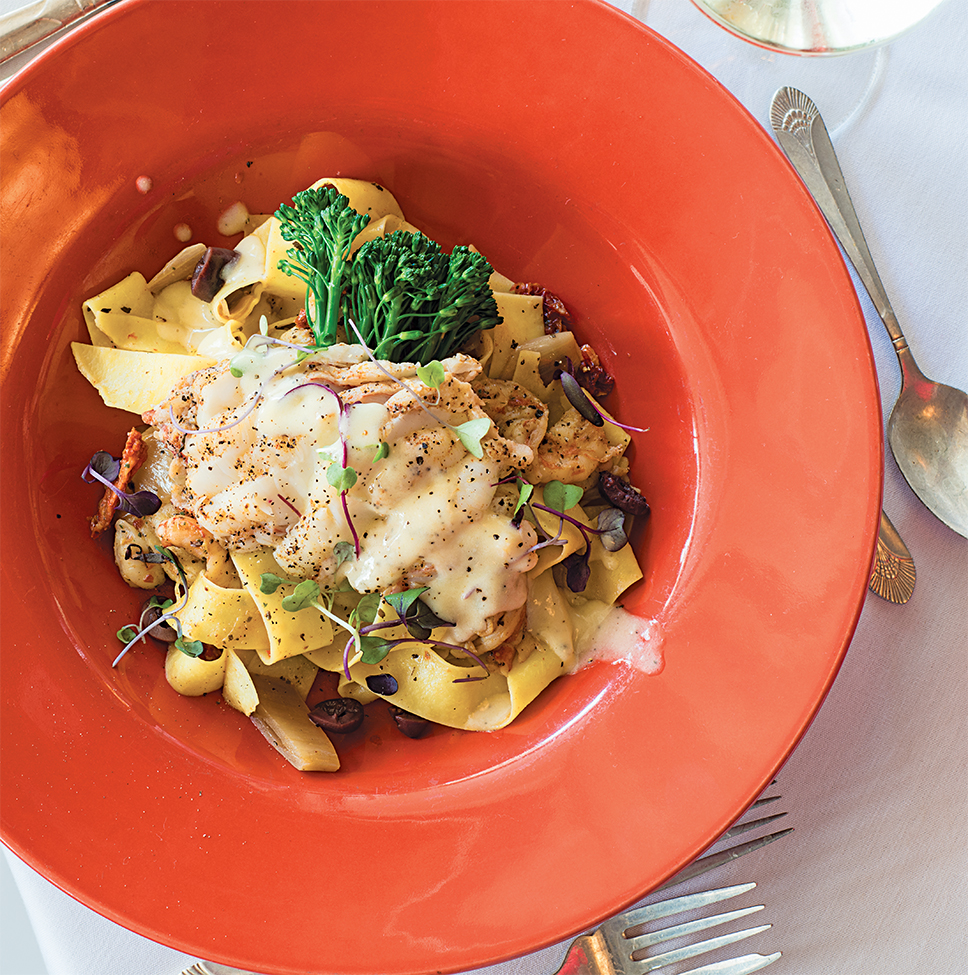 My companion had the shrimp and lobster Punta Cana ($30), which combined fresh jumbo shrimp and succulent chunks of lobster with basil oil, Kalamata olives, sun-dried tomatoes, roasted shallots and pappardelle pasta. I had the evening’s special, an oven-braised lamb shank ($28) simmered in a sauce of dried apricots, pearl onions and mushrooms and served over Israeli couscous—it was fork-tender and perfectly seasoned.

To end the meal, we chose one of the restaurant’s house-made desserts, a decadent slice of the Kahlúa dark chocolate mousse cake ($8). Sumptuously sweet, it’s the kind of dessert best kept a secret from our personal trainers. 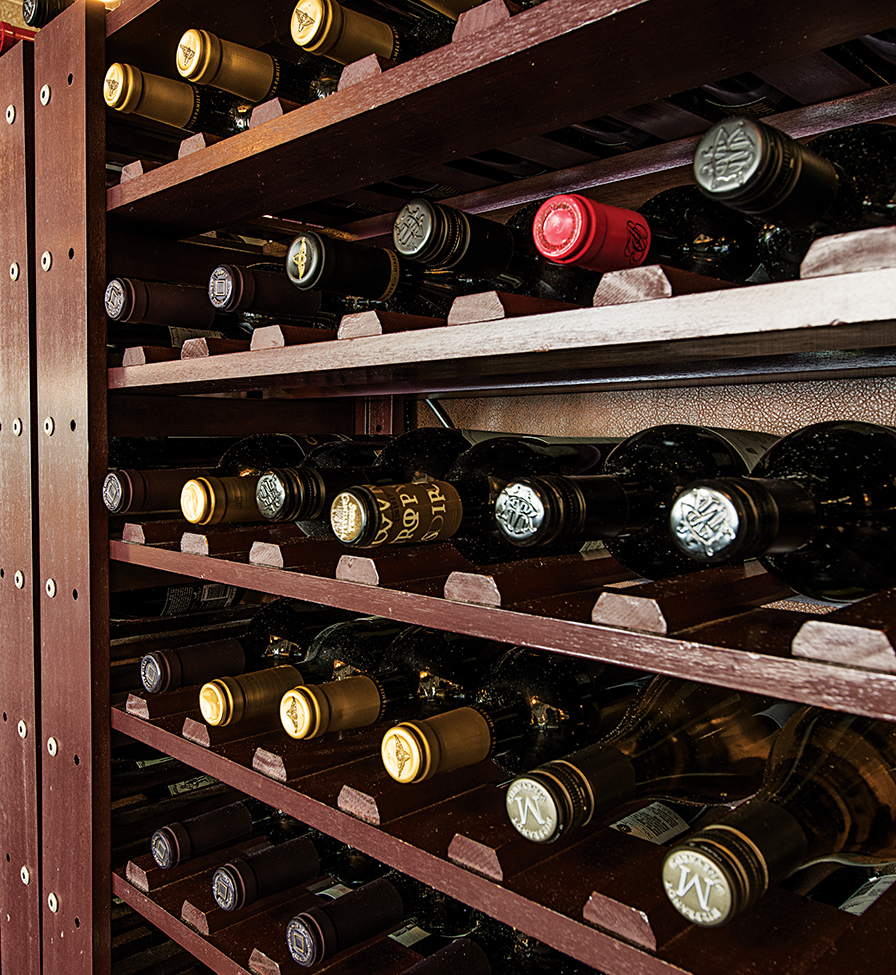 As we finished the last sips of our wine at the end of the night, my companion and I watched as more embraces went around the room.

“We didn’t get a hug,” my friend pouted to our waitress.

The waitress smiled reassuringly. “You’ll just have to come in more often.”