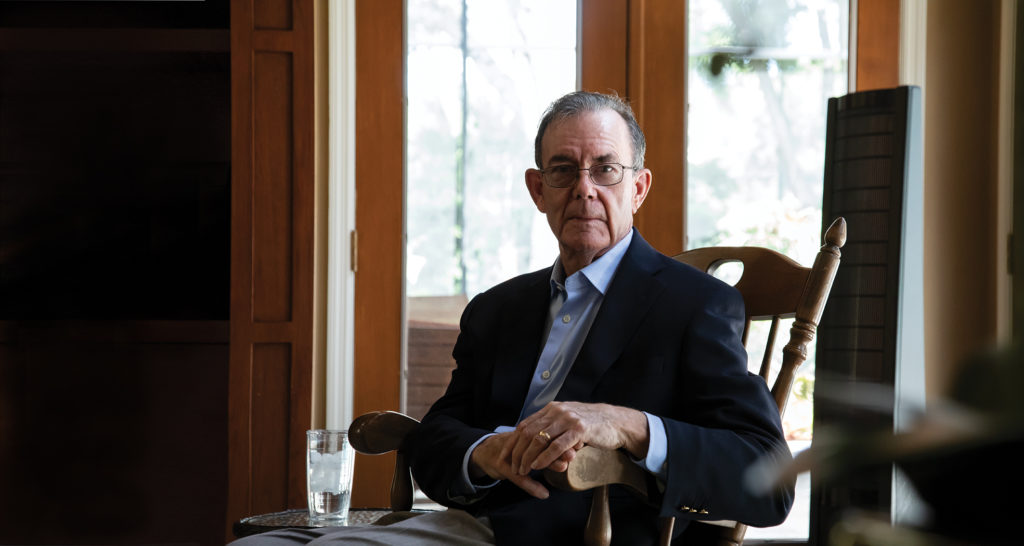 David Lucas intends to give away $100 million in his lifetime. The Fort Myers resident is already 75 percent of the way there. His primary focus in giving is education, with a special emphasis on religious education. His single largest contribution to date was $1 million to the Reformed Theological Seminary in Jackson, Miss. He’s pledged to give the seminary a million dollars a year for 30 years. He’s given $21 million so far.

“I think education is the way up for people,” Lucas says. “It’s the way people can escape their current circumstances.”

Lucas himself can speak to the power of a good education; he has an MBA from Harvard University.

“What I got with a Harvard degree was an entry slip,” he says. “I got a chance to be noticed and to be heard and to make something of myself.”

Lucas’ father-in-law was the owner and developer of Bonita Bay, a private golf and sports community in Bonita Springs. When he died in 1984, Lucas moved to Florida from Dallas to take over the business.

“That’s when my philanthropy really started,” he says.

He joined the board of the local United Way in 1992 and saw the important work the organization was doing.

“When I did the agency visits during the allocations process, I was able to see what the agencies did and how they performed, the difference they made in people’s lives.” Lucas explains. “They were helping a lot of people on very little. That got me more enthusiastic about giving.”

Though Lucas often receives donation pitches, typically he’s the one asking. What does he tell others when raising money for his favorite causes, like the United Way or the Canterbury School, which he has given about $7 million each over the years?

“I tell them, ‘I am offering you the chance to be an important part of an important project, and that is what we need to feel our lives are significant,’” he says. “We are doing something good for our fellow man.”

Lucas is 72. Now he recruits the next generation of donors. He’s heartened by this area’s philanthropic spirit and confident that young people will carry on his legacy of giving.

“There’s a lot of need in Fort Myers, and people need to be aware of it,” he says. “We’ve got to figure out who’s going to take over when guys like me are out of here.”