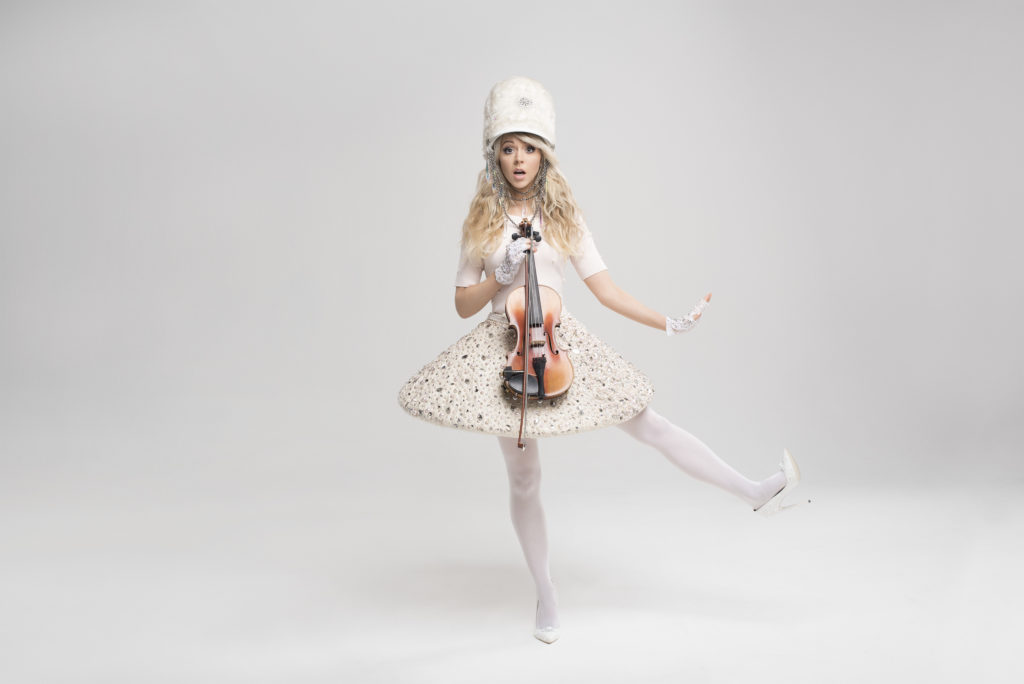 Lindsey Stirling, the famed electronic-violinist, songwriter and dancer, has spent the past decade (and then some) perfecting her unique sound.

In 2010, she was a quarter-finalist on “America’s Got Talent.” In 2015, she was named as a part of Forbes’ 30 Under 30. In 2017, she placed second on “Dancing with the Stars.” Now, as we close 2019, she’s coming to Barbara B. Mann Performing Arts Hall in Fort Myers for her third holiday tour “Warmer in the Winter.” We had the special opportunity to chat with Stirling about the tour, her new album and more.

GSL: I understand that your holiday tour started because of the “Warmer in the Winter” album, but what inspired you to do the holiday album in the first place?

LS: Well, I love Christmas. I do. Not only am I a fan of the season and the traditions—the trees and all of it, but I love what Christmas represents. I’m a Christian, so the meaning of the season means a lot to me—the fact that Christ came to this Earth and was born as a baby so that he could live his life and make it possible for us to return to God. I think that’s so beautiful. I love the symbolism of it. About a third of my album is spiritually based, and even a third of the show kind of rests on these spiritual themes. That’s a big part of why I wanted to make the Christmas album, it’s just my Christian beliefs.

GSL: You recently released your new album “Artemis”—which was very successful—can you share one moment, or part of that process, that really stood out in your mind?

LS: I think one thing that made this album so different is that it’s all based on a story, like a bigger story—which I’ve never done before. I’ve had themes that I’ve written about. But, it’s really fun. I spent countless hours writing the story of “Artemis,” not only writing the music, but I would work with a writer every day or every other day, all summer long. And even now I’m still finishing the story. I even wrote a comic book that goes along with the album, and it’s the stories inspired by the Goddess of the Moon.

I really just like the whole theme this album represented. That’s why I called it “Artemis” because I feel like we all have this inner light. Going back to my spiritual beliefs, I do believe that we all have light within us and we all have so much potential and so much power. And I think we oftentimes forget it, because just like the moon, we get kind of covered up by the shadows or hardships. We can remind ourselves that the moon pushed through it.

And if we keep fighting for it, we’ll find our light again, always! Our light is always there. It’s never gone, it just gets covered up sometimes. I was really tying into the themes of the moon and spirituality, all through this kind of futuristic story of this future world with this character named Artemis. I always loved mixing genres, mixing worlds and mixing themes—to take something that for me is so rooted in spirituality and make it into a superhero story was a lot of fun.

GSL: What unexpected places or things do you draw inspiration from?

LS: Honestly, I would say one of the biggest inspirations for my Brave Enough album was the writing of Renee Brown. And I think that people would find that very funny that an electronic violinist, found inspiration from self help books to write her album. But really I love self help books. So I like the motivational podcasts like SuperSoul Sunday and Lewis Howes. All of those really get me going. I draw a lot of inspiration from that because I feel like I’m very hard on myself. I know that I’m prone to depression and I’ve had to fight these kinds of battles in my life and I’ve learned ways that have helped me overcome it and helped me not only just make it through life, but be able to thrive. I draw a lot of inspiration constantly from these things so that I can try my best to get in that head space. When I feel myself falling into my negative head space and quickly realize, okay, where do we need to amp up—where I can feel powerful again, and feel strong. So, that’s kind of where I draw my inspiration from, and then that fuels my music.

GSL: You have such a unique sound, and it’s been refined over the years to create this genre that is true to you. And I haven’t heard anyone else do anything like it. So how do you see that it’s evolved throughout your career?

LS: Oh, I mean, I think it’s so exciting whenever you go into start new projects, and trying to think, ‘Oh my God, how can I sound like myself, but not sound like myself?’ It’s always really fun because when I first started writing music the door was wide open in this space. I just saw this space that no one had filled. And, I thought, ‘Why has no one done this before? This could be awesome.’ And I was really excited about the prospect of making fun videos and making the violin more creative. And so for me in the beginning, I just wanted to create. I’m a very creative person who’s moved by the creative process. That’s what I love more than anything—even more than music, more than any one part of it—I like sitting and thinking of ideas.

And so I think, and that’s how my music continues to evolve is by thinking and trying things—experimenting. And I think the biggest thing for me is storytelling. I’ve done so many music videos that have these little vignettes to them, and little characters—and they go on little journeys and there are little lessons to be learned in the music videos. And, I think I get that from my dad. He was a storyteller. He loved writing and telling bedtime stories. And so from a very young age, I loved a good story and I think it’s really exciting for me to now have evolved my style to tell stories through instrumental music.

LS: It’s always different. Sometimes it’s all just about music. I’ll go in with a mood in mind like ‘I want to write a song that feels like this,’ and we’re trying to kind of shape an emotion through sound, which is always really fun and I’ll just kind of work with the producers that way. But, there have been many times when I’ve gone in with a story idea or music video idea or an image. Like for “Shatter Me,” I told the producer about the ballerina stuck in the snow globe and how this is a symbol for me feeling trapped in anorexia and not understanding it and not knowing that I was in a cage, and what that was like to learn that I was in a cage. The ballerina thought she was being protected by the snow globe. She didn’t realize until halfway through the video (and song) that it was actually a prison. And so I told that story to the producer and we wrote a song—same with a lot of the songs on “Artemis” album. I told him about the Goddess of the Moon and the symbolism of the light and the shadows. I get inspired by stories and visuals, I think that’s my favorite way to write. And then when I go into make the music video months later, it’s so exciting because I saw this months ago in my head when I was in the studio, and then to get to create it, it’s so cool.

GSL: You’ve mastered many skills and managed to create this sound that seamlessly blends classic and modern music.What is your motivation to keep creating?

LS: I genuinely love what I do. I think it’s the fact that I shake things up and I continuously have new ideas. I think that’s what keeps me going. I think if the ideas ever stop, if I’m suddenly like, ‘I don’t know what to do next,’ that’s when I’ll be like, ‘All right, I’m gonna do something really different.’ But it’s the ideas that keep me going. A lot of people wonder why I’m so involved in what I do. I come up with all the video concepts, I still edit them all. I creatively direct all of my scores and design my costumes. And a lot of people are like, ‘Why do you still do all that? You know, you now have resources and other people who could do this for you.’ But to me, that’s why I do it. It’s not about always being the most efficient. It’s about doing what I love doing. The day that someone else is directing my tour and editing my music videos and coming up with the concept, that’s when I won’t be enjoying it. And so rather than trying to just do more, do more, do more, create more, and maximize my time. Well, no, I’m going to really going to love everything that I do, and I genuinely do.

GSL: This is your last stop on the tour, what are your holiday plans once you’re finished?

LS: I’m going to go home to Arizona and my family is going to be there. I can’t wait. And since I’m missing most Christmas and most of our family traditions, I always try to bring some of that on the road with me. For all the girls on my tour, I bought them all matching PJ’s, which is something my family does and we’re going to decorate cookies tomorrow. And, go visit nursing homes and perform for people. I try to make all the things my family does for Christmas happen on the road. I’m missing a lot of our Christmas, we’re gonna have a big New Year’s Day as a family.

Lindsey Stirling will be performing her Warmer in the Winter Christmas show at Barbara B. Mann Performing Arts Hall on Monday, December 23rd. For more information and tickets, please visit here. 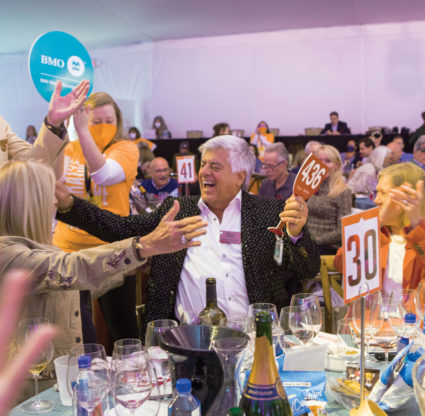 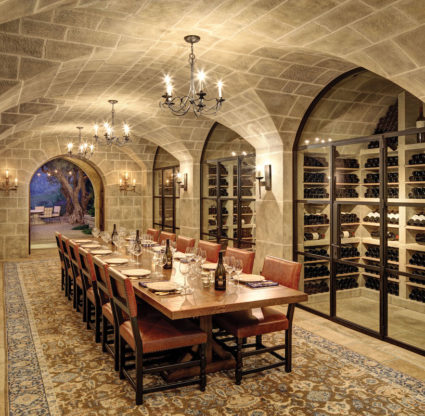