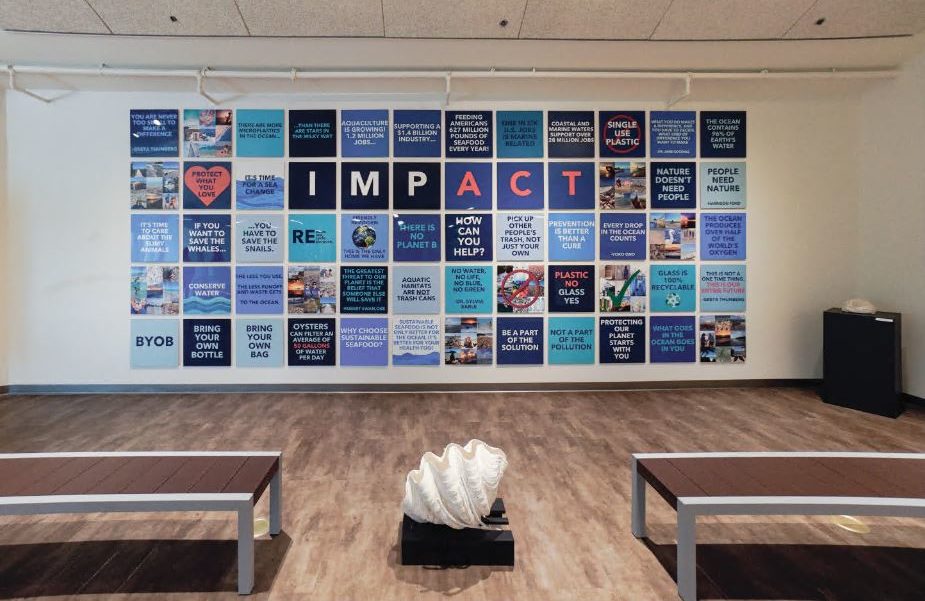 In the past year, there’s been a spontaneous renaissance among Sanibel cultural and nature centers—from BIG ARTS’ lofty new locale to Ding Darling’s expanded acreage to the aforementioned Cielo restaurant makeover. Things haven’t changed this much on the island since Hurricane Charley forced renovations and expansions in 2004. We propose it’s time to revisit—even if you’re lucky enough to live on the island. When you go, start with these new-old favorites. 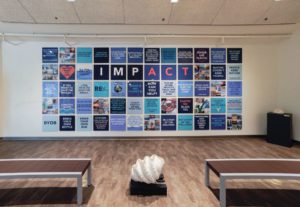 Living exhibits, more space: That’s what you first notice when you visit the renovated shell museum, which reopened in March. You may not readily see, but if you’re paying attention, you’ll soon learn, there’s a change in direction, too. Once a facility that showcased seashells in a cultural and scientific context, the new museum dials up its conservation mission to educate the public about mollusks—the at-risk, little-
understood invertebrates of the sea. The Great Hall of Shells is still there, but downstairs from it, 11 tanks interpret mollusks from scallops and junonias to cuttlefish and a giant Pacific octopus. Photo courtesy Nick Adams 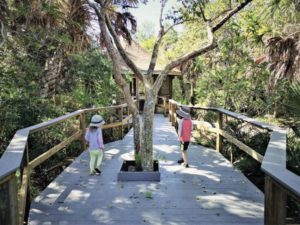 Just up the road from the shell museum, SCCF has still been recovering from Hurricane Irma, which shut down its four-mile nature trail along the Sanibel River in 2017. Since new CEO Ryan Orgera took over in 2019, the boardwalks have come back. Orgera has also effected a return to SCCF’s once-strong education mission by joining forces with the experiential Sanibel Sea School to create one collective nonprofit inspiring love for the sea. Photo courtesy Sanibel-Captiva Conservation Foundation 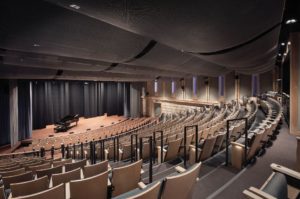 A leader in the arts for 40 years, BIG ARTS debuted a new building in January. Stay for a show at its high-tech Christensen Performance Hall. The acoustics and unobstructed stage views make it highly worthwhile. In the least, step into the modernized Dunham Gallery for exhibitions that have grown grander and more far-reaching since the $15 million razing and rebuilding of the facility. Photo courtesy BIG ARTS