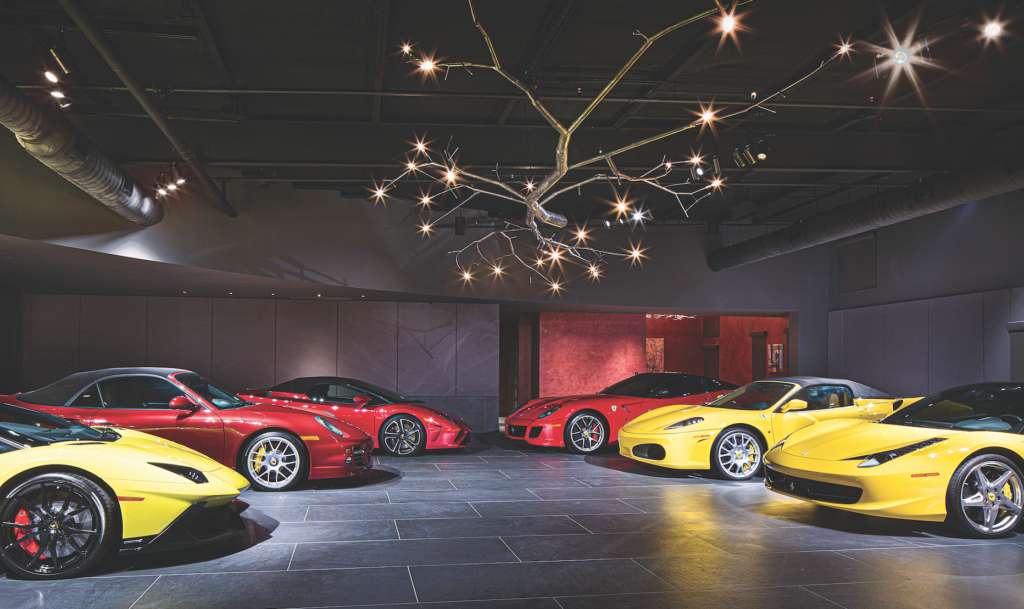 The man cave is a curious creation of modern life. Fabulously cliché maxims such as “a man’s home is his castle” or “a woman’s place is in the home” have at least allowed us to agree on the fact that both sexes should appreciate a hospitable domicile.  The recent requirements to stay close to home (thanks, COVID-19) have made it all the more sensible to indulge in residential accoutrements.

But, even before the virus, somewhere in the last 30-odd years, perhaps thanks to the onset of big-screen televisions and reasonably priced foosball tables, something called the man cave became de rigueur. Ostensibly, it is a room such as a study or den or extra bedroom (up north, they tend to be in basements), that isn’t occupied for another use. It allows a man to be a man in a confined space surrounded by the things he loves: electronics, games, oversized couches and posters of automobiles and Cheryl Tiegs. Some of the more extravagant may feature musical instruments, motorcycle helmets and beer on tap.

And then there’s Jim and Laura Dixon’s version. To say it puts all other mantuaries to shame would be, oh, what’s the word, correct. They unabashedly call it a man cave, though it’s technically unisex. Make no mistake that Laura is just as much into cars and wine and cooking and entertaining as Jim. “She’s a motorhead,” he says of his wife of 47 years.

The couple, who are trustees of the Naples Children & Education Foundation, sold their main business, Haynes, a precision-parts manufacturer, to Caterpillar in 2015. That allowed them to follow their passions to the extreme: fine wine (they own Naples Wine Collection and The Cave Bistro & Wine Bar), exotic automobiles (it’s good to buy your Ferraris in bulk) and entertaining (as their Naples Winter Wine Festival friends can and do attest).

Since every inch of their home in Collier’s Reserve was already built out to perfection—and their love of cool toys continued to grow—the pair had to think beyond simply adding a room when conceiving their den. Instead, the Dixons bought a commercial building across town and then redesigned and remodeled it into one of the most exquisite monuments to the concept imaginable.

Coming in at 8,250-square-feet, architect Jeff Scott and interior designer Judith Liegeois were brought in to transform the space from frumpy warehouse to glamorous hideaway. “We had a whole team,” Jim says. “We gave them a sketch of how we wanted it laid out and said we wanted to make this one of the best—ever.”

Not surprising for NWWF trustees, the couple has a sizable wine collection. Just how sizable? “We don’t know for sure,” Jim says. “But it’s somewhere around 14,000 bottles.” Well-regarded vintner pals, such as Cyril Chappellet and Jeff and Valerie Gargiulo, say it’s one of the finest private collections in the world.

Jim and Laura spent more than six months designing the wine room alone. The space—an ode to wine with cork flooring—looks and feels as though you are in the secret cellar of a European castle.

Glass doors open to the massive living area, which comfortably seats three dozen and features a 22-foot bar and full commercial kitchen. “When Laura and I decided to do this we thought, ‘Well, we have 13 cars in Naples—we need a place to put them.’ And we needed a place for the wine,” he says. But they also wanted a place where they could have friends over to enjoy said wine and appreciate the cars, along with an impressive video wall, which seamlessly combines nine 55-inch 4K HD TVs floating above a large linear fireplace. “I can have nine football games on.”

Every element in the cave has been optimized by experts, from audio and video specialists to a mechanical engineer, who designed the humidifier system for the wine room. “This place is really unique,” Jim says plainly.

And so it is—with its Venetian plaster entryway, its charcoal gray museum-like auto space and wood-enveloped living and entertainment area. But what catches the eye immediately upon entering the foyer is that car collection, especially if you happen to appreciate the distinctive lines of late-model European exotics.

Among the highlights are a placard 50th anniversary Lamborghini Aventador Roadster. It’s number 97 of 100. Next to it is a Ferrari 599 GTO, of which there are only 599 worldwide. The Dixons spent two years searching for it in its specific color combination: red with a black top and saddle brown interiors with carbon-fiber details. Then there’s the new Lamborghini Huracán Performante that Motor Trend named the World’s Best Driving Car, along with a Metropolitan Blue Rolls-Royce Dawn and a handful of Porsches. The vehicles are partially lit by a custom, 45-foot branch chandelier. To round out the space, the avid car fans purchased sculptures of the iconic Italian automakers’ symbols: a prancing horse and charging bull.

Those aren’t the only animals you’ll find inside. Years ago, Laura and Jim hosted a dinner for the Naples Winter Wine Festival with a theme based loosely on the film The Bridge on the River Kwai. They decorated with life-sized water buffalo, rhinoceros, gorilla, tiger, alligator and other animals made of a composite. Now the wild gang just hangs out among the cars. After all, man caves are all about fun, and this one is no exception. “People who come here love the animals,” Jim adds.

Though it’s hard to imagine what’s not to love in this world-class man cave.