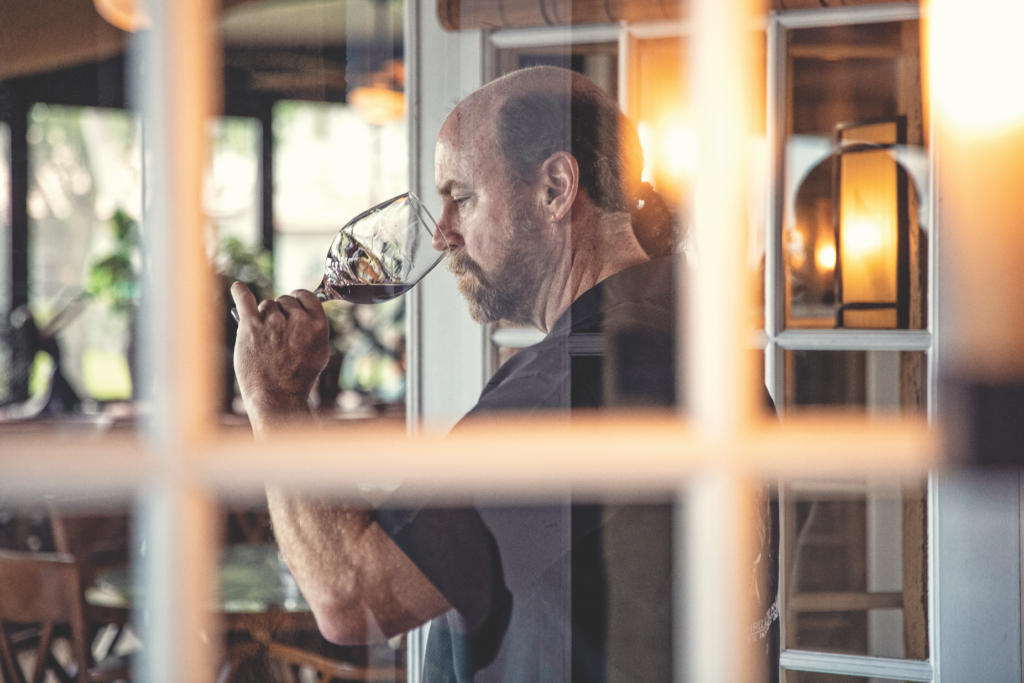 Dining at Blue Coyote in Fort Myers is more of an experience than a meal.

The members-only supper club keeps the menu simple but refined, with an emphasis on high-end cuts of meat and local fish and other seafood. However, its ambiance—which owner Mitch Schwenke calls “the fourth element,” after food, wine, and service—is what he credits to the club’s enduring popularity after 18 years. “People can expect to be here for a couple of hours, relaxing and enjoying their meal,” he says. The club offers a nice contrast to the rapid-fire pace of modern dining.

Much like the carefully curated selection of coyote art that hangs on the walls—the largest in the country, according to Schwenke—the restaurant prides itself on its thoughtful wine list.

Schwenke credits Corey Swarthout, the club’s general manager, for dramatically shaping the list’s direction when he joined more than a decade ago. Swarthout pushed to add smaller, lesser-known labels to the list, along with wines that would prove to be discoveries for the regular clientele. 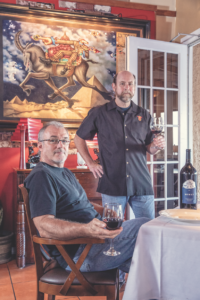 Schwenke points to the Burly Wine Cabernet Sauvignon from Napa, as one of his favorites on the list—a wine he notes is also elevated but unpretentious—like Blue Coyote itself. “It’s the best wine for the buck,” he says, adding that it drinks like one of the sought-after cult cabernets, but at a fraction of the price. “It’s a good, hearty wine,” Schwenke says.

Hank McCrorie, the owner of Burly Wine, never had any intention of making wine when he settled in Napa, at the behest of his Sonoma-born wife. The architect who designed McCrorie’s retirement home, however, mentioned he had a new vineyard of cabernet in the Coombsville AVA and was looking for someone to sign a contract on the plot and buy the fruit. Although initially resistant, McCrorie ended up taking on the land, and commenced a second career as a burgeoning winemaker.

He brought on renowned vineyard manager Mike Wolf and winemaker Massimo Monticelli—who worked at estates such as B. Wise and Silver Oak—to complete the Burly Wine team.

The team keeps the yields low to control quality and create more concentrated fruit. Rocky loam soils, poor in nutrients but great for drainage, also contribute to vine stress. Instead of expending energy into shoots and leaves, vines then put energy into ripening grapes, which ultimately leads to greater complexity.

There is no actual winery to speak of; all the vinification is done at Razi Winery on Napa’s famed Silverado Trail. Once they get to Razi, the grapes ferment for about a week, then spend an additional two weeks macerating, which imparts color and tannins into the juice. Aging takes place for about 20 months in small French oak barrels, followed by an additional two years in bottle. The result is a wine with dark, brooding fruit, bold yet integrated tannins, and a full, round texture. 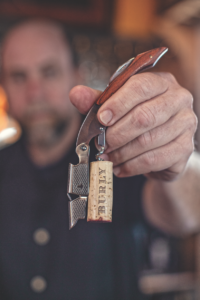 McCrorie has no intention of growing the label any larger than it already is, with about 2,000 cases total across four different bottlings. For him, the wine business “is not about the money.” Although he did well in his career, he doesn’t consider himself wealthy, but he’s “also not in a position where I have to make my living off of wine.”

When we spoke, he was in North Carolina for a wine dinner, the first one after many months of industry stillness due to COVID-19. The joy in his voice as he described the experience—six-foot spacing, masks, and all—rang through the slightly crackly phone connection. He loves talking about the wine and presenting it to guests. Seeing their reaction to something he created thrills him and reinforces his love for the business.

Being an aficionado of cabernet himself, it’s only natural that this popular variety is the focus of his wine. “I’m a steak man,” he says, “and what better to go with steak than cabernet?”  He fondly recounts his time living in New York City and visiting the venerable Spark’s steakhouse almost on a weekly basis. There would always be a cabernet to accompany his meal.

Hearing McCrorie’s passion, it’s no wonder this boutique wine label is such a hit at Blue Coyote. The ethos from which it was created—fine steak, fine wine, fine company—is a perfect fit with Blue Coyote’s ambiance ambitions. 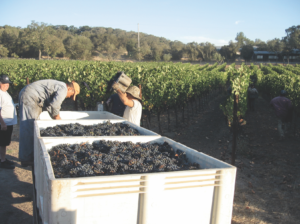