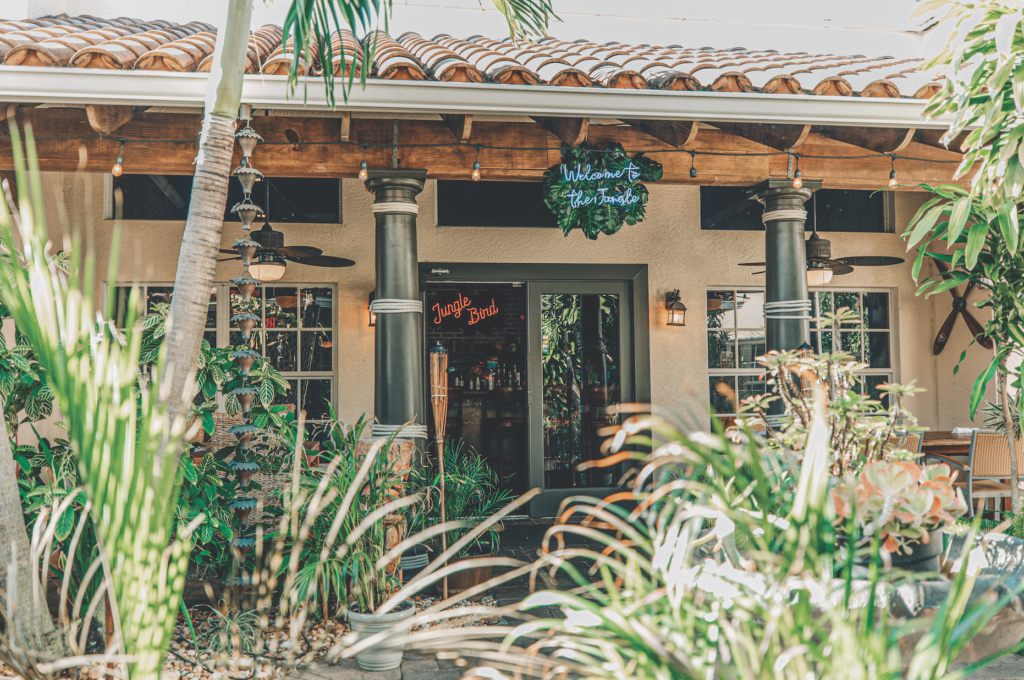 The bar­—with its lush patio, perfect for day sipping—delves deep into tiki lore, with a focus on authentic recipes dug up from the history books. (Courtesy Jungle Bird Authentic Tiki)

Jeremy Vincent first fell in love with the Jungle Bird cocktail at Beachbum Berry’s Latitude 29 in New Orleans in 2017. “The Jungle Bird is an interesting cocktail,” he says. “It is simple and diverse enough. To me, it’s the perfect cocktail—Campari and rum rich in banana flavor, it’s really balanced. It’s just sweet and bitter enough, not overpowering.”

He loved the cocktail so much, he decided to name his Cape Coral bar and restaurant for it. “It played perfectly in with the theme and vegetation here,” Vincent says.

For not only did he fall in love with one cocktail there in the Big Easy, he fell in love with the tiki bar concept—not what he calls the “Florida tiki bar,” but authentic tiki bars. Little did he know that he was among a growing culture with its own forums and drinkers who travel far and wide for tiki drinks.

Started in the 1930s at such classics as Beachcomber Don’s and Trader Vic’s, tiki bars used good rum and fresh juices to concoct drinks like the Mai Tai and Zombie. “Tiki has kind of been watered down over the past 20 to 30 years with mixers and corn syrups, cheaper booze, thick gross syrupy concoctions,” Vincent says. “We broke it down into more a simple process using recipes from old-school tiki books—not really sweet, syrupy, coconuty; more boozy with good aged rum and fresh juice.” 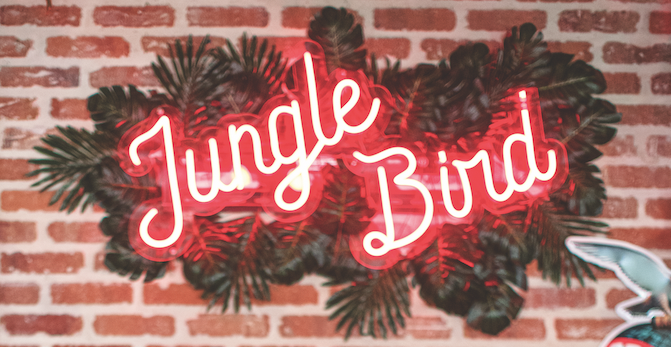 Vincent carried the concept of an authentic tiki bar with him since then. So, when the owners at Redfish Point restaurant, where he was consulting at the time, talked about closing after the COVID-19 shutdown, the former manager at Fathoms and Gather restaurants pulled a menu out of his pocket. “We joked. They were like ‘you always keep this in your pocket?’” Vincent says.

In August, they agreed to partner on a pop-up Jungle Bird. By November, immediate popularity made it a permanent fixture. So-called tiki nerds come from as far as Miami and Orlando. For others, who think all that’s required is a thatched roof, it’s an education process. “Tiki bars are supposed to be dollar shots and $1.50 beers,” Vincent says. Some people come into the lush courtyard that separates two interior dining and bar spaces expecting the typical cheap bar food and coconut shrimp. “Chef Nick [Hartmann] and I decided to make food we’d like to eat and a little more unique… a bar we would like to go to,” he says. Tiki drinks and summer belong together, he adds. So, this month, he shares his slightly tweaked rendition of the Jungle Bird, served up traditionally in a tiki-style mug. Tiki lore traces its invention to the Hilton Kuala Lumpur in Malaysia, circa 1970.

*Bartender’s note: “You can use other dark rums, but it won’t be the same. There’s no other like it,” Vincent says of the blackstrap molasses rum. 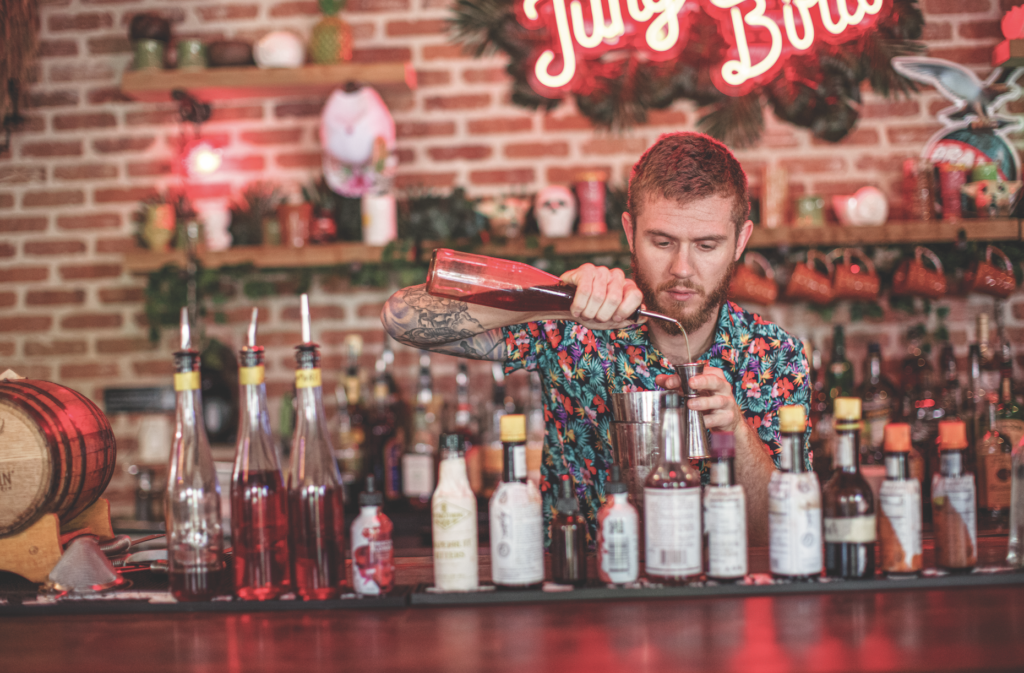