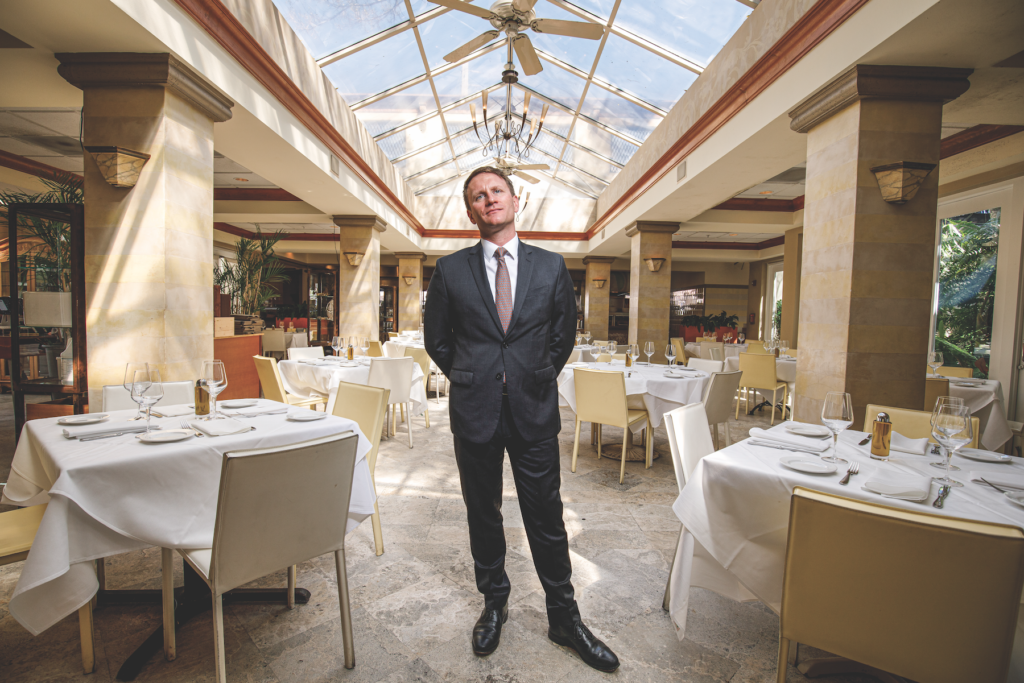 With 20 years in the restaurant industry, Sean Smith brings a “level of style, professionalism and sense of hospitality that is both natural and learned,” Campiello owner Richard D’Amico says. (Photography by Brian Tietz)

Three days before Dubai went into lockdown last spring, Sean Smith, who was working at the time as general manager at the second outpost for the Michelin-starred Marea, flew back to the United States. He had spent about a year and a half in Dubai overseeing the restaurant’s opening and planned to return to New York City in June to work on a new project with the same company. Then the pandemic set in.

With his plans to return to New York off the table, he started talking with friend and restaurateur Paul Fleming, who connected him with D’Amico & Partners CEO, Richard D’Amico. “It was our conversations that drew me to Campiello,” Smith says. “The D’Amico brothers have been in the business for over 30 years and designed a great concept.”

Smith and his wife moved down in September and he stepped into the role as general manager at the restaurant. Smith was part of the opening team at Michael White’s flagship New York restaurant, Marea, where he stayed for 10 years before launching the first international location in Dubai. As general manager at Marea, Smith coordinated daily restaurant operations, maintained customer service expectations and managed front- and back-of-house duties. He sees the key to success in his role as knowing “how to best utilize the various skill sets of the team members and understanding how they complement each other,” he says. “Everyone has their own strengths and weaknesses, and it’s a matter of focusing on the strengths.” From the diner standpoint, the general manager sets the tone for the experience at the restaurant—and Smith knows how to do this well.

While at Marea, Smith’s management skills helped the restaurant maintain two Michelin stars and earn a James Beard Award for Best New Restaurant, as well as nominations for Outstanding Service. Working alongside Marea beverage director, Francesco Grosso, who oversaw the extensive list of more than 750 different selections, Smith also honed his wine knowledge. As D’Amico puts it, his “level of style, professionalism and sense of hospitality that is both natural and learned” is what made Smith the perfect candidate for the role at Campiello.

Over his 20 years in the restaurant industry, Smith says he’s constantly learning and growing with each experience. Dubai, for example, was a challenge since he was not only opening a restaurant, he was navigating the different needs and expectations of another culture. “New York is always viewed as the world’s melting pot, but the mix of cultures and people in Dubai is unsurpassed,” he says.

Smith has always seen the industry as a ticket to travel. During off-season while working at Marea, he explored the mazelike medinas of Marrakesh; ventured to tiny villages in the mountains in northern Laos; and ate his way around the west coast of Mexico. Like most of us, Smith looks forward to traveling again when it’s safe to do so, and exploring more of Southwest Florida, but his main priority at the moment is ensuring the comfort and safety of the restaurant’s guests and team. He wants things to go smoothly during an already challenging time. “If 2020 has taught us anything, it’s to enjoy where you are,” he says. “The changes wrought by COVID are a huge disrupter to everything, but to restaurants especially. The pandemic has certainly been humbling, but it has allowed for more appreciation of things once taken for granted.” 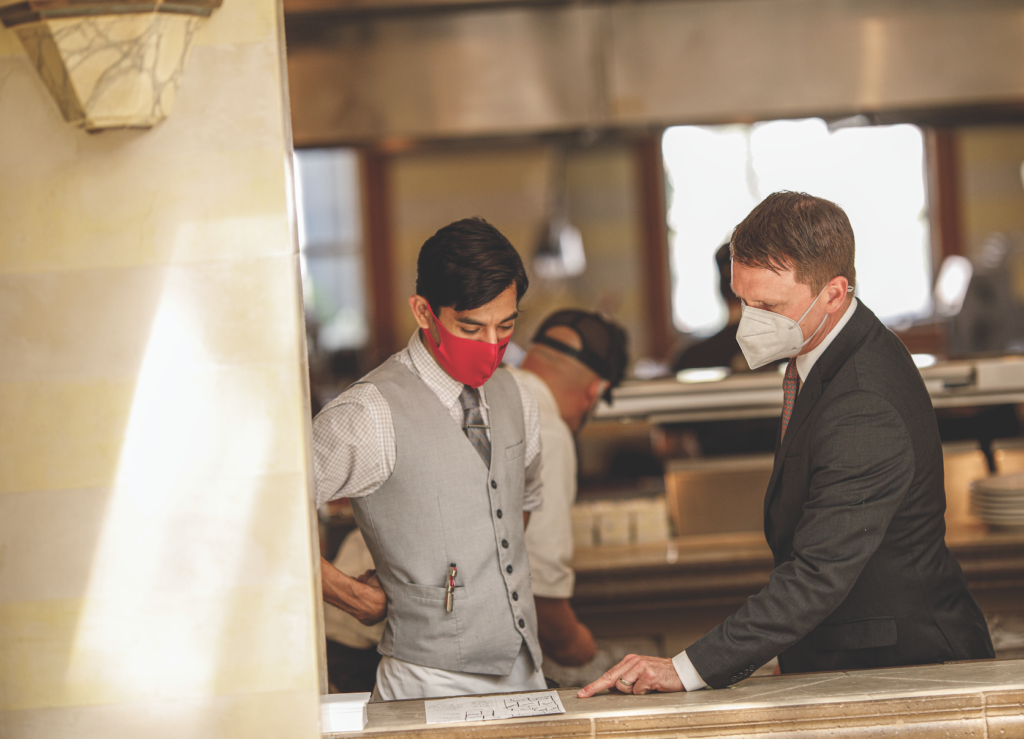