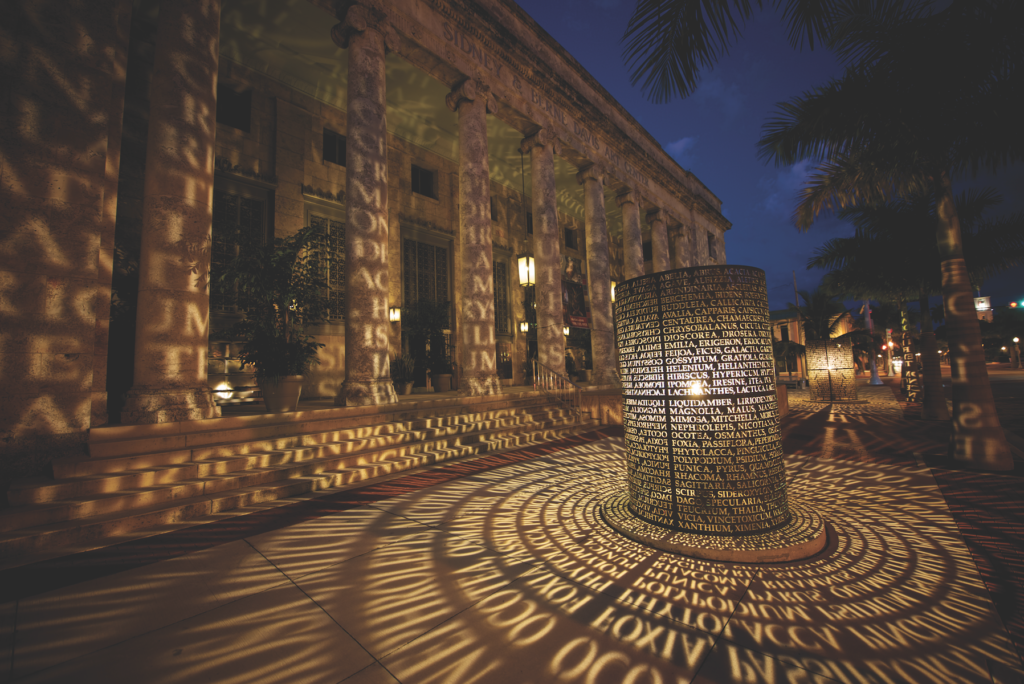 Musicians Mark Mothersbaugh and Beatie Wolfe collaborate with Bob Rauschenberg Gallery at FSW on Postcards for Democracy, an immersive exhibit version of artists’ national postcard-art project in support of the United States Postal Service. Fans are encouraged to submit their own postcard art to be displayed in the exhibit.

Following the young artist’s debut album I’ll Never Be the Same, released last month, the Jack Brandfield Jazz Trio brings a cool jazz sound to Marco Island Center for the Arts. Keeping in tune with some of the great trios from the ’40s and ’50s, the New York City-native’s group is drumless. He plays alongside his former mentors, guitarist Randy Napoleon and bassist Rodney Whitaker.

Go to an outdoor concert in Naples

Naples Concert Band is known for bringing classic hits to casual, outdoor venues. If you’re a fan of Judy Garland, you won’t want to miss vocalist Jenny Bintliff as she joins the ensemble in performing the actress’ favorite songs at sunset under the Cambier Park Band Shell.

Stroll through Mother Nature in Naples

Take Mother’s Day-flowers to the next level with a mom-and-me trip to Naples Botanical Garden. Rather than a bouquet, you can walk with her through more than 170 acres of lush foliage. And, of course, you can stop by the gift shop to pick up an orchid or another floral-themed present to take home. Admission is free for all mothers.

The Fort Myers Film Festival takes place primarily at Sidney & Berne Davis Art Center, and you can also catch screenings at venues around Fort Myers, including an original silent film from Thomas Edison at the Edison and Ford Winter Estates on May 14, and LGBTQ+ films at The Laboratory Theater of Florida on May 16.

Turn a concert into a staycation in Captiva

Fort Myers-based Sheena Brook, who trained with Adam Levine on NBC’s The Voice in 2017, brings her country-rock sound to the shores at the ‘Tween Waters Beach. Make a weekend out of it with ticket-and-room packages from ‘Tween Waters Island Resort & Spa.

Go line dancing for a cause in Naples

Saddle up and strap on your boots for the Denim & Diamonds Gala Fundraiser at Destiny Church Naples to benefit Naples Classical Academy, a tuition-free charter school slated to open this fall. Go for the barbecue, country tunes and a visit from congressman Madison Cawthorn.

Go to a stand-up show in Fort Myers

From The Spenser Report and Instant Family, comedian Iliza Schlesinger’s jokes about marriage, friendship and modern womanhood have also earned her five Netflix stand-up specials and a sketch show that debuted in 2020. Her Back in Action Tour makes a stop at Barbara B. Mann Performing Arts Hall this month.

David Mayfield Band, led by a Grammy Award-winning producer and musician who’s played alongside Mumford & Sons and The Avett Brothers, performs at the Sidney & Berne Davis Art Expect a lively show with some comedy thrown in to accompany his folksy sound.

Toast to the mythical creature with glitter rainbow beers and seltzers from Millennial Brewing Company at the UnicornFest Street Festival. With bounce houses, face painting, rainbow desserts and a unicorn costume contest, it’s guaranteed fun for the whole family.

Catch the ballet in Naples

Don’t miss this show where budding dance students from Naples Ballet perform alongside seasoned professionals in Tchaikovsky’s The Sleeping Beauty in Hayes Hall at Artis—Naples.