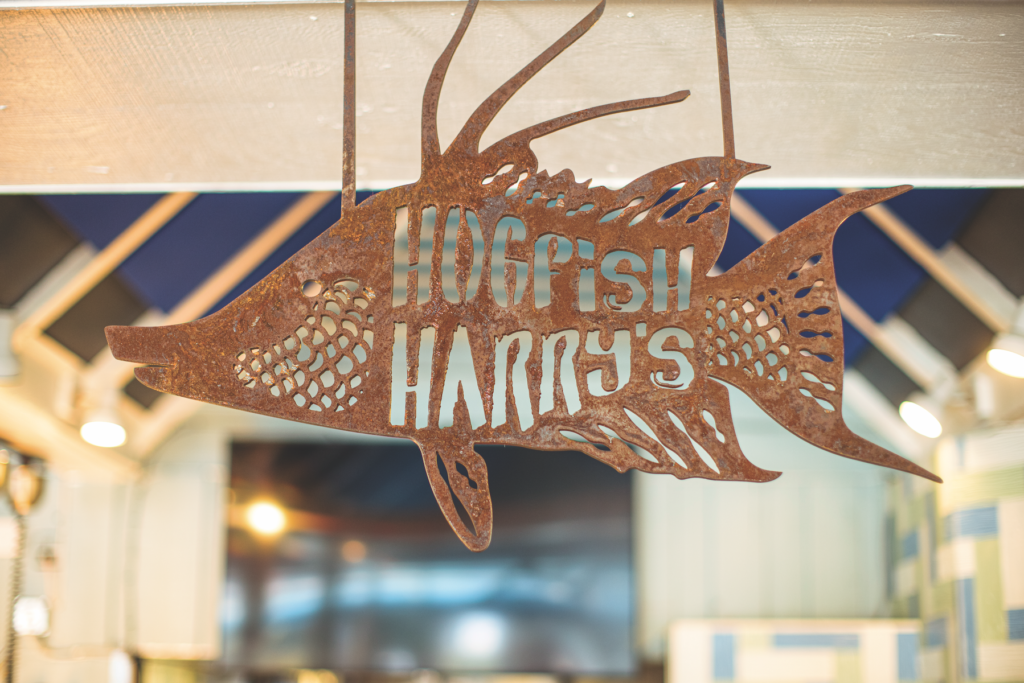 At Hogfish Harry’s, the hogfish is naturally the star of the show.

Everett Fromm so admires the unsung hogfish that he and his partners changed the name of the former Island Gypsy at Naples’ Park Shore Resort to Hogfish Harry’s when the restaurant reopened after renovations and rebranding in October. “I love hogfish due to their beauty and mild flavor,” Fromm, the restaurant’s culinary director, says. “It can be prepared a lot of different ways.”

The chef got creative while designing a fresh yet light dish to enhance the star of the plate, his beloved hogfish. Looking for a dinner special both rustic and refined, he conjured up a pan-roasted hogfish with melted leeks, jumbo lump crab, blistered tomatoes and charred citrus beurre blanc. Hogfish, often known as hog snapper because their textures are similar, is a member of the wrasse family, which is seen more often in aquariums than kitchens. Despite its less-than-glam name, the hogfish’s popularity has climbed in the past decade or so from a relative unknown to a fish cherished for its delicate flavor. The Florida Keys helped popularize the fish, which prefers a reef habitat and is usually spear-caught. Restaurants can easily source it from Mexico’s Yucatán Peninsula, Fromm says. 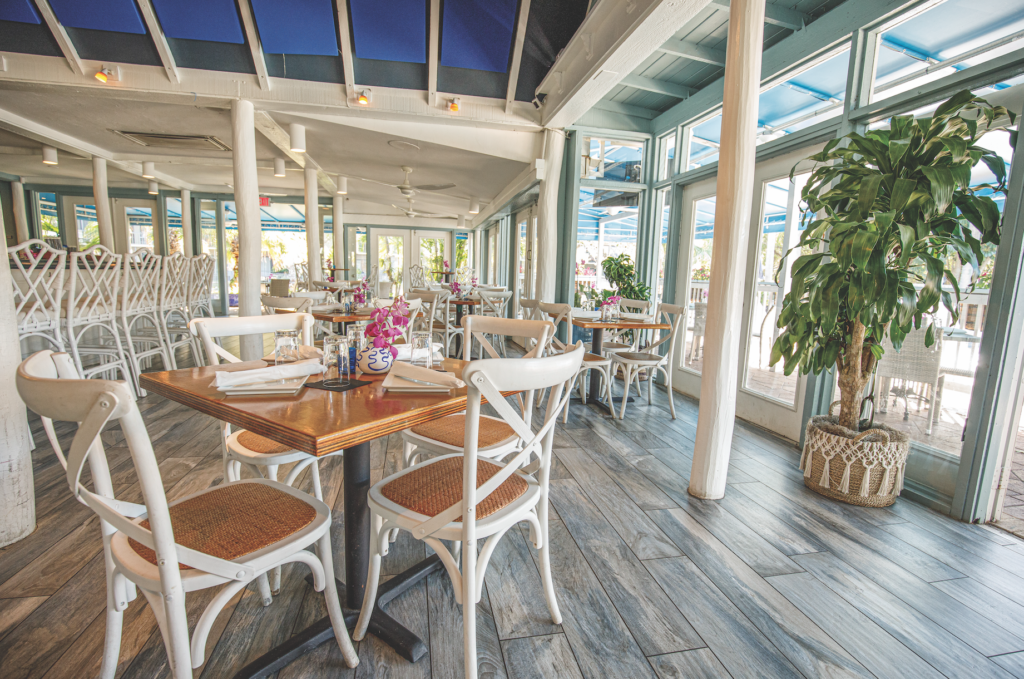 The chef consistently features the hogfish as a special, but also offers it crispy and fried in a sandwich for lunch and dinner or grilled with pineapple and ginger reduction on the dinner menu. Another multilayered, popular special features grilled hogfish with stone crab and English peas, Lil’ Moo cheese (a spreadable cow’s milk cheese) risotto, Meyer lemon beurre blanc and Thai basil oil. For a pan-roasted hogfish recipe, he precisely selected side dishes to complement the fish. “They are all mild-flavored vegetables; and the blistered tomatoes add texture and acidity to the dish, not overpowering the light flavor of the hogfish,” he says. “The sauce is very light to complement the fish and bring out the natural sweetness of the fillets.” When buying hogfish, the chef advises that it should smell fresh, sweet and like the sea. Fillets should be firm to the touch, not mushy or waterlogged. When preparing, use subtle seasonings to allow its flavor to shine.

For the leeks, blistered tomatoes and jumbo lump crab:

For the charred citrus beurre blanc:

1. Season the fish fillets with the sea salt and white pepper, and melt the butter in a nonstick pan.

2. Place the hogfish in the pan over medium heat, and cook for three minutes on each side until the fillets are
translucent.

3. Using a fish spatula, place the cooked fillets on a paper towel-lined plate to rest.

1. Heat a saute pan. Add the grapeseed oil, then tomatoes, and cook on high heat for 4 to 6 minutes until a dark roasted color occurs.

2. Add the Brussels sprouts flat side down and heat 3 minutes until they are caramelized.

3. Add the leeks, shallot, butter and wine. Cook down for 30 seconds on high heat, allowing the pan sauce to coat the vegetables.

4. Fold in the jumbo lump crab meat. Finish by seasoning with oregano, salt and pepper.

1. Chargrill lemons and orange at medium-high heat, cut side down, without squeezing or applying any pressure, for about 2
minutes.

2. Juice the citrus using a hand-juicer and set aside.

3. In a small saucepan, combine the wine, sliced shallot, bay leaf, thyme and juice of chargrilled citrus. Reduce to 1 tablespoon of liquid over medium heat.

4. Add the heavy cream and reduce on medium heat, until thickened, about 5 minutes. 5. Fold the butter into the pan on low heat, one cube at a time.

6. Season with salt and pepper and strain through a fine mesh strainer (chinois) and set to the side.

Place the vegetable and crab mixture in the center of the plate and top with the hogfish. Drizzle the beurre blanc on the fish and around the plate. Garnish it with fried leeks or fresh garden herbs such as chervil, thyme, oregano and flat-leaf parsley.