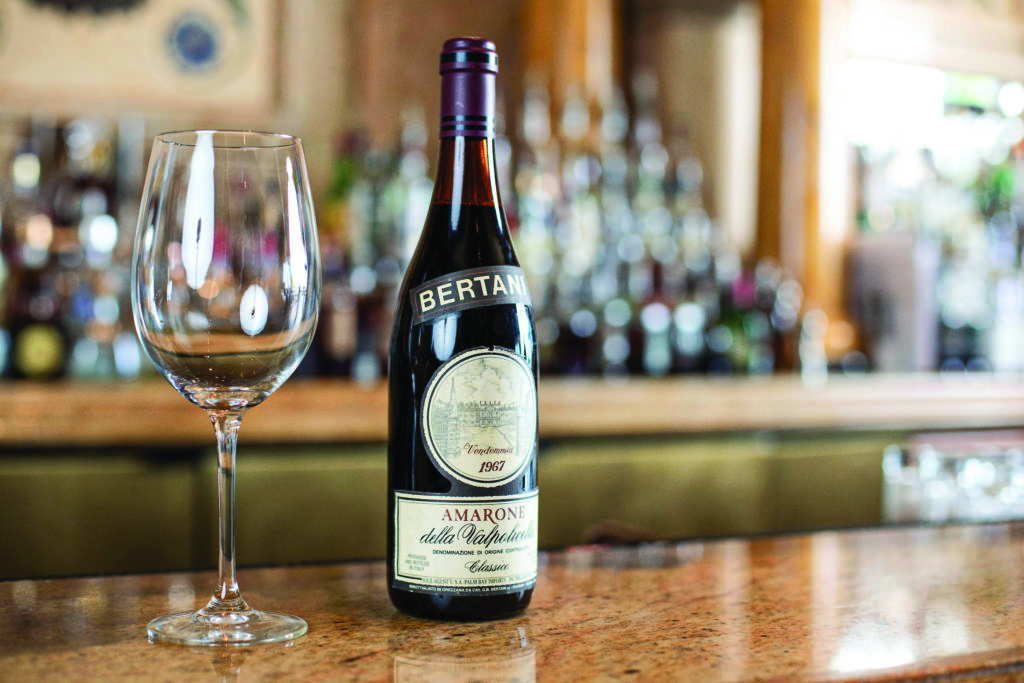 Though it has notes of cherry and fig, the voluptuous Amarone is dry and pairs well with a range of dishes. Photo by Erik Kellar

As a country with thousands of indigenous varieties, Italy’s wine culture runs the depth and breadth of styles. For a sommelier, these endless options both exhilarate and challenge, especially when it comes to creating an Italian-centric wine list. However, Ivan Brkovic, wine director and restaurant manager at Sale e Pepe at the Marco Beach Ocean Resort, embraces the country’s diversity, along with other global selections, to craft an award-winning wine menu.

When asked about a wine that currently captures his attention, Brkovic barely hesitates before pointing to Amarone—specifically, an ultrarare 1967 Bertani Amarone Classico. “I like the kick-in-the-face, silky, velvety, full-bodied, [yet] easy-to-drink style,” he says. It’s a wine that definitely needs food; and he points to meaty options like a rib-eye or the restaurant’s seasonal osso buco as ideal matches.

While terroir and varieties dominate conversations about wine, Amarone—a wine from the Valpolicella region outside of Verona—highlights the vinification process, which is just as important to its style as the grapes and where it comes from.

Bertani’s technical director Andrea Lonardi calls it “a methodology wine,” because its character is so dictated by the process. After harvest, grapes are laid out on straw mats to dry, a process called appassimento. Grapes raisinate and sugars concentrate, creating a wholly distinctive wine.

More so, Lonardi says these wines express the vintage in a way regular winemaking can’t; the natural drying process brings out subtle nuances that tell the story of what happened in the vineyard and the region that year. Cooler weather yields vintages that often portray a floral character, while warmer years bring a meaty, iron-like note to the wine.

Post-fermentation, wines age for an astounding nine years in barrels, and, over time, develop some of the same nutty, dried-fruit, oxidative qualities as a sherry would. 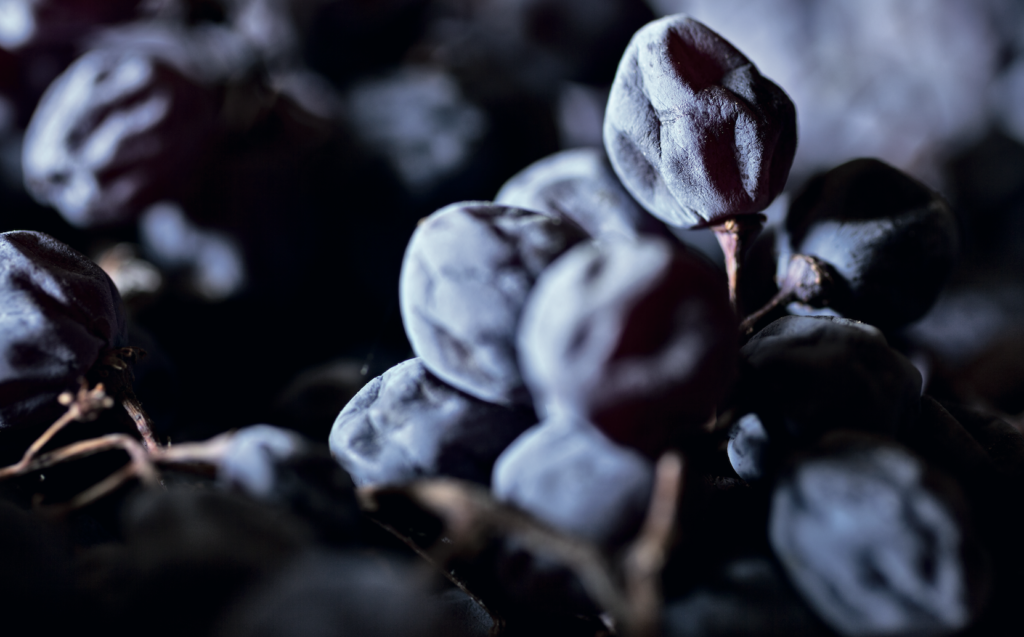 Lonardi is quick to point out, though, that he doesn’t want process—especially the singular appassimento—to overshadow the region’s terroir and its contribution to Bertani’s signature style. Valpolicella’s white limestone and volcanic soils offer “a unique salty and savory character,” along with a hint of smokiness, which give these big wines freshness and energy, he says.

Two of Valpolicella’s native varieties also come into play in Bertani’s wine: corvina and rondinella. (Rondinella is believed to be an offspring of corvina.) Corvina displays prominent cherry flavors, which morph and amplify as the grapes’ composition changes, while rondinella, which comprises no more than 10% of Betrani’s Amarone, is more floral, with hints of violet. Plush and voluptuous, Amarone wines are not shy. Nor are they sweet; those cherry notes, along with fruits, like fig and date, dominate on the nose and palate, but the wines are completely dry and ideal for a range of cuisines. The appellation was founded on the basis of a sweet wine called Recioto, and it took several years for a dry Amarone to finally capture drinkers’ attention.

Time and its effect on the vineyards—and Amarone in general—is weighing on Lonardi. As the climate continues to change, he and the team think about winemaking differently than they did in the previous decades to maintain their signature style. “It’s important to look to the past, but to also have a contemporary approach,” he says. “We’re not making wines the same way as 20, 50 years ago. We’re adapting to fully represent terroir and the identity of the wine.” 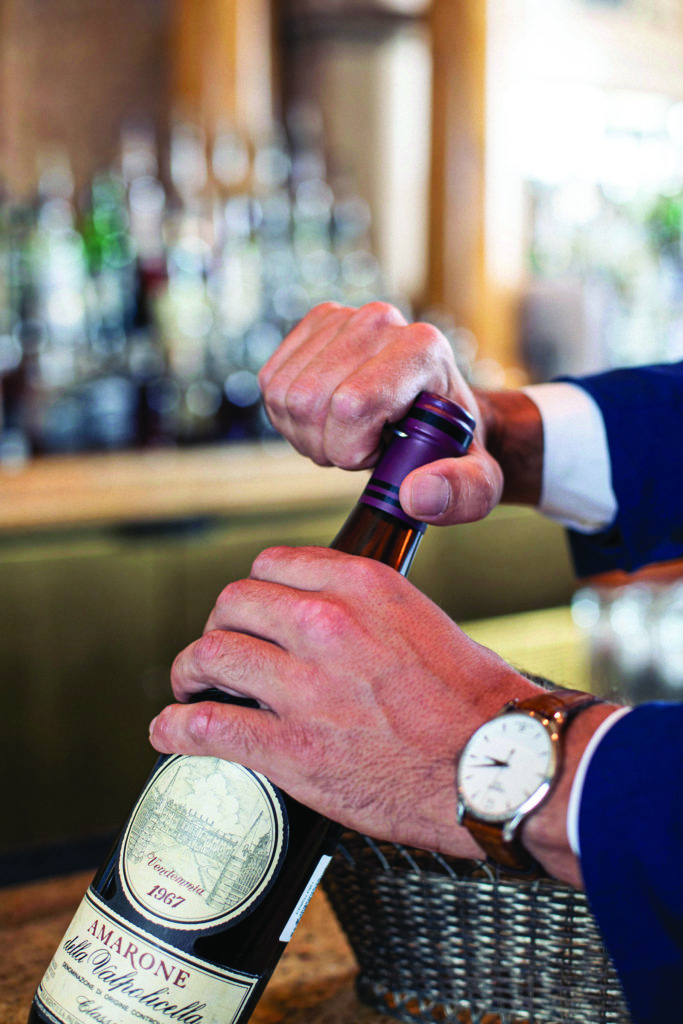 In the last 20 years, harvests have been occurring earlier because of climate change, he points out, and the team must bow to these new rhythms to ensure grapes don’t get overripe. Fruit, sugar, alcohol—it’s all a careful balancing act. Maintaining great acidity and that sense of energy is paramount to the Bertani house style; and the winery is now experimenting with grape clones that are suited for today’s evolving climate.

These are wines that age well, as evident by Brkovic’s selection. The 1967, coincidentally, is one of Lonardi’s self-proclaimed favorite vintages. As time goes on, savory, earthy and leathery notes make an appearance, adding a whole new dimension to the wine. The Bertani estate currently sells an astounding 45 different vintages of Amarone—that’s how resilient these wines are.

Although a 54-year-old vintage is a rarity on any wine list—Brkovic only had one bottle in the restaurant’s cellar—it’s one that leaves an impression for a wine director. There’s no greater way to extend hospitality than by giving guests an experience that they can’t easily replicate.