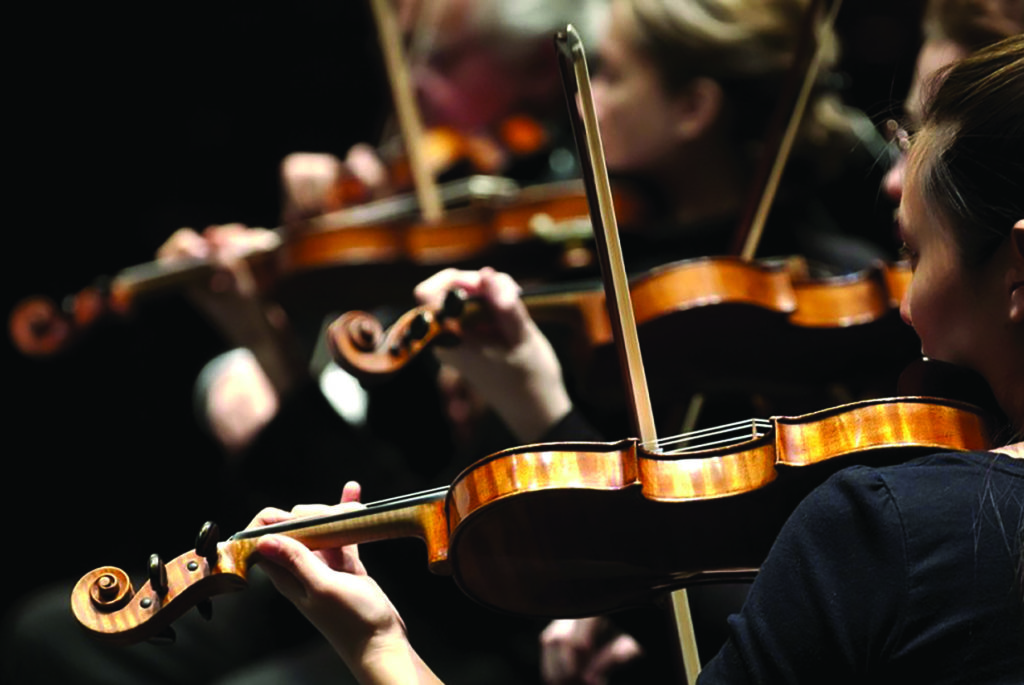 While Northerners have been flocking to the shores of Florida since the 1890s, thanks to the creation of the railroad, Fort Myers became a boomtown for snowbirds in the late 1950s and early 1960s. East Coast and Midwest transplants were looking to escape the snow and carve out their slice of paradise—and they wanted the opportunity to enjoy artistic pursuits between fishing trips and sunset strolls. In 1961, one of those transplants decided to help fill the cultural void: Piano teacher Arlo Deibler, who had worked with the St. Louis Symphony Orchestra, rounded up a group of musicians to form what was then called the Fort Myers Community Symphony Orchestra. They performed in churches, schools and other venues that afforded them enough room to set up. Now, known as Southwest Florida Symphony, the organization celebrates its 60th anniversary with a Diamond Jubilee season. “I had attended symphony concerts as a fangirl while pursuing other careers,” executive director Amy Ginsburg says. “To be here now, at such an exciting time for us, is pretty amazing.”

Ginsburg moved from Philadelphia to Lee County as a kid in 1980. “You couldn’t even fly into Fort Myers back then. Our family had to fly into Miami and drive across the two-lane Alligator Alley—and there was no air conditioning in the car,” she says. “I remember, as a Philly kid, thinking, ‘What is this place?’” Compared to her hometown, she found 1980s Florida to be culturally starved until she had the opportunity to see the symphony, which by then had transitioned into a fully professional orchestra based out of Fort Myers’ Barbara B. Mann Performing Arts Hall. Not only was Ginsburg instantly smitten by the venue, it also became a refuge for her as she began regularly attending concerts with her father. “It was transformative. It gave me hope,” she recalls.

Thanks to the support of local and visiting music lovers, the symphony’s growth was fairly quick. By 1969, the group had a board of directors and a volunteer auxiliary, known as the Southwest Florida Symphony Society. Today, under Ginsburg’s leadership, the society runs with the help of more than 200 volunteers and a full-time staff of 12, which provides housing, transportation and concierge services for guest musicians.

The symphony (which is a part of the League of American Orchestras) employs 70 musicians each season. “Not only are we one-of-a-kind in Lee County, we’re also the fourth oldest continuously operating orchestra in the state,” Ginsburg notes.

In celebration of the big birthday season, there are big plans in store from Charlotte to Collier Counties, including Holiday Pops in December, the Year of the Tiger fundraiser in February and an Elton John tribute in April. Four prominent musical directors will also make appearances, including Vladimir Kulenovic, most recently of Chicago; Laura Jackson from the Reno Philharmonic;  the assistant conductor of the Atlanta Symphony Orchestra, Stephen Mulligan; and Radu Paponiu, who is the associate director of the Naples Philharmonic and director of their youth orchestra. Each will bring their gifts to the anniversary affairs as they essentially audition to take over for the popular former maestro, Nir Kabaretti. “We’re looking for a match made in heaven,” Ginsburg says. “Even at 60, we plan to stay young and be a risk-taking, innovative orchestra. We’re evolving constantly and we wouldn’t have it any other way.”