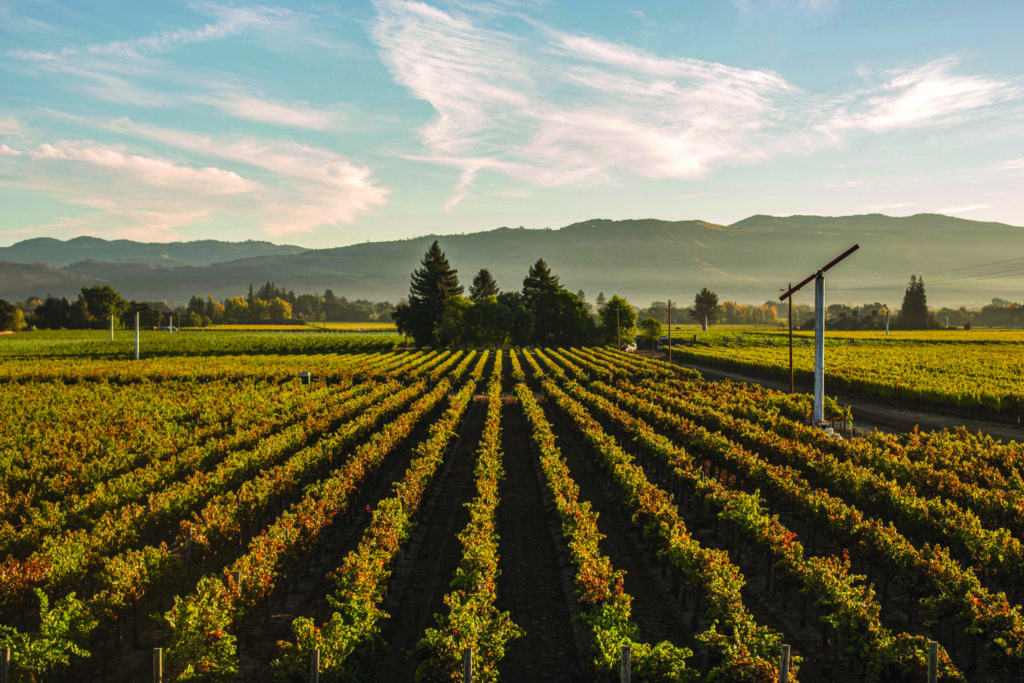 In 1855, France’s first president, Napoleon III, put forward a daring proposition: He asked French merchants to rank the best producers in Bordeaux in advance of an exposition that would feature the region’s wines. Primarily influenced by bottles’ prices and international reputations, the merchants began the unenviable task of grouping the region’s 61 châteaux into five crus. Only four producers were classified as premier cru, or first growth. In this highest ranking group were Lafite Rothschild, Latour, Margaux and Haut-Brion. (A fifth winery, Mouton Rothschild, was added in 1973.) As the oldest classification system, the first-growth designation still stands as a universal symbol of prestige and quality.

The United States has no such classification system, even though Napa Valley, which has a similar emphasis on cabernet sauvignon as Bordeaux, offers many wines that can now rival—and even surpass—the quality, price and reputation of the French region’s top bottles. David Parker, CEO of Benchmark Wine Group, the top retailer of rare wines in the United States, says auction prices for Napa wines rose 15% in 2020, while Bordeaux prices saw only a 12% rise. He believes the cost of California vineyards—as much as $250,000 per acre in the cabernet-heavy Rutherford AVA—and the recruitment of celebrity consultants—Heidi Barrett, known as The First Lady of Wine, at Screaming Eagle and Diamond Creek Vineyards, for example—are driving Napa prices to all-time highs.

With that in mind, we took a cue from Napoleon III and asked local wine shop owners to designate Napa estates to an American premier cru. Some gravitated to rare cult wines, such as Screaming Eagle, keeping in line with the 1855 criteria that centered around prestige and wineries’ ability to charge top dollar over time. Others stood firmly with the 19th-century producers who founded Napa’s wine industry, honoring the region’s pioneers, much like the French did with Margaux.

Screaming Eagle is among the obvious choices for Bruce Nichols, owner and operator of The Wine Store in Naples. The winery is so exclusive that it doesn’t allow media or professional visits—even celebrities like Jay-Z have been turned away. It’s not unheard of to wait more than 10 years for a spot on the waitlist for new releases, and the 2015 vintage, which can be found online through specialty merchants, retails for $3,500. Other cult producers might also make the first-growth grade, Nichols says, including Harlan Estate, Shafer Vineyards (for its Hillside Select) and Realm Cellars, whose wine package fetched $440,000 at Naples Winter Wine Festival’s 2016 auction.

Also among Napa’s exclusive wines is Opus One Winery. A partnership between Bordeaux’s Baron Philippe de Rothschild and Napa producer Robert Mondavi, it was one of the most expensive California wines when it debuted in the 1980s at $50, demonstrating that the region’s wines could command premium prices. Naples Wine Collection associate Douglas Ferrie lists it among his first-growth selections for its importance in shaping the Napa market.

He also cites other top cabernet producers, including Beaulieu Vineyard, Schrader Cellars, Diamond Creek and Grace Family Vineyards as possible contenders. “The best wines are coming from Pritchard Hill,” he says. The grape-growing region’s rocky volcanic soil, coupled with elevations between 800 and 2,000 feet, provides perfect conditions for complex, long-lived cabernet sauvignon. “That’s where the revolution is,” Ferrie says, pointing to Continuum and Ovid as pacesetters for Napa’s wine scene.

Along with Opus One, Will Smith, managing partner of Naples Fine Wine, who worked for several Napa producers before moving to Florida, adds famed Heitz Cellars, Stag’s Leap Wine Cellars and Chateau Montelena to his first-growth list because of their 25-plus-year track records. (Montelena’s wines famously routed French bottles in a blind tasting at the 1976 Judgment of Paris.) “I like vineyard-driven wines. These producers tend to make wines that are restrained in alcohol and are more terroir-driven,” he says before naming his top pick from another Napa pioneer. “I’m a huge advocate for classic wineries like Robert Mondavi. I’ll put its To Kalon Reserve up against any of them.”

The Mondavi To Kalon Reserve sells for $175, a relative bargain among Napa’s premium bottles. First planted in 1868 by Hamilton Walker Crabb, To Kalon is often referred to as Napa’s first-growth vineyard because legendary producers get their grapes there. The elite list includes Schrader, Realm, Paul Hobbs Winery, Opus One and MacDonald—all of which have wines that fetch more than $300.

Getting your hands on Napa’s top bottles may be a challenge. While Bordeaux’s Lafite Rothschild’s current annual production is 15,000 to 20,000 cases, the most famous Napa wines, such as Screaming Eagle, Mondavi To Kalon, Harlan Estate and Ovid, release less than 2,000 cases a year. (Opus One is an exception, with about 25,000 cases produced annually.) Don’t expect that to change anytime soon. “They can’t raise production and maintain quality,” says Parker, of Benchmark Wine Group. “When we get them, they sell virtually instantly. I can’t keep them in stock at any price. It’s a hot market right now.”