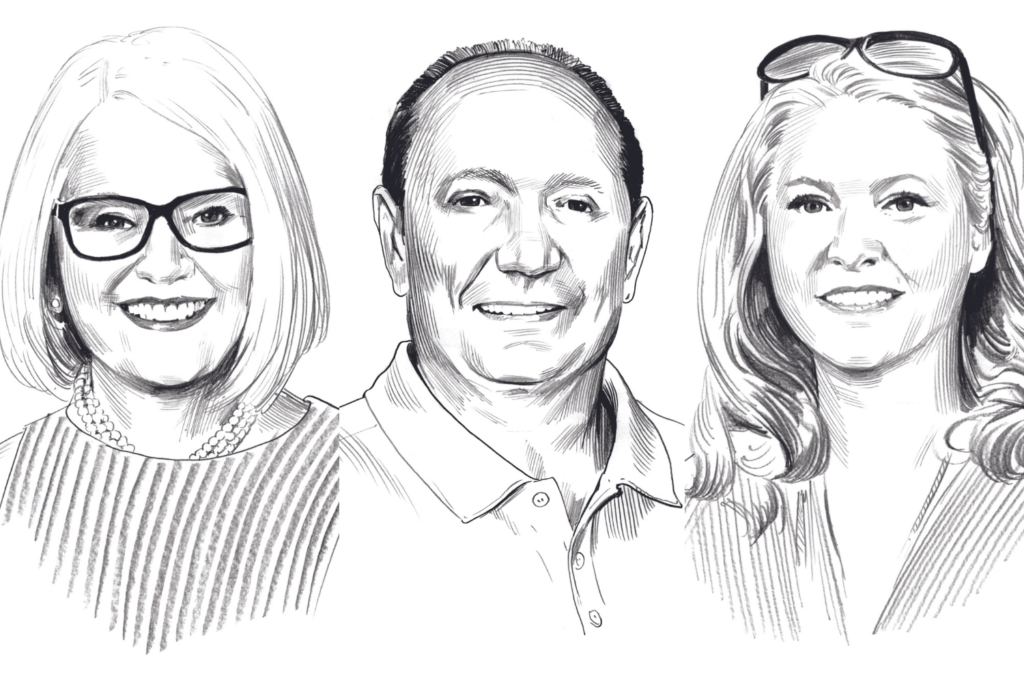 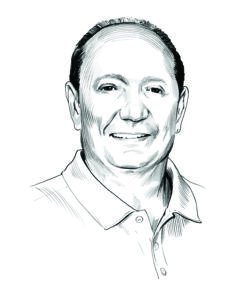 Married to an opera singer, Steve Akin has long been attracted to the stage. At Gulfshore Playhouse, he headed up the $45 million capital campaign for its new cultural campus, which will provide more and better spaces for stellar productions. Looking to the months ahead, Akin is looking forward to seeing “Higher” by Broadway actor and Gulfshore Playhouse veteran Jeffrey Binder. The original, one-man show examines how the lives of two people from different eras intertwine in the city of Prague. Though the theater streamed a filmed version last season, Akin says, “It really needs to be seen live to be fully appreciated.” He describes Binder as an artist unto himself. “Jeff has had a long career. He writes plays; he directs … [‘Higher’] is a story of faith, healing and hope through multiple generations, and he pulls it off superbly.” —Justin Paprocki 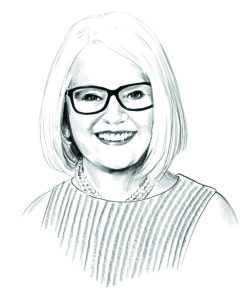 Gulfshore Playhouse board member; Artis—Naples and The Naples Players patron

The Show: “A Gentleman’s Guide to Love and Murder”

As an award-winning Broadway producer and staunch supporter of the area’s cultural institutions, Patty Baker knows her stuff. This season, she’s looking forward to The Naples Players’ staging of this murderous romp. In the musical comedy, the winner of four Tony Awards including Best Musical, a man discovers he is ninth in line to inherit his family fortune and sets out to eliminate the other heirs. The twist: A single actor plays all eight rival heirs. “I saw it live on Broadway,” Patty Baker, who has worked as a Broadway producer, says. “Very funny and charming. It has a dry British wit to it. It’s something out of the ordinary that people will enjoy.”—J.P. 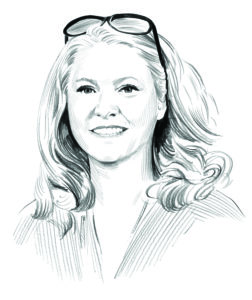 The Show: “West Side Story”

“I can’t wait to see a big, classic musical with amazing dance numbers again. It’s been too long,” Dr. Laura Wright—a philanthropist and professor at FGCU, who collaborated with Florida Rep as a researcher on past productions—says. The Leonard Bernstein musical, a 1950s-era retelling of “Romeo & Juliet,” feels timely thanks to its multiculturalism, Wright says. Plus, she appreciates that the show—the first collaboration between ensemble cast members and the education department—takes an immersive approach to training next-gen talent. “Local teenagers—including my daughter, Sophia—will be working alongside professionals from New York and all over the country,” she says. “The kids are going to learn so much on so many levels.” —Stephanie Davis

Art paints a broader picture with inclusive shows and exhibits.

There was a time—and it wasn’t that long ago—when it was rare to see a person of color on the local stage. Galleries also featured mostly white artists and subjects, and if you wanted to attend a drag show, you had to go to a small, dark bar off the beaten path. But in the past decade, the arts scene has made strides toward greater inclusivity, and never has that been more apparent than this season, when programming represents a wide range of experiences and perspectives. Here are seven shows to catch.

“The Colored Museum” by George C. Wolfe
Jan. 8-30 at Alliance for the Arts
This immersive experience takes audiences through the campus, where 11 theatrical exhibits challenge stereotypes about Black America.

“Travis Somerville: Burden of Consequences”
Jan. 28-Mar. 3 at FGCU’s Wasmer Art Gallery
Raised in the American South in the ’60s and ’70s, Somerville shows no nostalgia for the past, tackling historic and modern themes of racism, social injustice and political strife.

“The Cake”
Feb. 2-27 at The Naples Players
Based on a true story, the play follows a Christian baker who re-examines the meaning of love after being asked to bake a cake for a friend’s lesbian wedding.

“Women Take Issue”
Feb. 4-21 at Sidney & Berne Davis Art Center
Women’s voices are still underrepresented in the arts—but not so in this show. Punta Gorda artist Patricia Anderson Turner called on colleagues to create works that address gun control, immigration and politics from the female perspective.

“Avenue Q”
Feb. 26-Mar. 27 at Laboratory Theater of Florida
The Tony Award-winning musical comedy—performed by an ensemble of actors and risqué puppets—deals with racism, LGBTQI+ issues and internet pornography.

“Art by the disABLEd”
Apr. 29-Jun. 5 at BIG ARTS
In partnership with Lee Health, the exhibition highlights the talents and creativity of disabled locals, with proceeds benefiting the Arts in Healthcare Program, which integrates art into patient treatment and recovery.