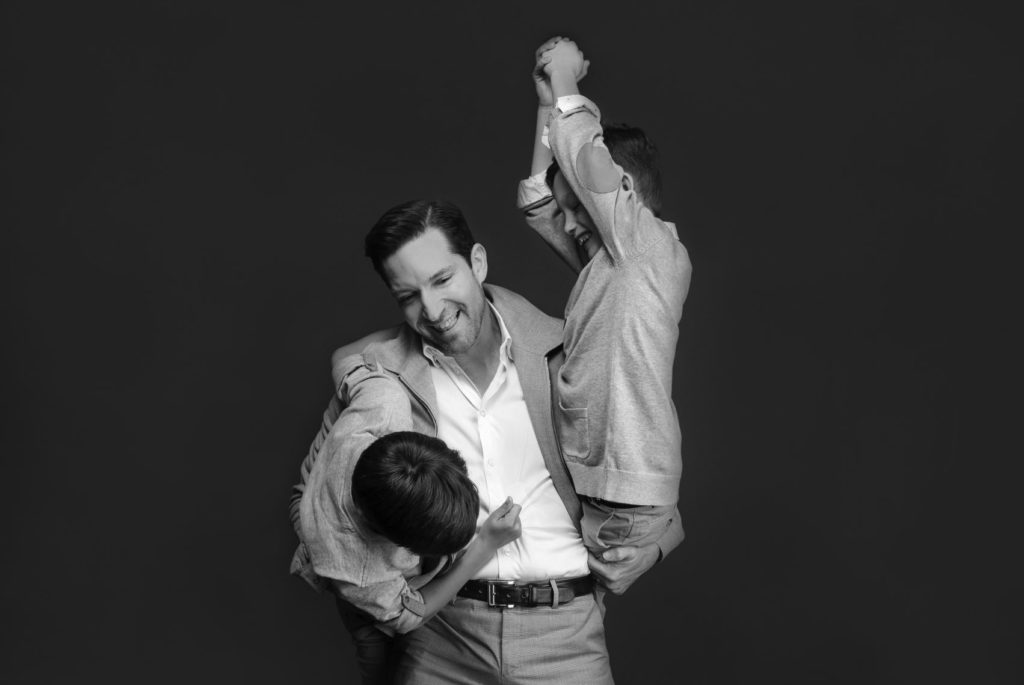 Despite moving from London to Florida seven years ago, it wasn’t until Enoch Showunmi’s 15-month-old daughter, Alba, was born that the retired professional soccer player felt “a bit of culture shock,” he says. “Everything we do day-to-day becomes about her.” She may be too young to kick a ball around with her dad, the director of Naples United Football Club, but Showunmi and his wife, Italian-born Gabriella, a former fashion designer-turned-CEO of luxury travel company Elect Lifestyle, take baby along for date nights at restaurants in Naples and on road trips to Miami. When Alba gets older, Showunmi wants her to experience other countries and cultures, just like he did as a child visiting family in Nigeria. “You become more exposed to the world as a whole—and that’s something that I want to give my daughter,” he says.

Just as he is exposing his daughter to other cultures and opportunities, Showunmi also hopes to do the same for children in Southwest Florida with two-year-old Global Soccer Pathways, a youth mentoring and coaching program that he launched in Naples at the onset of the pandemic, when he noticed players were losing motivation. Growing up in England, the game was fully funded, leveling out the playing ground for children, but in the U.S., “soccer is an elite sport, so people pay to play,” he says. “There are so many kids, especially in Collier County, who can’t afford to pay, so we are working on—and getting closer to—building a fully-funded academy where kids locally can come out, play, develop and be part of something.” —Lane Nieset

For Naples-based luxury real estate broker Richard Prebish II, the pandemic had one silver lining—he had more control over his work schedule to spend time with his wife, Stephanie, and their two daughters, 6-year-old Margaret and 9-year-old Maryn. “I’ve spent more time with my family at the beach than I have in the past 15 years,” says the Michigan native, who moved to Southwest Florida shortly after completing his master’s degree. The family often frequent the beach near their Port Royal home and take their boat, Something’s Gotta Give—a nod to the couple’s favorite film—on cruises to Keewaydin Island, where they’ll anchor on the Gulf side and spend the day picnicking and floating on rafts. “It’s like having your own private island right there, just 20 minutes from the dock,” he says.

Living in a region that’s rich in natural beauty is something Prebish wants his children to understand and appreciate, so they take every opportunity to get the girls out into the nature that surrounds them. The family also places a strong emphasis on the arts, and the house is scattered with supplies like paint and crayons—as well as a piano upstairs—giving the children plenty of options to unleash their creative side.

Being in the real estate business, Richard is naturally drawn to history and heritage, and as a board member of the Naples Historical Society, he focuses a good chunk of time on the preservation of the Naples Historic District. “Whenever I go by a landmark in Naples with the kids, I always make a point to stop and share a story,” he says. “It’s important to appreciate what has come before you.” —L.N.

Arsen Ustayev and his family moved to the U.S. in 1991 when he was 11, fleeing from the oppressive Soviet Union. “We were only allowed to take $90 per family member,” he recalls. On his first day of school, students mocked him for the hand-me-down pink backpack he wore. “I didn’t have the right clothes or the right sneakers,” he says. Now, he raises his daughter Sophia, 10, and son, David, 7, to be accepting of all people. “We are all one human race,” he reminds them.

Having moved here in 2020, the Ustayevs are relatively new to Naples, but they have become quick fixtures at Community School of Naples (CSN). With this trademark flair, Ustayev is easy to spot in his fitted Dolce & Gabbana blazers (the fashion house recently invited him to a runway show in Milan). His wife is equally stylish, and both little ones share their dad’s love for Dolce (David especially loves the brand’s sneakers).

Academics take precedent, though, and the straight-A students have never missed a day at CSN. “This school is so advanced,” Ustayev says. “Things my daughter was learning in third grade up in Pennsylvania, my son is learning in first grade here.” The couple recently donated to help fund CSN’s new dining hall, and they support local nonprofits, including Naples Children & Education Foundation and Naples Zoo at Caribbean Gardens. When the kids aren’t in school, they’re playing tennis, practicing the piano or boating along the Gulf as a family. “We want to give our kids every opportunity to enjoy life and have things we didn’t have,” Dad says. “But we also know the importance of ‘Vitamin N,’ which is the word ‘no.’ They need to hear that, too.” —Jaynie Bartley

Designer Dwayne Bergmann and his lawyer husband, Luis Insignares, limit their twin sons to 30 minutes a day of screen time to avoid overstimulating or over-entertaining the kids. “We want them to have a sense of self-drive and self-management,” Bergmann says. At Edison Park Creative and Expressive Arts School in Downtown Fort Myers, the 8-year-olds Carter and Coleman, are encouraged to explore drama, dance and music. “We wanted them to be exposed to the arts and explore their creativity,” Insignares says.

Living in Fort Myers, the couple lured Bergmann’s parents from Missouri and Insignares’ from Miami to create a close network of extended family, before the boys came along. (Insignares’ sister also lives in the area with her kids, who are 12 and 18.) “It’s an idyllic place to raise a small family,” Insignares says. On days off, you’ll find the clan of four at Love Boat Homemade Ice Cream in Fort Myers or on the court, playing tennis with their cousins. The rest of their free time is spent running around in their Fort Myers backyard or crafting with scraps of cardboard, paper and tape (“Cardboard and tape are hot commodities around here,” Bergmann says). “Our house is destroyed every day; they get everything out and play,” Bergmann says with a laugh. “But that’s the trade-off. Otherwise, they’d be sitting in front of the TV playing video games.” —J.B.

Jason Teeters and Kehrin Hassan Teeters represent a new generation of Southwest Florida families: hustling, multi-talented entrepreneurs who steadily fill the region with businesses that cater to their millennial peers. Jason, who moved to Fort Myers to teach at Dunbar High School in 2002, now works full-time for Collaboratory, where his role as Nurturing Lead has him connecting nonprofits with activists, artists and other changemakers. Their goal: to turn the region into a fully equitable and united community by 2040. “My kids are biracial, so I try to think about what it means for them to be Black in America, and what does it mean to be white in America?” Teeters says. “If I can create a space that makes it easier for my kids to navigate that in this community, then I have to go all-in on that.”

He’s also building his lifestyle design business, Jet Set State, working with local entrepreneurs to help them grow their businesses and maintain a healthy work-life balance. His wife runs a destination wedding company, and their nuptials in 2015 on an olive farm in Marrakesh inspired the names of their two children: 5-year-old Marra (who attends preschool at Bobbie Noonan’s Child Care in Fort Myers) and 3-year-old Kesh.

Jason and Kehrin love taking the kids to see new art at Alliance for the Arts, check out the food trucks at Millennial Brewing or watch the sunset on the Causeway beaches. They make a point to celebrate different backgrounds and cultures with their kids, doing things like attending events to support immigrants, the BIPOC and LGBTQ communities, and people with disabilities. “Allowing them to explore and to figure out who they are as individuals is really important for us,” he says. —J.B.