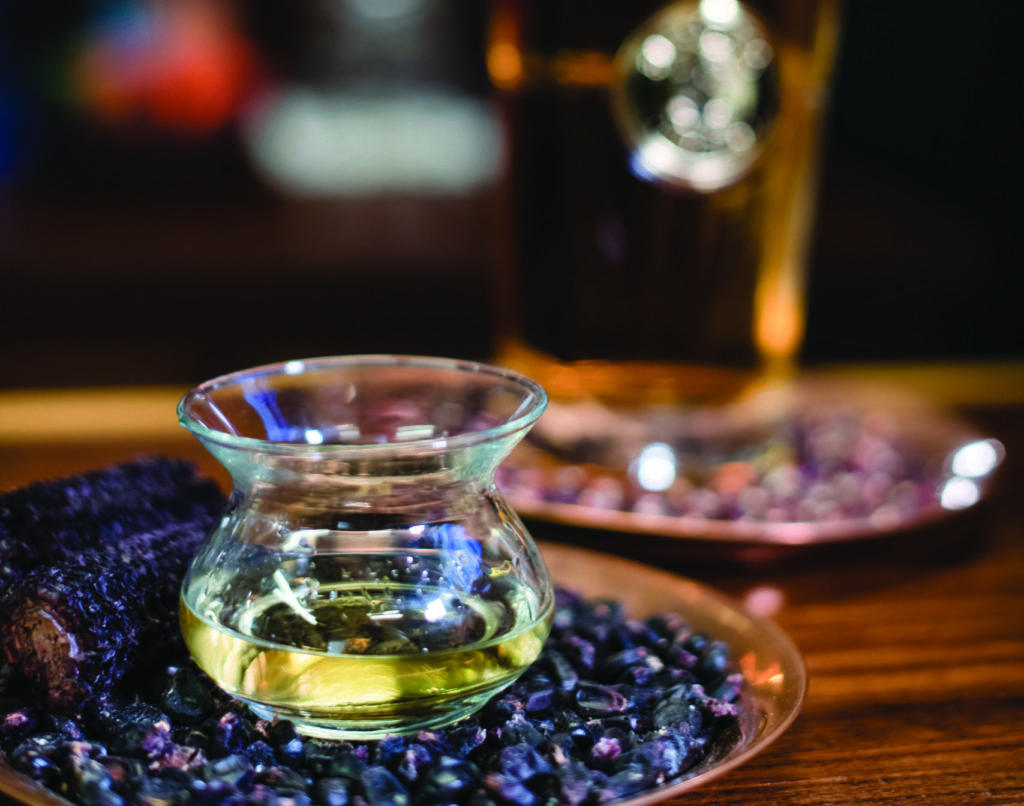 Calderon works with small, sustainable farms to source the sugar and fruit for his vodkas. Next, he's working on whiskeys, made with an heirloom red corn. (Photo by Anna Nguyen)

Peru made quite an impression on Jose Calderon. The Immokalee native traveled extensively throughout Latin America while on active duty for the U.S. Army and saw how a variety of cultures approached making alcohol. In Peru, he watched families cook black corn with shards of pineapple, fermenting it into their local beer called chicha. “You can really taste the pineapple in it,” Calderon says. “But it was the cultural aspect of the process, how they make their local spirits and learn from their ancestors, that piqued my interest.”

The combination of local fruit and fermented spirits seemed logical to him. When he retired from the military and his subsequent contracting work and decided to start a distillery, he knew his native Florida would provide the ideal base. “Agriculture is such a big part of Florida,” he says. “The produce grown in this area is some of the best in the world. It makes sense to find a way to put that produce in a bottle.”

Now, Calderon runs Everglades Distillers, a family business based in Immokalee. The team, which includes Calderon’s wife and their 25-year-old son, makes five flavors of vodka, like orange-passionfruit and watermelon-pineapple, that hinge on fruit pulled straight from Florida’s terrain. While most vodkas are made from potatoes or grains like rye, Calderon makes his from locally harvested sugarcane. “We tried every grain you can think of, but sugarcane made the best vodka,” Calderon says. “Everyone that tries it says they get a hint of sweetness on the back end.”

In South Florida, sugarcane production has a notoriously bad rap for compromising the health of the Everglades: The process is incredibly water-intensive, and farming waste and plant matter can degrade freshwater systems and contribute to the toxic algal blooms that cause red tide. Calderon works exclusively with small farmers who eschew the more degrading practices of ‘Big Sugar’—they use rain collection to water the sugarcane when possible and manual labor instead of large machines to help control the waste.

Before starting his business, Calderon enrolled at Distillery University in Spokane, Washington, and his wife, Adriana, studied mixology in Miami and Mexico City. The couple combined their knowledge to develop the recipes that make Everglades 25/80 Vodka—named for the longitude and latitude of Everglades National Park—stand out.

The result has been a hit. Everglades Distillers operates a small but vibrant tasting room where customers can learn about the distilling process, sample each flavor and purchase a bottle for the road. And the spirits are now stocked in more than a dozen markets and restaurants across the region, including Fernández The Bull and Seed to Table. Calderon says watermelon-pineapple is the most popular flavor but notes that preferences often depend on demographics: Younger folks seem to like the jalapeño vodka, while retirees often opt for the cucumber-lemon flavor.

While the vodka business is good, Calderon insists that the future of Everglades Distillers is whiskey. This spring, he’ll release three unaged varieties under the 25/80 brand: a straight whiskey, a honey whiskey and a mocha-flavored variety. He’s also set aside considerable stock to release as bourbon, which legally has to be made from 51% corn and aged for two years in American oak barrels.

Like with his vodka, Calderon paid special attention to the sourcing of the grain for his whiskeys and landed on an heirloom red corn that was once thought to be extinct until a Southern farmer, who had been gifted two ears, was able to reproduce the line. While the corn has been brought back from the brink of extinction, it’s still grown on only a handful of farms, including Calderon’s source in North Florida. “I tried almost 30 different corns before I found the one,” Calderon says. “Anything you want to grow, you can grow it here in Florida. I hope our spirits honor that agricultural legacy.”