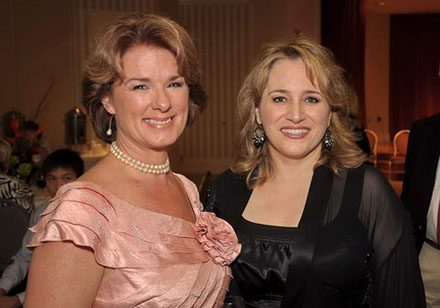 Just as we posited a few weeks ago, fired Opera Naples artistic director Steffanie Pearce is indeed planning to launch another opera group, starting with performances this fall. Only this time, her ambitions are even bigger.

The News-Press reported today that Pearce will launch Gulfshore Opera this year, with a website expected as soon as this week and a full schedule by mid-August. Her plans include not just performances in Naples, but also the Charlotte Performing Arts Center in Punta Gorda and The Center for the Performing Arts in Bonita Springs. In Naples, it is expected she’ll put on shows at the United Methodist Church in North Naples, where Opera Naples has performed previously.

There are factions lining up on the pro-Opera Naples and pro-Steffanie Pearce sides. In just about every conversation I’ve had in the past two weeks with arts folks, the Pearce-Opera Naples saga has come up.  I’ve heard that Pearce was Opera Naples and others who are happy to see Opera Naples a new leadership team, both on the business and artistic sides.

What remains to be seen is if there is enough money to go around to support two opera companies. Opera Naples folks have said they are working in the black for the first time and are expecting a strong showing for its 10th anniversary season. But we know that Pearce herself raised much of the money from local philanthropists to get the organization off the ground and to keep it running during the lean first years.

Really there are no winners here. It’s pretty clear that the relationship between the Opera Naples board and Pearce had fractured past the point of rescue. And the ensuing legal entanglement over who owns the organization’s name has made it worse. But by moving to form a new company so soon after her Opera Naples departure, Pearce is living up to the tradition of a diva—without singing a single note.