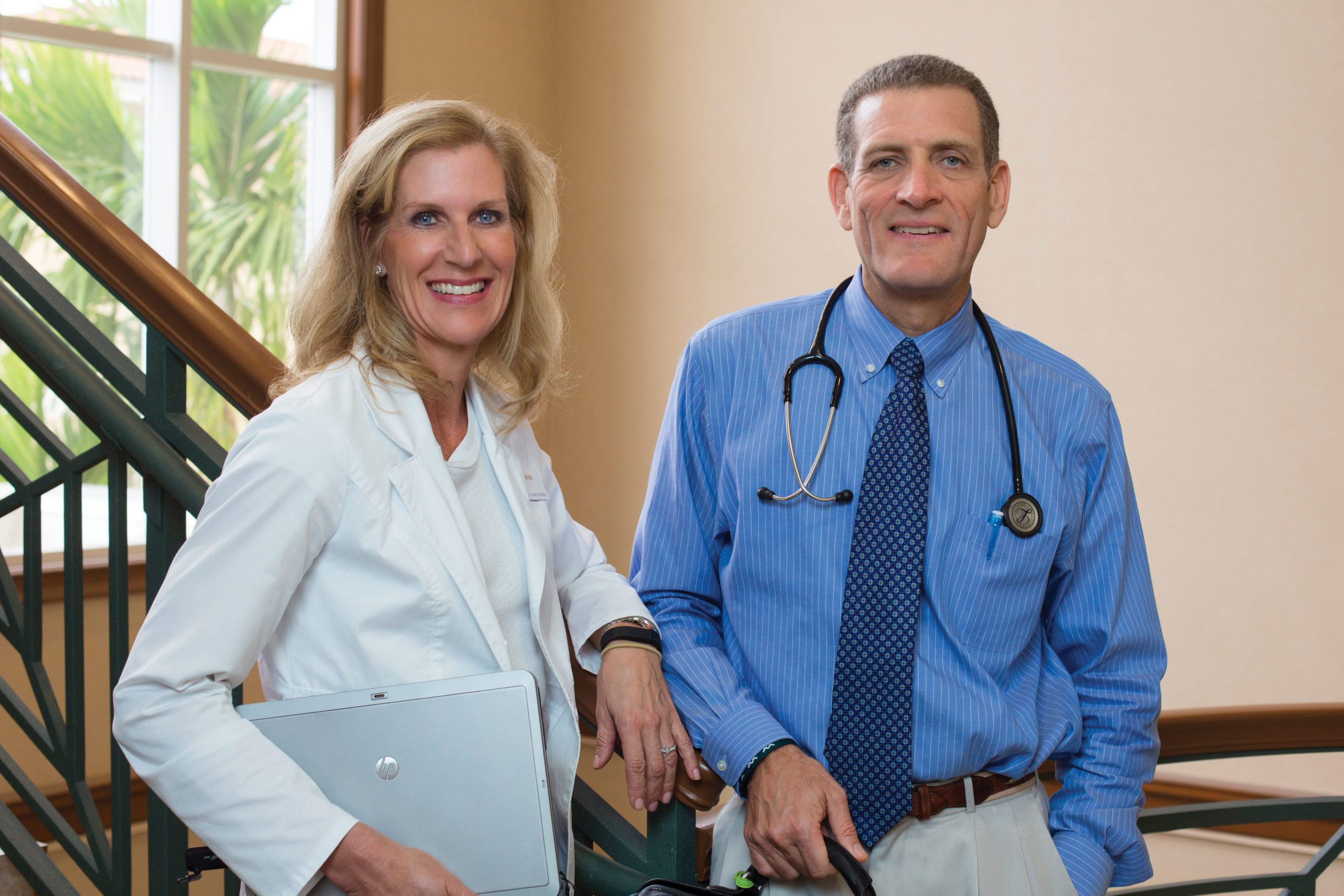 "It’s really kind of sickening to me.”

Not exactly the best words to hear about your doctor. Except when they are.

“He makes the rest of us look really bad,” continues Alex Garland, current president of Naples North Rotary Club, about Dr. Paul Jones. He has known the concierge physician—and his equally “sickening” wife, Susan—for close to a decade.

Though they’d surely be reluctant to accept the notion, the Joneses could be appointed Naples health care royalty. Named its Physician of the Year for 2014, Dr. Jones leads about 600 physicians as president of the medical staff of Naples Community Hospital (NCH). Susan serves as his manager, as his nurse, and runs her own private-duty service, Attentive Nursing Care. And between the two of them, their dedication has stretched past their family and their medical missions to nearly a dozen more organizations.

They see it all as a privilege. As Dr. Jones puts it, “I get to get up and help people every day.” “I got to be their president,” referring to the rotary club he hasn’t stepped back from. “I got to be a founding board member” of Neighborhood Health Clinic, where he and Susan still volunteer at least once a month. (Their “date night.”)

And in an age where the average primary care doctor spends about one-third of his or her time completing un-reimbursed paperwork required by insurance companies and Medicare, the Joneses both have joined the growing number of health professionals turning to the fee-for-service concierge model. That time behind the desk is now spent actively practicing medicine—whether at the hospital, nursing facility, office or home.

“This was a way for us to step back a little bit and go back to the reason we went to medical school in the first place,” Dr. Jones says. “That was to take care of patients.”

In the joneses’ world of figures and stats, a few numbers stand out.

Sixteen is the average number of miles Dr. Jones runs per week, before dawn. Twelve is the number of half-marathons Susan ran last year, to celebrate her 50th birthday. (They used to run together, but Susan has since outpaced her husband.) Twelve is also how many of the 13 signature Neighborhood Health Clinic fundraisers Susan has chaired.

“She always wants to be busy,” says Dr. Cynthia Strohmeyer, a dermatologist and friend who nabbed Susan from Dr. Jones’ office one day she was in a pinch—and proceeded to keep her part time for about six years. “If you ever get five minutes of downtime, she’s standing next to you going, ‘OK, what do you want me to do now?’”

One is the number of times the Joneses chaired the Southwest Florida Heart Ball.

Two is the number of times Dr. Jones chaired the family medicine division of NCH, and years he’s been on the Leadership Collier Foundation board.

Ten is the number of years he served on the board of the Junior Achievement Business Hall of Fame selection committee, which—surprise—he also chaired, and years he’s been on the board of Winged Foot.

Three is the number of people interviewed for this story who independently noted the full-fledged return of his Jamaican accent as soon as he steps off the plane in his home country. He frequently leads his rotary club to Kingston and Port Antonio, where they have done everything from build an asthma clinic to help local farmers process their labors into marketable products.

“He’s one of those guys who when he’s working on something you don’t even need to know what it is; you just know that it’s worth it,” Garland says.

23, 21 and 20: the ages of the Joneses’ three children—Stephanie, a content associate for ESPN; Andrew, a starting center for the William and Mary football team; and Nathan, a senior at the University of South Florida hoping to become a physical therapist.

One: the number of young men from said football team the Joneses invited into their home and helped to raise from age 12.

Seven: the number of years Susan was a team mom for the Naples High football team, for which all three boys played.

Three: years she volunteered for the American Cancer Society.

“I think I actually married two women, she just like rotates in,” Dr. Jones says. (The secret’s in the crockpot.)

Ten is the rough percentage of his patients Dr. Jones doesn’t charge to be seen.

And 24 are the hours per day he and Susan are on-call. But that accessibility is simply the tradition of being a physician, Dr. Jones says, not something to applaud. The concierge approach means he can advocate for his patients in a complex medical system, and they can be more proactive in their health care.

“It’s the way medicine used to be—if you have a problem, you call your doctor and your doctor helps you,” he says. “It’s very simple.”

"I think my dad was smart,” Dr. Jones says. “He wanted me to be a doctor, and he always made sure that when we were done working in the farm and it got hot we’d go visit my mom in her air-conditioned office.”

That farm, started by his father’s grandfather, grew sugarcane, coconuts and bananas alongside a small dairy operation in Golden Grove, Jamaica. And while Jones’ father worked the fields, his mother—a family physician—ran a 65-bed rural hospital with a surgeon.

His voice revealing just a hint of where he came from, Dr. Jones explains the day he came to the United States. Thursday, Aug. 28, 1978, he remembers. In a time of economic and social turmoil, his mother took him to the airport with $20, one suitcase and his bicycle. (He still bikes to work.) Though all the family would eventually follow, he was first to go, leaving behind his parents and three younger sisters for his aunt’s home in Ohio.

He’d just finished high school, but he repeated a year at his mother’s request—he was only 16—and graduated with a second diploma. And after finishing at Dayton’s Wright State University and wrestling with the idea of getting a Ph.D. in biology, he applied to a single medical school and got in.

At the University of Cincinnati, he would meet his match.

Enter Susan, fresh off the cattle and pig farm in Jacksonburg, Ohio, where she grew up immersed in 4-H. Town population: 62 people. She milked cows, baled hay, once led a 1,000-plus-pound steer in-show with a broken arm—the whole nine yards.

Knowing her father would never hire a female vet, her first calling, she decided on nursing. She continued to work at the farm to put herself through a program about an hour from her home at Cincinnati’s Christ Hospital (she, too, applied to just the one school).

They met on her floor at the hospital during his clinical rotation. He thought she was beautiful; she thought he was “kind of cute.” She asked a friend to invite him to a happy hour, and he asked her to join him.

“I thought the invitation was so he could ride in my purple thunderbird instead of his red Datsun B-210 with holes in the floorboard,” Susan says.

He’s 6’4”; she’s 5’5”. He’s introverted and mellow as they come; she’s an extroverted Type A. (“Without her I’d just be sitting home in the dark,” Dr. Jones says.) But both shared a farm-bred work ethic and a genuine desire to help people.

That motivation—and the cold—led Dr. Jones to pack up everything he owned once again, this time in a car, and drive with his father to St. Petersburg for a residency at Bayfront Medical Center. Susan was close behind, her first time on an airplane, and soon working as a nurse at St. Anthony’s Hospital. And then came the wedding bells.

“We got married by a part-time priest; she had to tell him what to do halfway through the ceremony,” Dr. Jones says, laughing. “It was fun.”

Naples gained susan first, as a charge nurse on NCH’s rehab floor in 1990. A few months later, Dr. Jones followed to take over the practice of Dr. Louis Moore, one of Naples’ first doctors.

He would go on to co-found the prominent Anchor Health Centers, where he was president for five years, before forging his current practice.

“He’s not only capable as a physician, but as a leader of a group,” says family physician Dr. Robert Hanson, who met Dr. Jones as an intern in St. Petersburg when Jones was a senior resident. “I led the group after he left, and it wasn’t nearly as fun as he made it to look.”

Dr. Jones also would be one of 12 individuals recruited into the living room of Dr. Bill and Nancy Lascheid to start Neighborhood Health Clinic in 1999.

As a member of the board, his primary job was to recruit doctors in turn to donate their time to the clinic for the working poor. Some colleagues would reply, “I don’t have time.” But you make time, Susan says. Though, at one point, with three young children within three and a half years of each other, Dr. Jones’ board commitment seemed just one too many involvements.

“Our lives were just nuts, out of control,” Susan says. “So he was going to a board meeting and he says, ‘We need to step back and take care of our family.’ He says, ‘I’m going to resign from the clinic tonight.’ I’m like, ‘Yes dear, whatever you want.’ So he goes to the meeting and he comes back, we put the kids to bed, and I’m like, ‘Oh, so how was the meeting? How’d it go?’

He’s been on the board ever since.

“They never sought recognition or appreciation,” says Nina Gray, who for years served in capacities ranging from volunteer to chief advancement officer at the clinic. “They do the right things for the right reasons.”

Gray remembers the night a terminally ill homeless man came into the clinic. Unruffled by the time since his last bathing, blind to his unkempt appearance, Susan just gently took his arm to take his blood pressure, spoke to him sweetly. When Paul entered the room, he sat down so as not to tower over him, right beside him, and likewise left no gap in conversation.

“That’s pretty much how they treat everyone.” 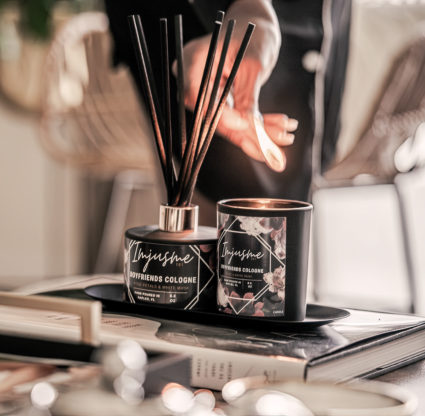 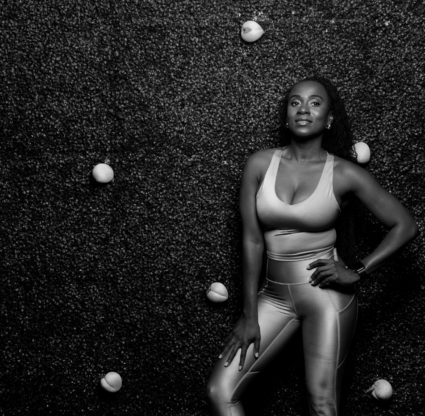 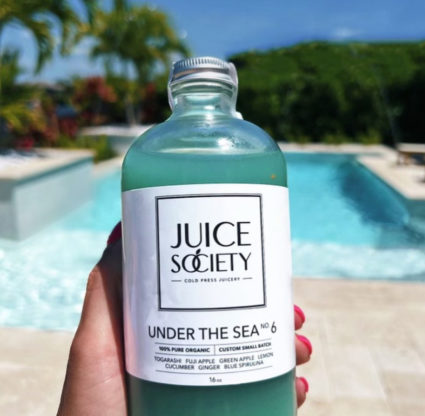