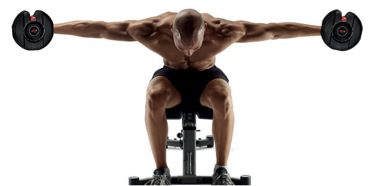 Two years after the FDA documented an amphetamine-like substance in select workout supplements, it remains in the products with no formal government warnings to consumers, according to a study released earlier this month.

The product, BMPEA, is a derivative of the plant Acacia rigidula. Researchers identified it in nearly a dozen supplements. The New York Times offers a list, with photos of the products, here.

This week, more cautionary science emerged: A study in the British Journal of Cancer found a clear relationship between testicular cancer and muscle-building supplements.

You can read more about the study here.

Back to BMPEA. An abstract of that study, published in the journal Drug Testing and Analysis, cautions, “Consumers of Acacia rigidula supplements may be exposed to pharmacological dosages of an amphetamine isomer that lacks evidence of safety in humans. The FDA should immediately warn consumers about BMPEA and take aggressive enforcement action to eliminate BMPEA in dietary supplements.”

The FDA responded in a statement: “While our review of the available information on products containing BMPEA does not identify a specific safety concern at this time, the FDA will consider taking regulatory action, as appropriate, to protect consumers.”

Lead author Dr. Pieter A. Cohen, an assistant professor at Harvard Medical School and expert on nutritional supplements, also noted that in the two years since the FDA discovered BMPEA in supplements, “the percentage of brands of Acacia rigidula supplements that contain BMPEA has appeared to increase from 42.9 percent in 2012 to 52.4 percent in 2014."

What consumers should remember is this: Supplements—including vitamins—don’t go through the same clinical trial and approval process required of pharmaceuticals. Earlier this year, the New York attorney general took retailers including Target to task for selling dietary supplements that don’t include the herbs listed on their labels.