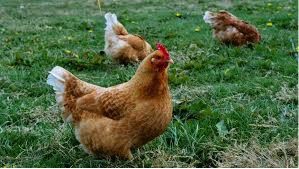 Could it be? After years of putting junk into foods, are the nation’s big food manufacturers and restaurant chains finally taking it out?

The most recent was this week’s news that Tyson foods, one of the nation’s largest chicken producers, would stop injecting its flocks with human antibiotics by 2017.

“Antibiotic-resistant infections are a global health concern,” said Donnie Smith, president and chief executive of Tyson Foods, in a statement. “We’re confident our meat and poultry products are safe but want to do our part to responsibly reduce human antibiotics on the farm so these medicines can continue working when they’re needed to treat illness.”

McDonald’s said recently it would stop buying chicken raised with antibiotics. It purchases most of its poultry from Tyson.

Also this week, Chipotle announced it had removed all genetically modified organisms (GMOs) from its food supply. Although there’s much debate over whether GMOs are safe, consumer sentiment is clearly tipping toward non-GMO products.

Kraft is easing its way from Day-Glo orange to a paprika- and turmeric-enhanced hue, the company says, as it removes artificial dyes and preservatives from the childhood staple.

“We’ve met with families in their homes and watched them prepare Kraft Mac & Cheese in their kitchens. They told us they want to feel good about the foods they eat and serve their families, including everything from improved nutrition to simpler ingredients,” Triona Schmelter, Vice President of Marketing, Meals, said in a statement.

In other food-related news, Dan Buettner, the researcher behind the Blue Zones health initiative that Collier and south Lee counties have adopted, has come out with a new book: The Blue Zones Solution: Eating and Living Like the World’s Healthiest People. It details the nutritional component of a Blue Zones lifestyle and offers recipes from the longest-living communities around the globe. Learn more about it here. And click here to discover local efforts to adopt the Blue Zones way of life.

The free talks are open to the public and will be held at the following locations Tuesday, May 19:

Healthy to 100: Anticancer and Longevity Science

Healthy to 100: Anticancer and Longevity Science