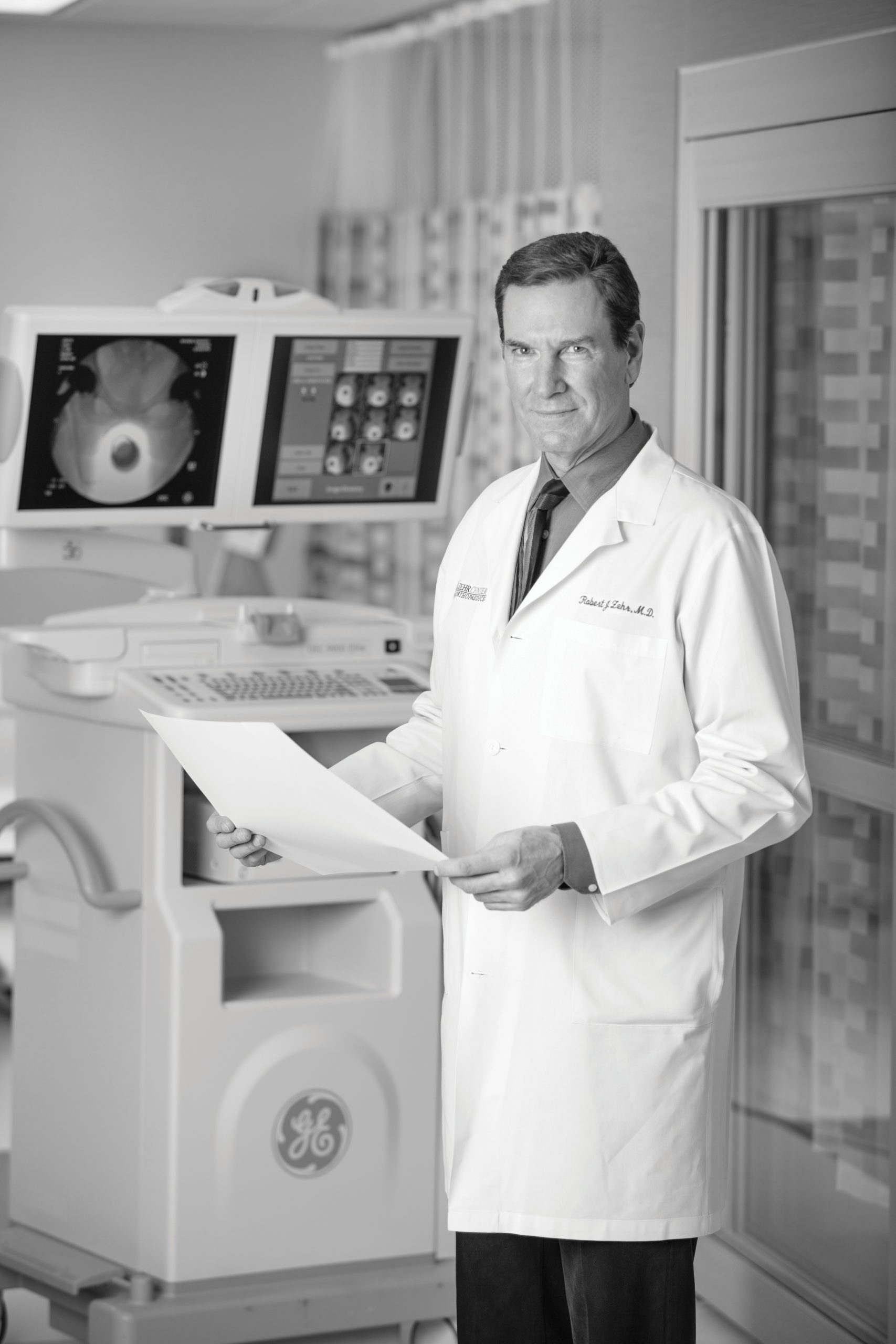 As part of our annual Top Doctors guide, we profile five of the professionals who are leading the way in their field. They’re talented, respected and, overall, highlight the top-quality care in Southwest Florida.

With a record of about 400 joint replacements and 100 knee scopes per year, you wouldn’t think Dr. Robert Zehr, 61, spends the majority of his day trying to help people solve their painful problems sans surgery.

The surgeon, who was CEO of Naples’ Cleveland Clinic until founding the Zehr Center for Orthopaedics in 2007, performs more hip replacements than anyone in the Naples area, he says. He’s particularly known for the less invasive, more accurate direct anterior approach, performed by very few surgeons in the area. But, generally, he says, going under the knife should be the last alternative to bring patients function and relief.

One nonsurgical solution he’s practicing is a new biological injection of one of the body’s naturally occurring proteins, which effectively halts the progression of the common osteoarthritis, or “wear and tear” arthritis.

“I’m the only one in the area between Tampa and Miami that’s been given the privilege from (the manufacturer) to do that,” he says.

But for those needing surgery, Zehr is still always looking for the best option of care. He recently co-founded Seaside Surgery Center, where he performs outpatient joint replacement—a concept found elsewhere in the country but nowhere else in Southwest Florida. Younger, insured and otherwise healthy patients can now receive hip, knee and shoulder replacements without the inherent risks of a hospital operation, and recover in their own homes starting the very same morning. Naples residents may skew older, he says, but they also skew more active and vibrant.

“They demand excellence in their abilities to get around,” Zehr says. “I think that because of my experience, I’m able to provide a great deal of understanding for what they need to do.”

In 2013, Dr. Joseph Gauta became one of the first physicians to be board-certified in the specialty of urogynecology. Three years later, he’s still one of few in the country, and one of only two or three between Tampa and Miami.

“I liked this specialty the most because it wasn’t a ‘fix you, see you later’ type of thing,” says Gauta, 47. “It was something where I was able to follow patients for a long period of time and develop relationships with them.”

At his Florida Bladder Institute, he treats everyday ailments like urinary tract infections, but the “bread and butter” of his practice are more complex urinary and fecal incontinence issues and pelvic organ prolapse. But while these procedures may be complex, Gauta performs them all in a minimally invasive way. Whereas some of these procedures used to have patients in the hospital for five or six days, he says, they now all are outpatient, and 99 percent of patients go home the same day.

One particular advancement he performs is called single-site laparoscopy. The single incision through the belly button—it used to require three or four incisions across the belly—is not only less painful but virtually invisible afterward. He’s also able to alter the function of some pelvic organs by altering the function of the nerve that feeds them, he says, not unlike a pacemaker does for the heart.

Gauta teaches around the country to keep sharp, and his private practice uniquely conducts research of the ever-evolving field. These things set him apart, he says.

“I pay attention to the details,” he says. “Not only with my patients, but with the scientific knowledge that we gain in this field every day.”

Dr. Oscar A. Alea, 53, is among Southwest Florida’s pioneers. His conquered ground? The relatively new field of pediatric pulmonology and sleep medicine.

Alea has worn many hats in pediatrics in his two-plus decades in this community, he says, including working in intensive care and establishing the first pediatric sleep lab on our coast. While the bulk of his practice today is in treating asthma, patients from infancy to age 18 also come to Children’s Specialists of Florida Pulmonology and Sleep Medicine for allergies, congenital lung disease and malformation, sleep disorders, plus complications from premature birth or conditions such as muscular dystrophy.

The practice is the only freestanding pediatric pulmonology function lab in Southwest Florida, with equipment that allows accurate measurement of lung volumes and airway resistance. And, importantly, it is also the Cystic Fibrosis Center of Southwest Florida. From Marco Island to Sarasota, Alea says, newborns who test positive for the genetic disease are referred to his practice. There, until they’re 18, the patients receive a multidisciplinary approach: pulmonologist, nutritionist, nurse, social worker.

“Right now one of our most exciting things is in the area of cystic fibrosis,” Alea adds. “Now we are able to treat the patients from a genetic standpoint.” He is able to administer two groundbreaking medications, depending on genetic makeup, that are changing the disease process.

He was steered to the pediatric pulmonology subspecialty because his brother had asthma as a child, he says. But his mission to help children runs even deeper.

“As long as I can remember I wanted to be a pediatrician,” he says. “At 5 years old I had my little black box and stethoscope.”

When you hear those words no one ever wants to—“You have cancer”—it helps to have an oncologist in your corner whose mission is to make a difficult experience the best it can be.

That’s the goal for Dr. Rebecca Kosloff, 42, of Florida Cancer Specialists, who also specializes in hematology. Her father’s successful battle with acute lymphoblastic leukemia when she was young was a guiding force from a very young age as she decided which medical path to take.

But aside from the emotional support she feels is a “special honor” to be able to provide, Kosloff relishes being able to provide the leading-edge technology and treatment level of a major cancer center right in Southwest Floridians’ backyard. In treating all types of cancers, Kosloff essentially has her pick of the best clinical trials in the country, she says. That can mean a patient receives a lifesaving medication before it is more widely available, or even FDA-approved.

Cancer treatment sees new developments as often as monthly with some types of cancer, Kosloff says, and Florida Cancer Specialists is able to keep up. Among the highest-quality medicine she has access to is immunotherapy, which enhances the immune system for longer periods of time and with far fewer side effects than typical chemotherapy. For one lung cancer patient, for example, she was able to give an immunotherapy medication a year before its FDA approval. A year and a half later, he is still on it—with no signs of cancer, and no symptoms.

“I joke that I have a lot of good goodbyes nowadays,” Kosloff says. It’s a good feeling to send once regular patients away, telling them to call only if they need anything. “It’s so wonderful and so gratifying.”

He treats everyone from the “weekend warrior”—“I hurt my elbow,” “I hurt my knee”—to those suffering from complex cancer pain, and 95 percent of the time he offers intervention as opposed to just medication.

His resume has led him to become the go-to guy for intervention for most any acute or chronic pain related to the spine and musculoskeletal system. He’s written textbook chapters, peer review journal articles, surgery guidelines. He is triple-board-certified, plus holds a certification in independent medical examination. And he’s most known for his work cementing compression fractures of the spine, in pain-reducing procedures called kyphoplasties and sacroplasties, the latter of which he is considered one of the forefathers and where he continues to conduct his own data and research.

Using X-ray guidance, Frey performs the procedures percutaneously (through the skin)—with no incision. Furthermore, patients don’t have to go to the hospital, as Frey’s practice has its own Medicare-approved surgery center in-house.

Treating the fractures, he says, provides him with the most reward.

“It’s a good patient satisfaction,” he says. “These patients come in with God-awful miserable pain, and you can get them out of pain immediately.” 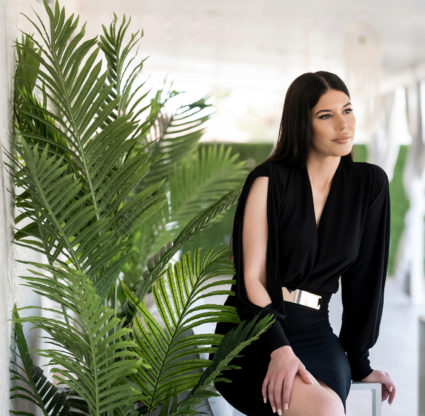 The Science of Beauty

At The Skin Room in Naples, Erica Current relies on personalized treatments and the latest advances in skincare to deliver radiance from the inside out. 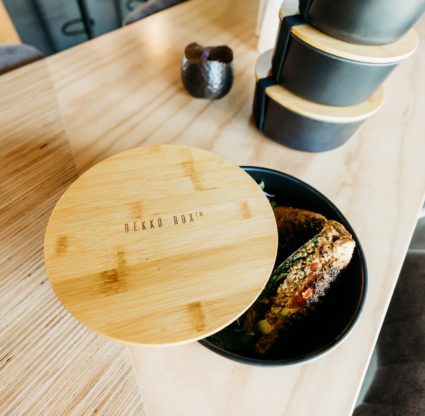 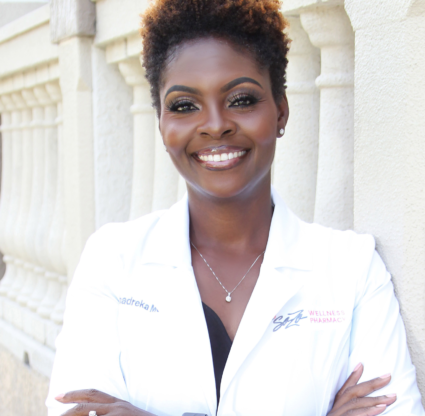