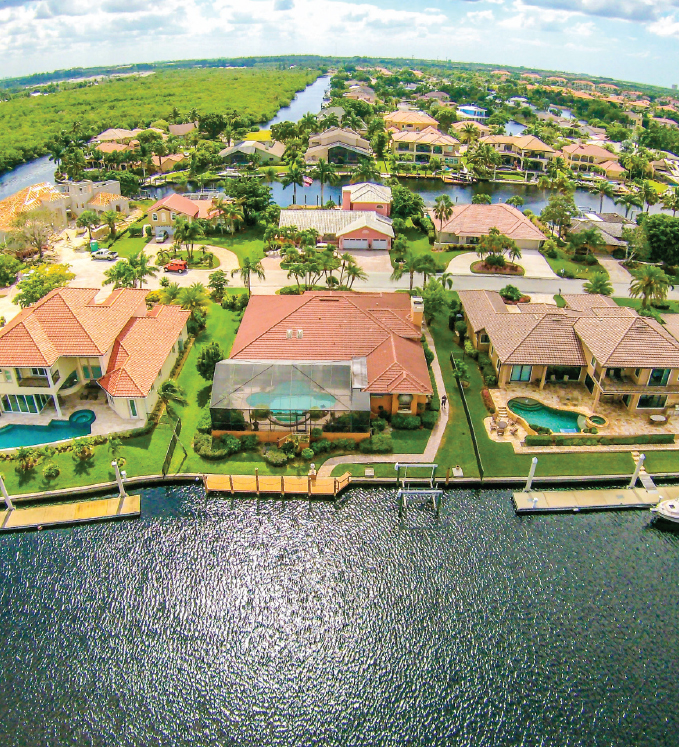 Boaters often turn to Palmetto Point in Fort Myers for its deep-water canals and proximity to the Gulf of Mexico. Located along palm-tree-lined McGregor Boulevard, the community is “a mixture of old and new lots,” Erik Leitzes of CornerStone Coastal Properties says. Residents can join the neighboring Gulf Harbour Yacht & Country Club for sporting and entertainment amenities not offered at Palmetto Point.

On the market: The three-bedroom, two-and-and-a-half-bathroom home at 4819 Sherry Lane (pictured) is for sale for $1.4 million. Located on one of the community’s deepest and largest canals on more than a third of an acre, the 3,380-square-foot estate holds room for a 100-foot-yacht. Orchids line the entrance of the one-story residence, which was custom-built with wheelchair accessibility. Also included is a gourmet-style kitchen and expansive living room opening up to a screened-in oversize pool and spa. The home is currently priced below market value, says Leitzes, who is listing the property.

Recent sale: A Maryland couple purchased the home at 6604 Daniel Court for $1.6 million in January, just over one month after it hit the market. The two-story property contains four bedrooms, along with four and a half bathrooms, an office, a gourmet kitchen with stainless steel appliances, two laundry rooms, a three-car garage and more.