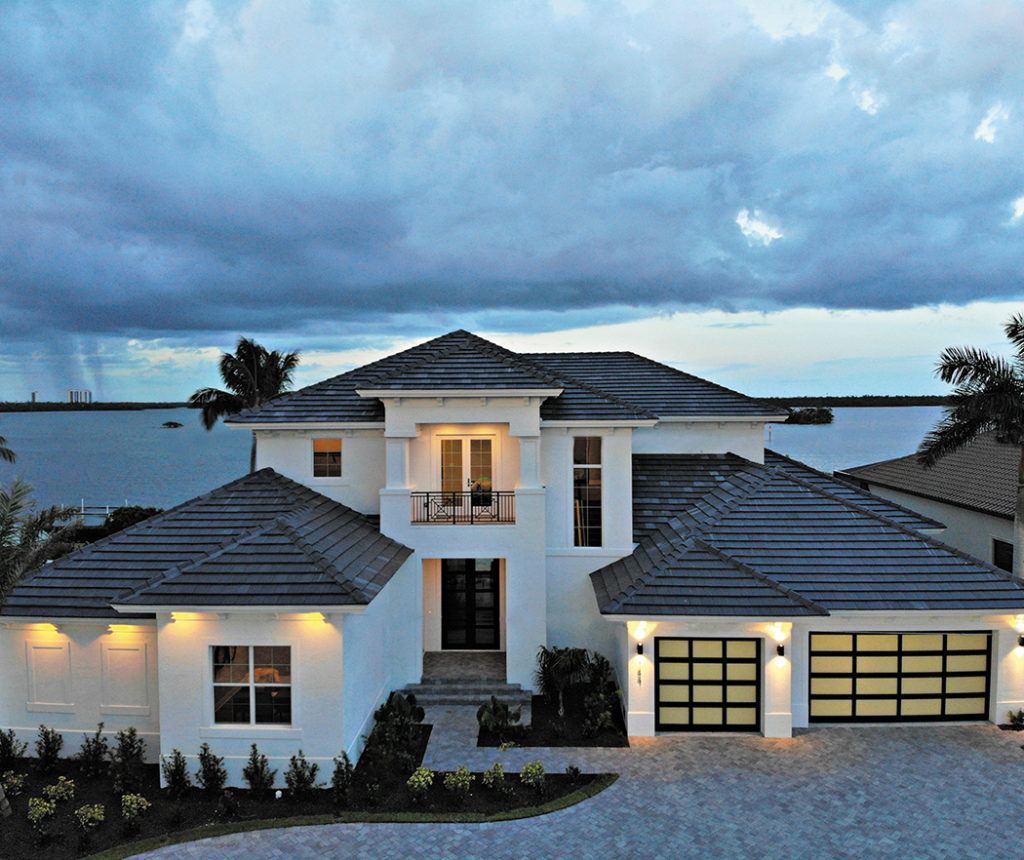 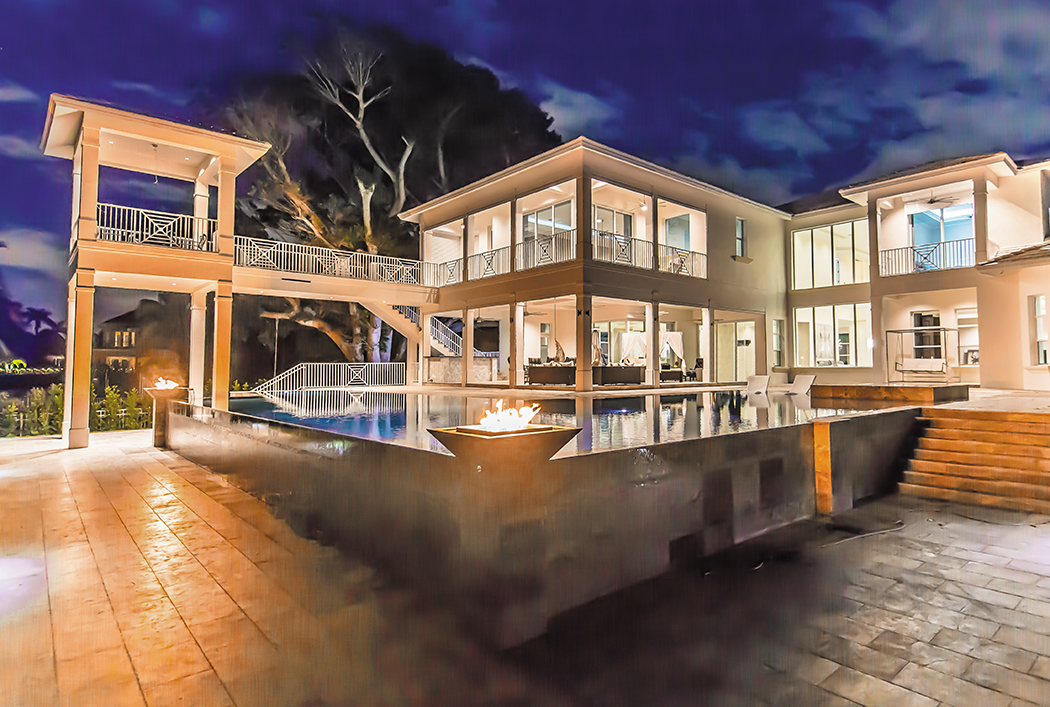 The home at 5648 Shaddelee Lane W. in Fort Myers sold furnished for $7 million in November, a record high sale for the city in the last 10 years. German builder Klaus Kermel constructed the high-end home, nicknamed Shaddelee Plantation, off McGregor Boulevard in 2017, on what was once a Civil War plantation and home to Gen. Shaddelee. “The location was key to (the buyers),” says listing agent Ted Stout, Realmark Realty broker. The Southern plantation-style front exterior gives way to a more contemporary feel inside, with crisp white walls and marble floors throughout the 9,219-square-foot-under-air domain. The expansive riverfront estate features five bedrooms, a den, six full bathrooms, two half-bathrooms and a three-car garage. The common areas each have their own appeal: The kitchen contains three waterfall islands, the great room boasts a 28-foot ceiling, building materials and furnishings are imported from around the globe, and 10-foot sliders open to the outdoors, where decadence continues. A marble pool deck surrounds a massive 55,000-gallon, Olympic-size infinity-edge pool, along with a smaller pool, two waterfalls and fire accents. On the top level of the home, there’s a balcony with a long walkway stretching to the edge of the deck toward the river, with a covered firepit waiting at the end. 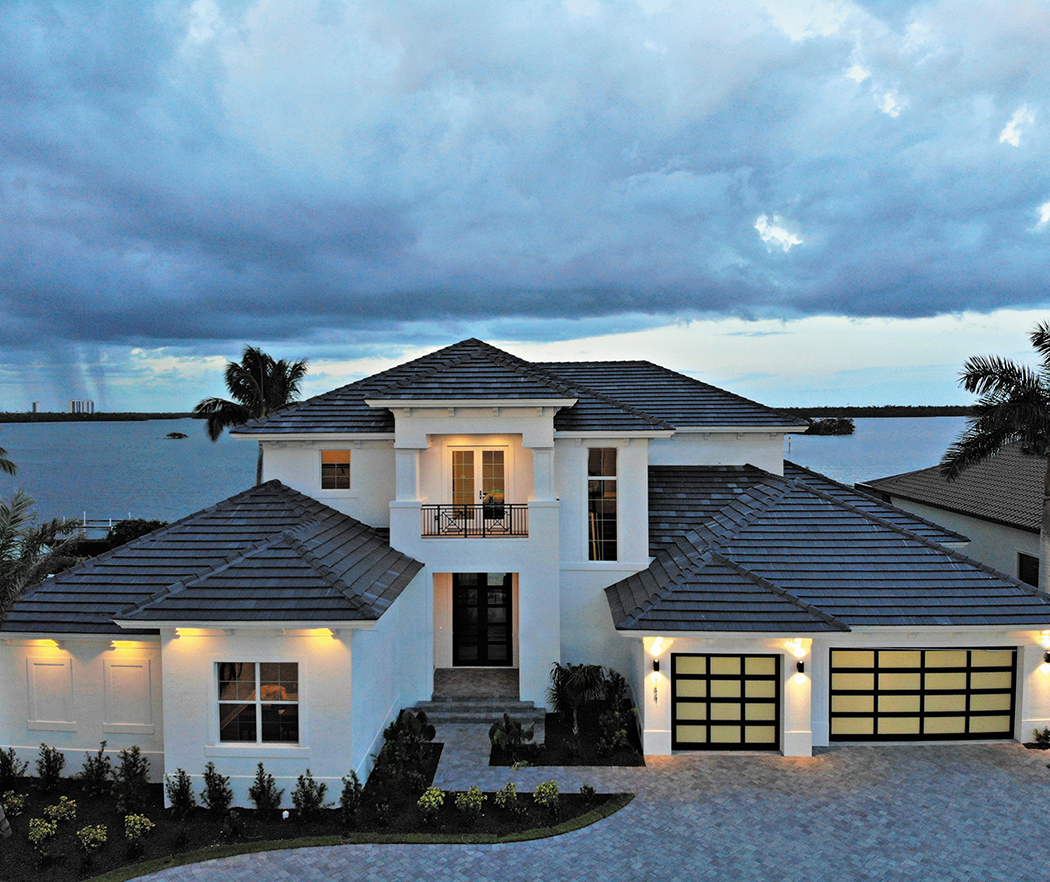 Waterfront views with swaying sea birds. That’s what buyers of the 1441 Butterfield Court home on Marco Island, which sold in October, get to enjoy, says listing agent Pat Wilkins of RE/MAX Affinity Plus. “Every day around 4 or 5 o’clock, there are hundreds of magnificent frigate birds that are just swerving around in circles. It’s just superb to see every day.” The owners can also appreciate the newness of the home, Wilkins adds, which Marco Island-based builder FCI Homes helped complete in 2018. The floor plan features four bedrooms and five bathrooms, with an oversize master suite that includes large, dual closets and a bathroom with a walk-in shower and soaking tub. In the main area, walls of glass are spread across three adjoining rooms, providing a seamless, airy feel. The nearly 5,000-square-foot space also contains an open kitchen and a large bonus room upstairs with billiards and a second wet bar. A balcony overlooks the vanishing-edge pool, spa and pool deck, which has ample room for sunbathing. A covered lanai is complete with a summer kitchen, in-wall fireplace and mounted television—perfect for grilling out and watching games. 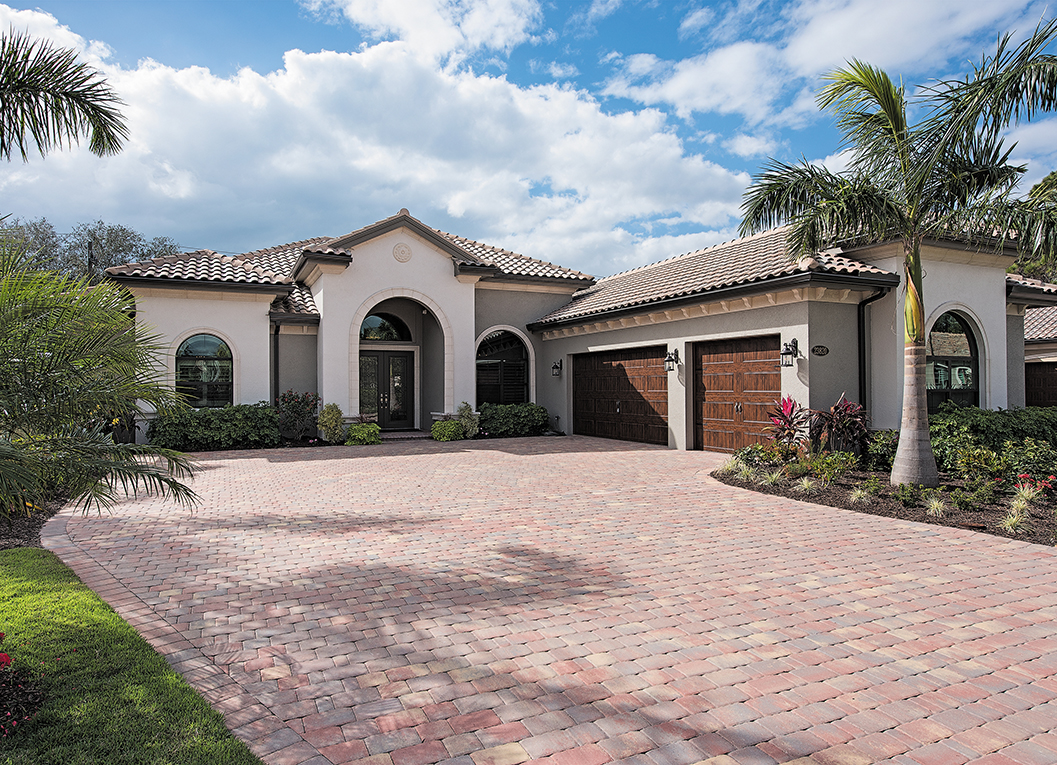 Abuyer purchased the 23820 Campla Court Estero estate for $1.1 million in September after an open-house viewing. “(The home) was only a year old; that was the primary driver,” listing agent Thomas Ostrander of Engel & Völkers Olde Naples says. Built by Emerald Homes, the 3,124-square-foot dwelling features impact glass on all windows, a three-car garage, screened-in pool and spa, and an open kitchen with a six-burner professional gas cooktop and concealed walk-in pantry. Three bedrooms, a den and three bathrooms are also included in the home, along with a neutral color palette, custom wallpaper, gray-toned wood-look porcelain flooring and crisp white plantation shutters for easy decorating possibilities. Spread across more than a quarter-acre, the compound is one of a few properties in the Ponza community, located within The Colony Golf & Country Club. “It’s a nice little neighborhood of just 13 new homes and a common park in the middle,” Ostrander says.