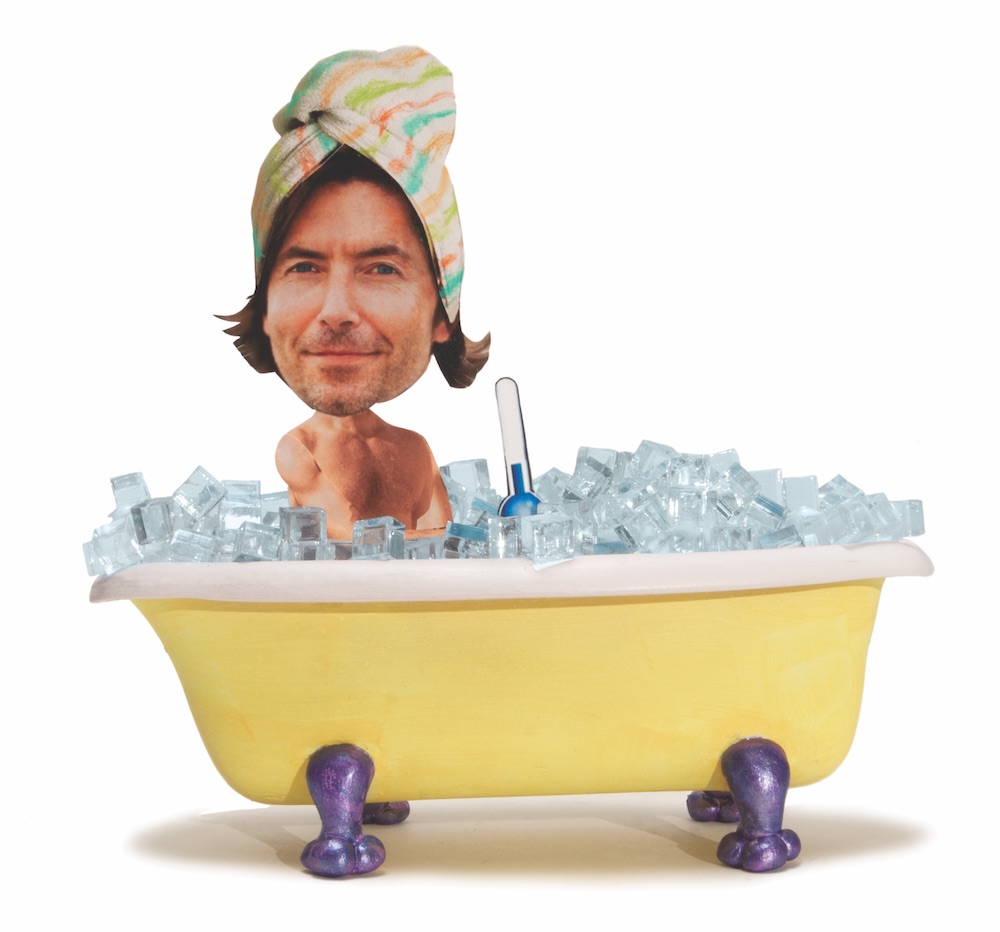 A lot of people stop me on the street and ask, “Michael, how did you become so wildly successful?” And I always reply, “It’s because of hard work, dedication to craft, and having a spectacular head of hair.” But the truth is I owe much of my success to my morning ritual. Each day I wake up at 5 a.m. and run through a gauntlet of practices—some well-known, such as meditation or saying affirmations, others as secretive as a Skull and Bones kegger password—that have helped me become remarkably focused, energetic and creative while leaving me with the colon of a 15-year-old clarinet player.

Frankly, I could probably make millions packaging my morning ritual information and selling it online in an effort to enrich not only my bank account, but also the hearts and minds of those who had the good fortune to purchase the program.  However, I’d prefer to keep the information to myself and sleep soundly in the knowledge that I will forever be better than you.

But, with that said, it seems cruel to bring this up and not offer you something that might give you some small glimmer of hope that you, too, could enhance your life through the magic of morning rituals. After all, everyone from Tony Robbins to Richard Branson to Oprah Winfrey has espoused the importance of grabbing your morning by the virtual horns and setting the day off on the right course.

And so I thought it might be fun, if not entirely helpful, to ask some of Southwest Florida’s sons and daughters what they do each and every morning to start their day. As an added bonus, I’ve tried incorporating a few of these rituals into my own mornings and have graded them on their helpfulness, ridiculousness and taste (where appropriate).

By the way, not everyone wanted to have their names used in this column, but I think it’s only fair that I tell you I couldn’t reach Judge Judy or best-selling author Robin Cook. Although I’m positive one is awakened each morning at 5 a.m. by the soft, soothing sound of weeping defendants who are then quickly shuffled out of the room by a team of personal assistants dressed as bailiffs; while the other chooses not to sleep at all in an effort to terrorize us with biological nightmares.

I did ask Julie Koester, co-founder/managing partner of the successful ad agency Dragon Horse Media, about her routine. A well-known coffee fiend, Koester has been known to order coffee while already holding a cup of coffee, so she did not disappoint. She sets her alarm for 7 a.m. but wakes up at 6 a.m., jumps out of bed, says “Alexa, play NPR” and then immediately boils a pot of water in preparation for a French press, while checking texts and emails from the night before. She also turns off the alarm before it goes off at 7 a.m., because who needs that shattering a peaceful morning?

Personally, I’ve never had coffee, at least not orally, and I wasn’t about to start for the purposes of this column, so this may or may not be helpful. But if you read that previous sentence carefully, it gives a hint to one of the more unique rituals used by an anonymous Southwest Florida success story.

This person starts Tuesdays and Fridays bright and early by making coffee—wait for it—enemas. That’s right. The benefits of coffee enemas are well-documented (if not wholly disconcerting), and this particular person swears by their ability to cleanse whatever ails you—everything from skin issues to stress relief to high cholesterol. Ironically, for another upcoming column, this was already on my radar, and I literally bent over backward to give it a try. After ordering the proper paraphernalia (a metal bucket and an unapologetic silicone hose) and shedding a significant amount of dignity, I laid on the bathroom floor, released a valve and filled myself with a cappucciNOOOOOOO. The actual process lasts approximately 15 minutes, but the awkwardness lingers significantly longer. I can’t immediately report that I’m healthier (more on that in the upcoming column), but I can tell you that for logistical reasons my Starbucks order no longer includes a cruller.

In an effort to replace everything I lost in that paragraph, I followed that with another recommendation: juicing. I juiced everything from the organic vegetable section of Whole Foods: red cabbage, broccoli, celery, spinach, kale, carrots, bok choy, ginger root, turmeric root, Swiss chard, collard greens, dandelion greens, cilantro and a cucumber. I added two shots of freshly squeezed lemon juice and some apple cider vinegar and can tell you it makes the hair on the top of your head stand up and shiver. People say drinking it immediately to start your day (before eating anything) infuses your cells with energy and nutrients. I can only hope so.

World-famous motivational guru and Palm Beach resident Tony Robbins (best-known for the books Unlimited Power and Awaken the Giant Within) is someone who has developed a morning ritual that seems to work for him, yes, but that he also teaches to hundreds of thousands of people each year through his seminars, books and YouTube videos. Among the techniques in Robbins’ morning arsenal is a horrific sauna/ice bath one-two punch that improves circulation and raises the heart rate to be similar to that of someone being chased by a hungry mountain lion. It’s a horrifying experience that Robbins says “trains the brain not to hesitate but to act.” I bought three bags of ice from the gas station, dumped them into an already cold tub and spent the next few minutes contemplating my life choices. Enemas and gross-tasting juice were child’s play. Holy frig. It’s not so much about the cold (which is really bad) as it is about the thought of climbing in. Hesitating is not your friend.

But that’s what morning rituals are all about: brain training. When I was just starting out in the newspaper business, we had a reader who was a retired Army colonel and every week would stop by the newsroom to tell us what typos and grammatical errors we had made. He was a terrific guy, but my editor lived a few doors down from him in a posh suburban neighborhood and complained regularly that the colonel’s morning ritual was to go out on his front lawn each day at 6 a.m. and do calisthenics for all the world to see. She said it was like living next to Jack LaLanne. And it was one of the rare moments where someone told an old person to get off his own lawn. I went out onto my dock and did 12 minutes of Shaun T’s Insanity. I’m pretty sure the neighbors thought I was making a Denise Austin video.

Meanwhile, Naples Realtor Dante DiSabato jumps out of bed at 5:30 a.m. and makes a cup of Bulletproof Coffee with added collagen. It consists of organic coffee, a chunk of grass-fed unsalted butter and coconut oil and is said to give you added energy; make for a clearer, more focused mind; and even help with weight loss. This may also make it into an upcoming column, so I won’t go into much more detail here, but rest assured people swear by its benefits.

That extra energy certainly comes in handy when you’re waking up long before your fellow humans. I actually recommend sleeping in on Saturdays in order to help survive, because you might find yourself falling asleep in the middle of the afternoon…

“Oh my! Marge just fell asleep in her Cobb salad!”

“No. She just reads Michael Korb’s column in Gulfshore Life.”

“… but he does have a wonderful head of hair.” 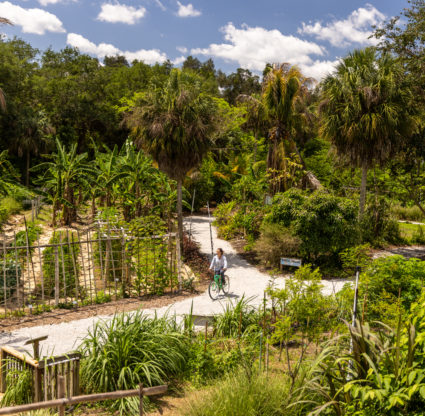 For 40 years, ECHO global farm has connected dots to feed the world’s hungry from its home in North Fort Myers.
CONTACT US TERMS OF USE