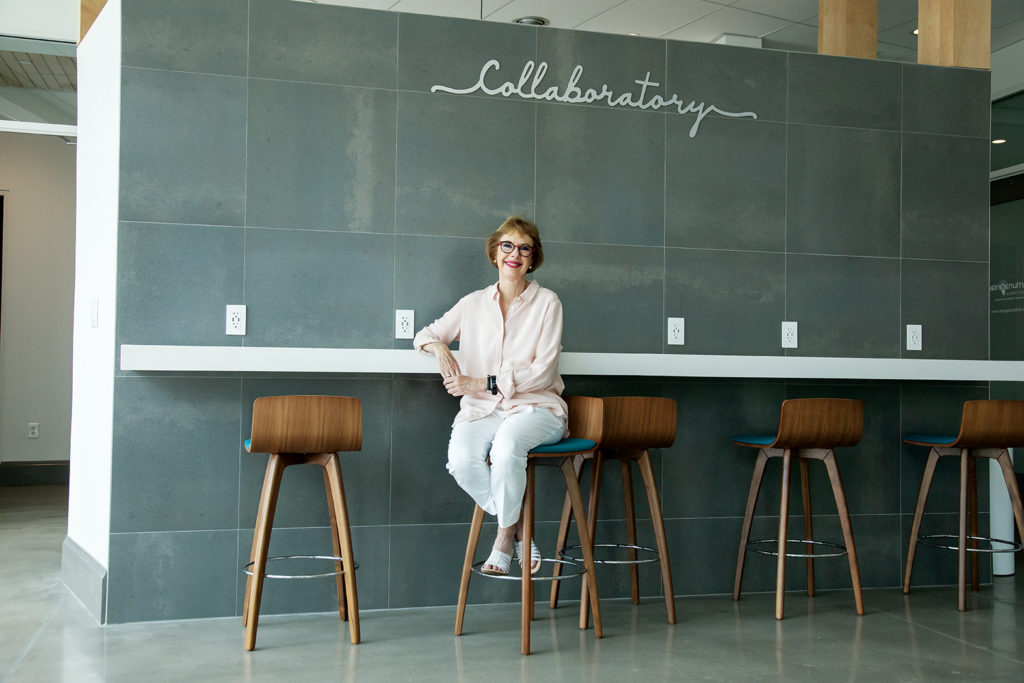 “I certainly do not see myself as a philanthropist,” says Dawn-Marie Driscoll, 72, “but I think at some point you start to think about whether you can make a difference while you’re still alive.”

When it comes to making an impact, the Cape Coral resident believes strongly in endowed funds. Those are investment funds that only draw on the interest generated, not the principal. Because the principal is held in perpetuity, it supports the community into the future.

“Rather than just writing a check and making a contribution to a nonprofit,” she says, “I think endowed funds are the best way to start something that will continue, even if you start it now with a little bit of money and then you leave 10 to 50 percent of your estate down the road.”

Driscoll and her husband, Norman Marcus, who passed away in 2018, started the Norman Marcus Scholarship Fund through the Southwest Florida Community Foundation in 2014. It awards scholarships to students in five counties—Lee, Hendry, Glades, Charlotte and Collier—based on need, many of them first-generation college students and immigrants.

“We started that with a little bit of money, and when he died a lot of people contributed to it,” Driscoll says. “I believe we can do more together, with other people.”

Driscoll also co-created the Land of Opportunity Fund, which focuses on legal services for local immigrants.

“We started this initiative long before the last election, so it’s not political,” she says of the fund. She adds that all Americans are immigrants. Her husband was the son of Russian immigrants. She traces her own roots to Ireland and Poland.

“My husband and I were longtime scholarship application readers, and the most heartrending stories were from students who were valedictorians, who were immigrants, or their families were immigrants, who lost everything in the 2008 recession,” she explains. “They were superstars in school, working two jobs to support the family, then you discover that they thought their papers were filed to put them on a path to citizenship—some of the families have lived here 10, 20, 30 years—and they were taken advantage of by ‘notarios.’ You look at that problem and you say, ‘Who’s providing legitimate, affordable, ethical legal services for immigrants?’ The answer is hardly anyone, and not in a coordinated way.”

Driscoll’s philanthropy also includes a donor-advised fund at the foundation, through which she makes charitable contributions (more than 50 in the last few years). She’s a donor to the foundation’s Women’s Legacy Fund and the LGBT Fund, and she has given to such groups as the Leadership Conference of Women Religious. A lawyer, Driscoll admires groups that focus on social justice work.

The best asks, she says, come with a lot of passion. For example, recently a friend was spending 24 hours on a birding marathon, identifying as many species as she could, to raise money to rebuild a popular birding trail.

“She’s a huge birder,” Driscoll says. “She travels all over the world to see different species of birds. Believe me, that is not my thing. So, I’m not going to be out there doing it, but I’m going to support her. When I get a pitch from someone I know who is not only passionate about a subject but out there working in it, I’m on it.”

Another example? A friend’s grandson camped overnight in a cardboard box as part of a local group’s charity drive to raise money to support the homeless. For that kind of passion, Driscoll says, she’s happy to make a donation.