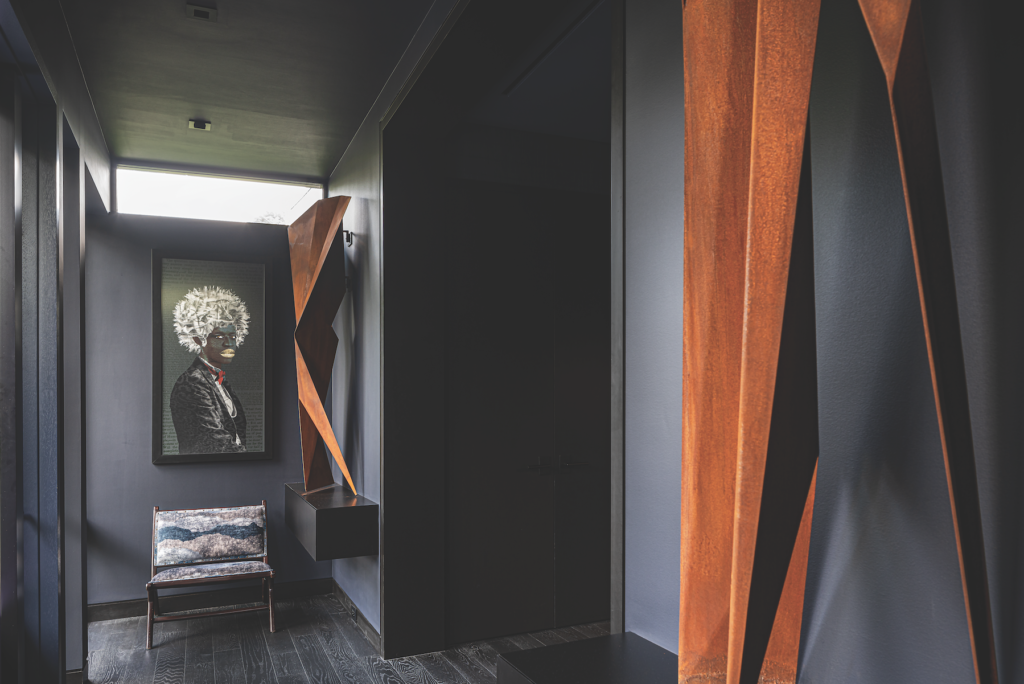 Peggy Ann knows what she likes.

When the Milwaukee, Wisconsin, resident and former CEO of Empire Level tool company decided she wanted a change from her downtown Naples pied-à-terre, she found the iconic 1960s Butterfly House in the Lake Park area to be for sale in 2015 and immediately made a winning offer. She then called well-known architect Andrea Clark Brown, who quickly gave her some bad news. The wooden structure was riddled with termite damage.

But the Butterfly House, known for its dramatic inverted roofline, had already captured Ann’s imagination. Her previous residence was “like walking in Paris,” according to Clark Brown, and the modern lines of the new space presented a challenge worth pursuing. “I knew this area was changing,” says Ann, whose previous residences have regularly been featured in magazines in various cities. “They were trying to get artists to move into the neighborhood.”

A noted collector of contemporary art and with a design eye all her own, Ann foresaw an opportunity to recreate a gem and expand her design lexicon, inspired by the artistry of a renowned Milwaukee interior designer, Jon Schlagenhaft, who died in a plane crash back in 2008. “It’s unusual to say, but I had never met or even heard of this interior designer until he was killed in a plane crash (in 2008),” says Ann.

And so she and Clark Brown documented every inch of the original house and set about reimagining it in a modern way.

“Peggy had a vision,” says Clark Brown. “And because she was willing to make compromises, such as having just a carport instead of a garage, we could maximize the size of the new house on what is a fairly small lot.” Pie-shaped, the lot narrows onto one of the neighborhood lakes. But it allowed for the front entryway to be optimized.

>> Read the full story in HOME