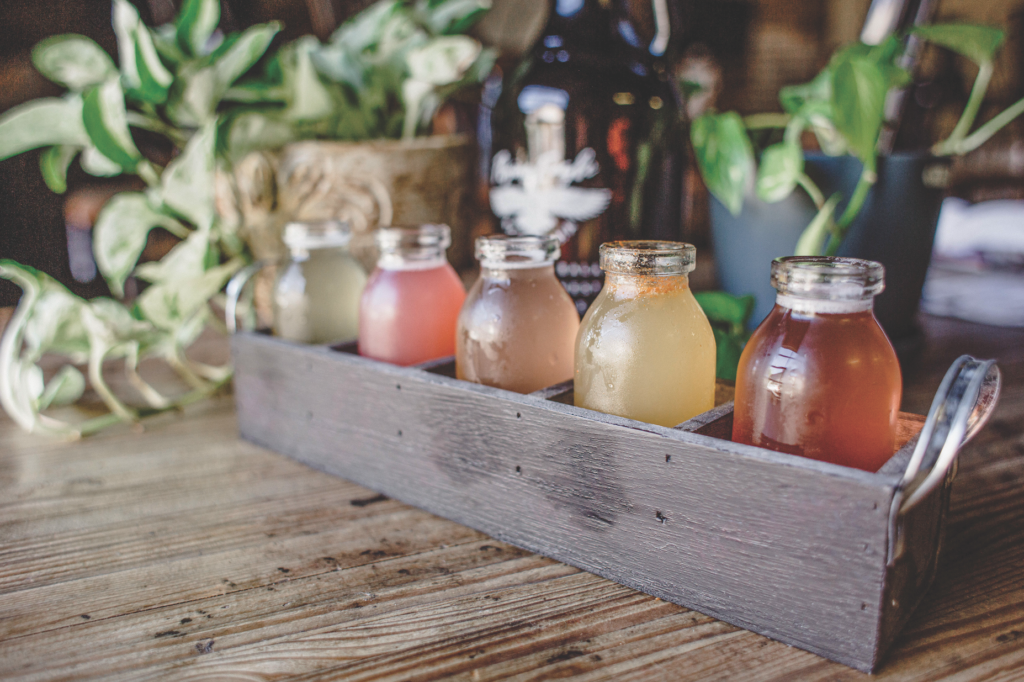 Maddy Eagle is a strong believer in the power of kombucha.

When she was in her mid-20s, she began to experience digestive problems and inflammation in her joints. While researching all-natural solutions, she discovered kombucha, the fermented tea beverage filled with gut-friendly probiotics that some say help with everything from arthritis to acne to irritable bowel syndrome. Eagle would drink kombucha when she felt a flare-up coming on, and her symptoms would disappear. 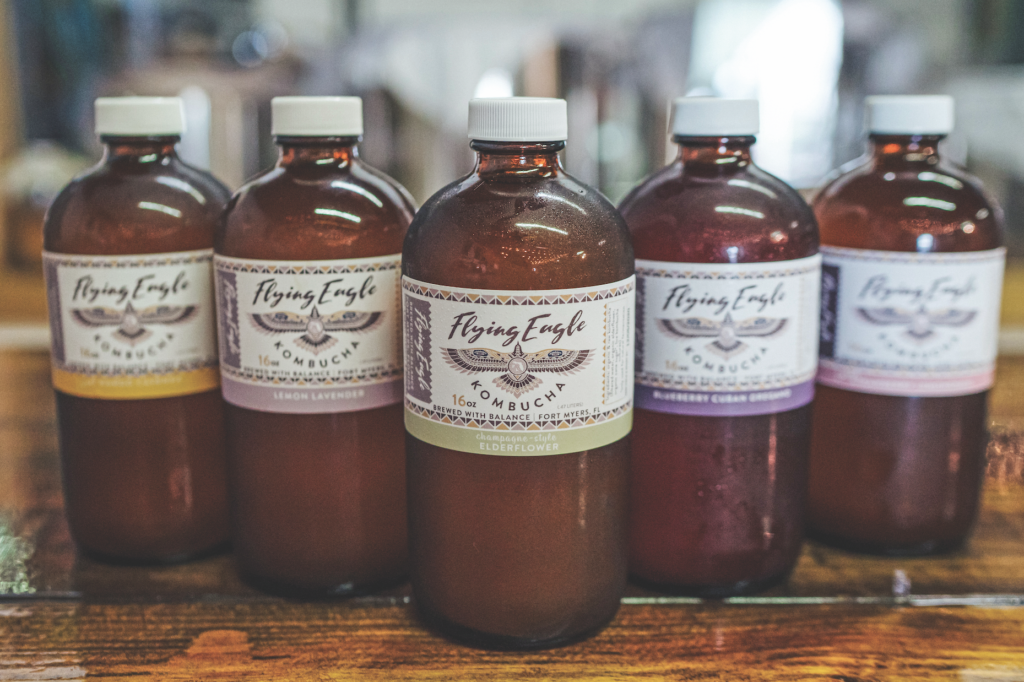 It wasn’t long before she began making her own version of the fizzy drink at home. In September 2018, she started selling her homebrew at farmers’ markets, under the brand Flying Eagle Kombucha. This fall, she launched her first taproom at Millennial Brewing Company in downtown Fort Myers.

The health benefits had a lot to do with starting the brand, but she soon recognized another appeal in her potions. “I also really just wanted a nonalcoholic beverage that gave me that rewarding feeling at the end of the day. I wanted something that uplifted my vibrational frequency, rather than dumbing it down.”

She is definitely onto something. Kombucha has been consumed as a health tonic for centuries. It first appeared in China around 220 B.C. under the Tsin Dynasty and was revered for its ability to detoxify and energize the body. Another 600 years later, a physician named Kombu brought the fermented tea to Japan, where he used it to heal the digestive troubles of the emperor.

Its popularity quickly spread. Eventually, trade routes took the drink to Russia, then Eastern Europe and finally into Western Europe. By the mid-20th century, it was widely consumed in Germany, France and Italy. Today kombucha is widely available across the United States. Proof that kombucha has gone mainstream: PepsiCo acquired brewer KeVita in 2016 as part of its brand portfolio.

KeVita isn’t the only type of kombucha available nationwide. Local grocery store shelves are filled with a variety of offerings like Health-Ade, 221 BC, Humm, Big Easy Bucha and Mother Kombucha, which is made up the road in St. Petersburg.

Eagle’s brew is available at local farmers markets as well as her taproom at Millennial Brewing. She likes to get creative with flavors, often sourcing local ingredients. Some of the current offerings include  lemon lavender, mango cayenne and blueberry Cuban oregano—a blend of various berries, tart cherry and pomegranate. She also recently added elderflower. “The elderflower is my Champagne-style kombucha,” she explains. “It’s buttery and smooth and sparkling. We serve it in the taproom in a Champagne flute, and it makes you feel fancy.”

She likes to rotate brews based on what’s currently growing—a rosé-like roselle and apple-spiced kombucha’s in fall, jackfruit in summer.

Eagle locally sources as many of her ingredients as she can, opting for cold-pressed fruits and herbs to infuse the brews with natural flavor. The mangoes for her mango cayenne kombucha, for example, come from FruitScapes in Bokeelia. Southern Fresh Farms, in Fort Myers is another favorite resource.

Many of kombucha’s health claims are anecdotal in nature, with plenty of people—like Eagle—who swear by it. At the very least, it sure makes for a nice drink on a hot Florida afternoon. 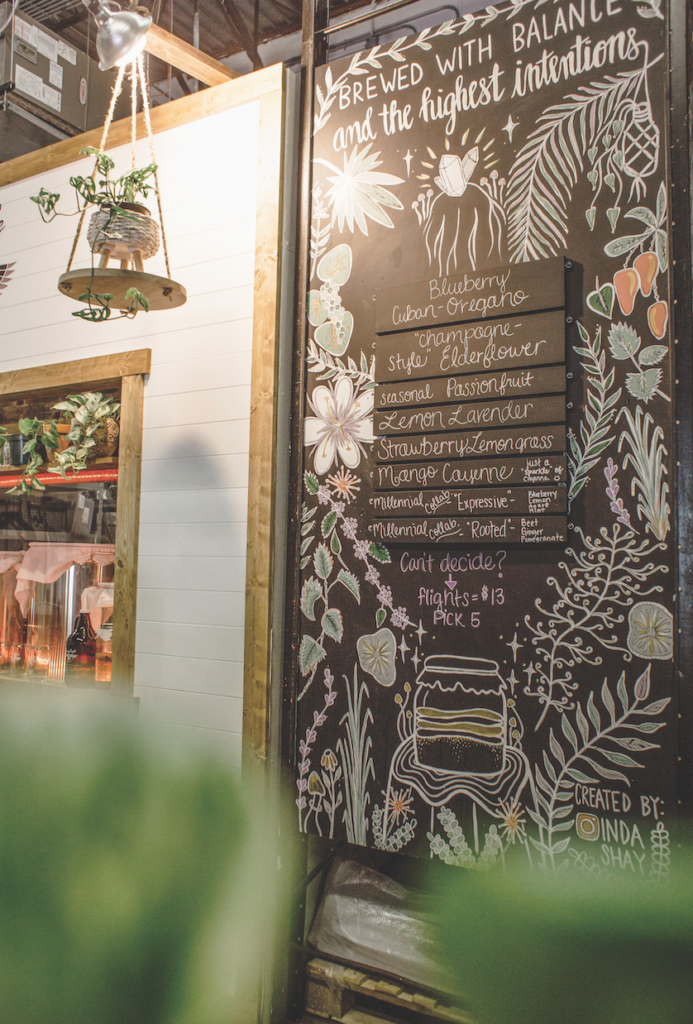 Photos courtesy of Laurenmarie.co (3) and Grind and Press photography (1)